The Best of Indian Vegetarian Dishes

For many food lovers, vegetarian dishes can be an acquired taste. But you don’t need meat to have a great, satisfying meal, and these delectable Indian delights are here to prove just that.

Dishes from India can be considered a hotspot for the vegetarian dish brigade.

We, here at DESIblitz, will help you get the veg edge with Indian culinary practices in order to help you circumvent the catch-22 of your diet habits.

Years of gloating and counter gloating between vegetarian lifestyles and non-vegetarian eating habits have presented a blurry picture that is difficult to construe.

But now the verdict is finally out. After years of observations, deliberation and desertion among the global community, the vegetarian diet has been conferred as an unbeatable healthier companion vis-à-vis a non-vegetarian diet.

When it comes to the world’s most renowned palatable vegetarian dishes, it is hard to quantify the contribution of Indian cuisines.

The rich assimilation of various ethnicities in the world’s biggest food-loving nation has paved the way to a vegetarian food culture which is unparalleled, if you dare to compare that is, to any other part of the world.

Here are some of the best vegetarian dishes that India has to offer in order to revive the vegetarian in you: 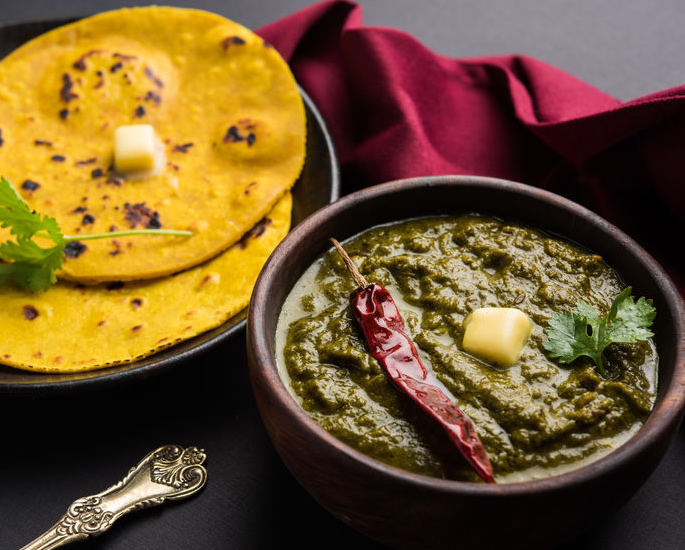 One of the staple diets from the houses of northern India is Sarson Ka Saag. In simple words, this dish is the best nature can offer to homo-sapiens.

Sarson Ka Saag is a typical dish from the Punjab which is prepared with fresh spinach, green chillies, garlic, mustard and a hint of ginger.

A perfect garnish to complete this dish is the copious amount of butter poured over the top. Sarson Ka Saag is best enjoyed with flat Indian bread made of maize called Makki Di Roti. A healthy nirvana! 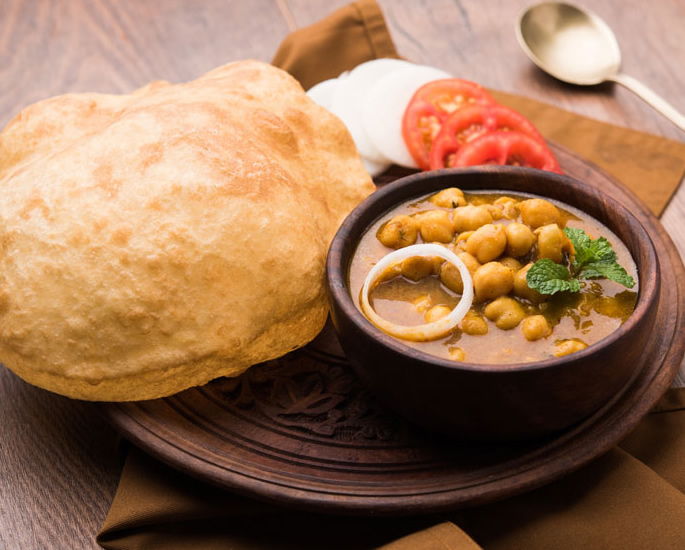 Another vegetarian dish for the travellers of northern boulevards is Channa Bhatura. A delectable dish, Channa is essentially a curry made from chickpeas, vegetables and spices.

Bhatura is a deep fried Indian bread which is served with Channa and onions dipped in chutney. This one for the wishful heart! 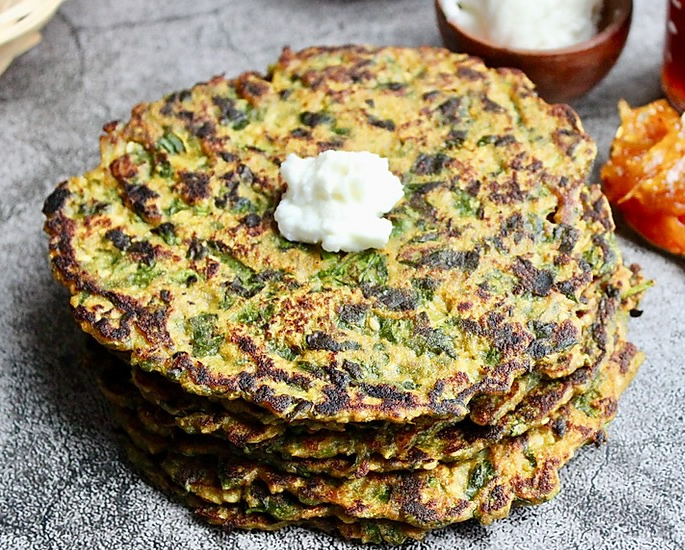 The western winds from India bring with them gamut healthy dishes which are relished more like snacks. Dhokla, Khakra, Methi Na Thepla are just some of the offerings available from the vibrant state of Gujarat.

Prepared from basic ingredients such as rice, maize flour along with simple spices, these dishes taste best with Tamarind and Mint-Coriander Chutneys. A must-have in the diet plan of calorie conscious people. A silent riot! 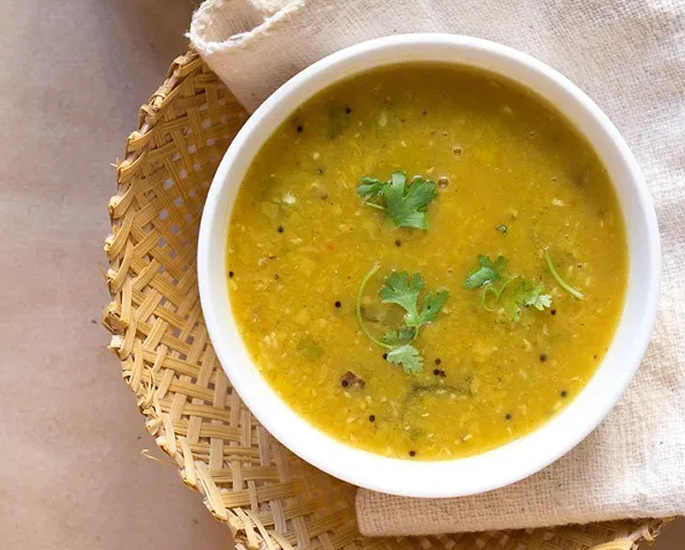 Another dish that should be tried when in India is Aamti.

Aamti is a dish from Maharashtra which is prepared with moong beans, tomatoes, green chillies, curry leaves along with various spices to amplify the flavour. Simple yet delicious! 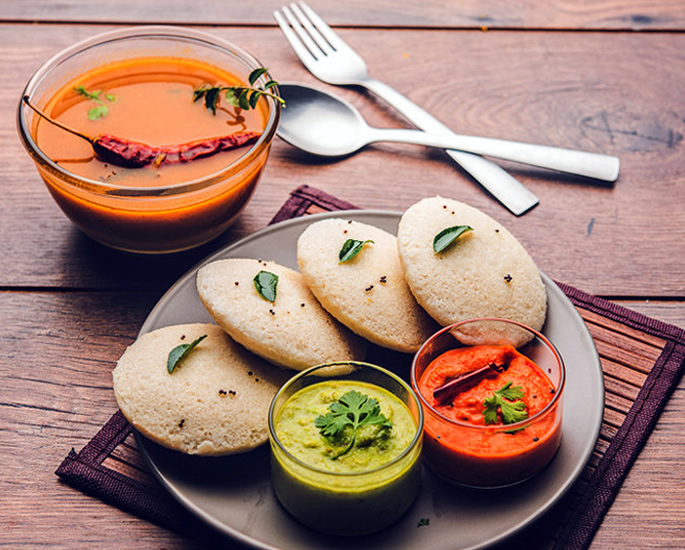 On top of the list is a dish that has been credited as one of the most nutritious dishes in the world by the World Health Organization.

Idli Sambar is a traditional breakfast in a South Indian household.

Idli’s are prepared with rice and lentils and streamed at an appropriated temperature. Sambar is a vegetable stew served with Idli. Hearty, Healthy, Holistic! 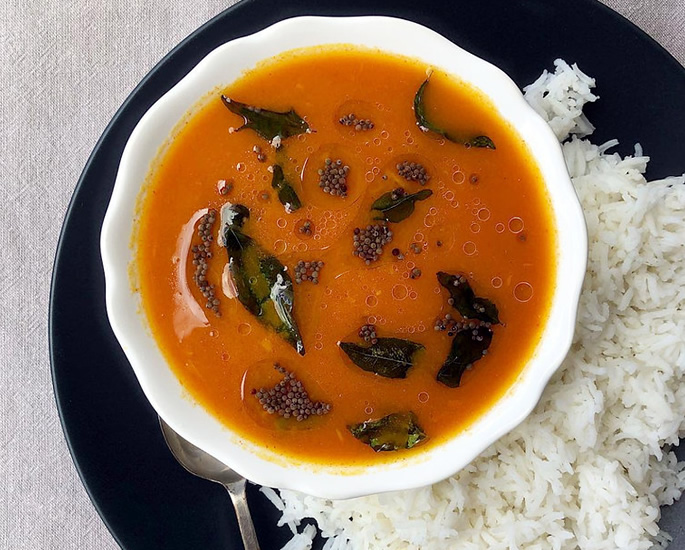 A soup-like dish best enjoyed with the vegetarian main course is Rasam. Served hot, this dish is a consortium of boiled down vegetables so as to extract all the nutrients. This is then served best with plain white rice.

Rasam is not only light around the waist but also serves as a great post-meal palate cleanser. Chug down the health! 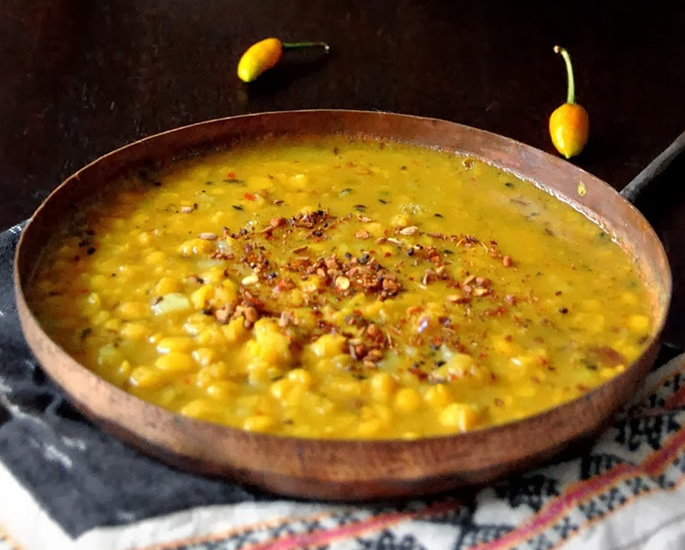 Cholar Dal is a Bengali dish that is prepared from gram divide (chana dal) along with a plethora of other ingredients to exemplify the taste.

It is served hot with luchi, which is an Indian deep-fried bread made of wheat flour. Subtleness redefined! 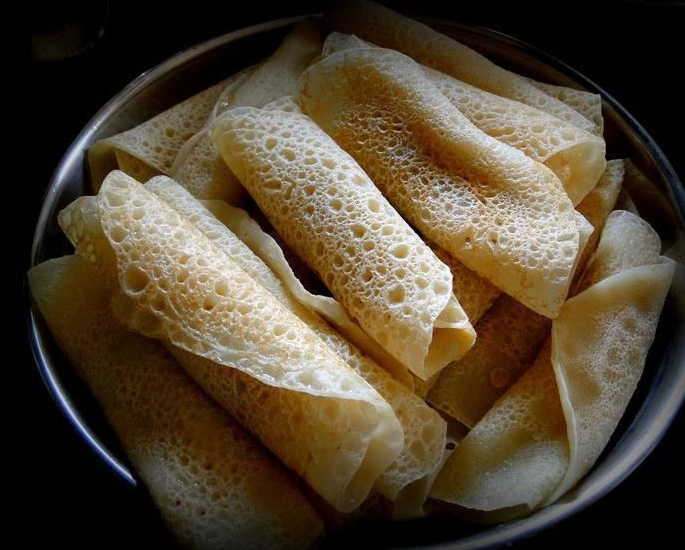 Kholasapori Pitha is a rice pancake that is prepared on an earthen plate called Khol.

Made with rice powder batter, onion, salt and water, this Assamese cuisine is served with chilli sauce and raw onions to bring out the taste. A melt in the mouth experience!

Dishes from India, without a doubt, can be considered a hotspot for the vegetarian dish brigade.

With such an eclectic culinary list, the only thing that is left on your to-do list is to try each and every dish that India has to offer.

So explore, gorge and flog your taste buds to proudly say that you are well-vetted, the vegetarian way!

Dreamer by day and a writer by night, Ankit is a foodie, music lover and an MMA junkie. His motto to strive towards success is “Life is too short to wallow in sadness, so love a lot, laugh loudly and eat greedily.”
A Journey of Pakistan’s Food
Mocktails ~ the Non-Alcoholic Cocktails