A Journey of Pakistan’s Food

Since time immemorial Pakistani cuisine has been enjoyed by a host of local and foreign foodies. DESIblitz explores the origins of some of the most famous Pakistani dishes and specialities.

Pakistan’s food is a rich variety of spicy and aromatic delights.

Pakistan has long been considered a food lover’s paradise.

The country offers a wide range of delectable sweet and savoury dishes in each of its four provinces.

We will now set foot on a mystical food odyssey that will take us to the heart and origins of the nation’s best loved chow.

A TASTE OF SINDH 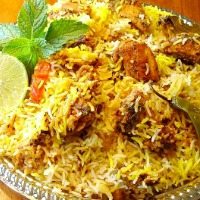 Sindhi Cuisine refers to food dishes, which are native to the region of Sindh, Pakistan. It is eaten in many countries including India, where a large number of Sindhis migrated following the Partition of the sub-continent.

Flaky wheat-based flatbread known as Phulka, and rice accompanied by two gravy based dishes are staples in every Sindhi meal.

Sindhi Biryani is one of the most popular specialities that can be found in the region. Infused with an interesting blend of aromatic spices and tender chicken, this mouth-watering treat is a must try. Its spicy zest differentiates it from other types of biryani.

Interior Sindh is known for its scorching weather and dry winds. Locals often refresh themselves by drinking a chilled glass of Thadal. This delicious drink is prepared using dry fruits, pepper, almonds and poppy seeds. Known for revitalising the spirit, this energy booster is extremely popular amongst village folk.

Hindu Sindhi’s are also extremely fond of a sweet dish commonly known as Mitho Lolo. This dish consists of sweetened griddle-roasted bread covered with a sprinkle of cardamom. It is sometimes accompanied with chilled buttermilk called Maatho on special occasions.

AMIDST THE TOWERING KHYBER-PAKHTUNKHWA MOUNTAINS 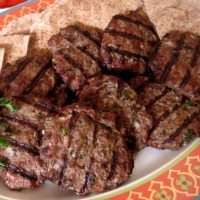 Pashtun cuisine is strongly influenced by the rich cultural surroundings of the region. It is based mostly on a combination of cereals like wheat, maize, barley and rice as well as a host of meat dishes that includes lamb, beef, chicken, and fresh fish.

Like their Turkish/Central Asian ancestors, Pashtuns are avid meat eaters. After a long and tiring day working in the rugged mountainous terrain, locals are famished.

To satisfy their voracious appetites, a meal of skewered kebabs is cooked and eaten. Local kebab-based specialties include Seekh, Shami and Chapli kebabs. Following the meal, a cup of steaming green tea called Kawa is drunk to help aid digestion.

Lamb is the preferred form of meat amongst the Pashtun population. Kabuli Pulao is the most loved rich-dish amongst local foodies. It consists of steamed rice mixed with lentils, carrots, raisins and lamb.

This concoction of ingredients is baked in the oven and topped with fried sliced carrots and raisins. Chopped nuts like pistachios or almonds can also be added. The meat is covered by the rice or buried in the middle of the dish.

ON THE PLAINS OF BALOCHISTAN 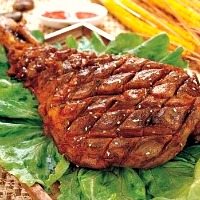 Pakistan’s largest province provides a myriad of options for both local and foreign food connoisseurs.

Significant Balochi dishes such as the lamb-skewed Sajji have gained tremendous popularity among different parts of Pakistan. This includes the metropolitan hubs of Karachi and Lahore as well as rural areas.

Sajji consists of whole lamb marinated in salt and green papaya paste, stuffed with rice, and then roasted over coals. Accompanying it is a sideline of Tandoor baked Kaak or naan. This tasty dish is highly recommended for those individuals who like experimenting with unusual tastes and flavours.

A Balochi Classic, Khaddi Kabbab, is a dish in which locals cook a whole lamb or goat directly on fire. The lamb’s stomach is filled with raw rice and herbs. The remarkable aspect of this process is that rice is cooked using the lambs own fats rather than other oils.

Fish lovers are in for a treat. The Makran coast is home to large amounts of trout, bass and salmon. Popular fish dishes include Fried and Masala Machli. Gorge yourself on some of the most scrumptious seafood this country has to offer. 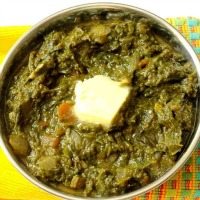 The love of food is deeply ingrained in Punjabi culture. One of the main characteristics of Punjabi cuisine is its wide range of dishes. Food is usually cooked using ample amounts of ghee or clarified butter.

This gives food a distinctive buttery flavour. Meat lovers and hardcore vegetarians are sure to find delicious food to satisfy their taste buds in this food heaven.

Sarson di saaag and Makki di roti are two of the most loved Punjabi food dishes. Sarson di saaag is an aromatic curry made from a mixture of mustard leaves (sarson) and spices.

Some variants even include spinach in the dish for added colour and texture. This rural delicacy is eaten with a large loaf un-raised corn bread called Makki di roti. Health freaks will love this nutritious vegetarian dish.

Kunna Gosht (Mutton Stew) is another heavenly dish that this province has to offer. Originally conceived in Chiniot, its popularity has now spread all over Pakistan. It is a stew made with large chunks of mutton or beef and an assortment of masalas.

Spices such red chilli powder, turmeric and yoghurt give the gravy a milky flavour that cannot be matched. Complete the meal with a piece of Kashmiri roti and you will find yourself experiencing sheer bliss.

Cool yourself down with a glass of: Mint salted Lassi or Shikanjabeen.

Pakistan’s food is a rich variety of spicy and aromatic delights. These lip-smacking regional dishes create an undeniable spell over whoever tries them. Come visit Pakistan and prepare to have your taste buds set on fire. This food heaven is just a plane ticket away.

Nazhat is an ambitious 'Desi' woman with interests in news and lifestyle. As a writer with a determined journalistic flair, she firmly believes in the motto "an investment in knowledge pays the best interest," by Benjamin Franklin.
The History of Biryani
The Best of Indian Vegetarian Dishes