Ranveer Singh appeared on the cover of a magazine and Deepika Padukone referred to him as her number one husband. He also said he wants many children.

"And I'd like to be surrounded by my many children."

Bollywood power couple Ranveer Singh and Deepika Padukone may soon increase the size of their family, judging by what Ranveer said in an interview.

It is clear that he would like to have children with Deepika but he has not specified how many. Though his answer to this question gave a slight indication.

The actor is currently one of Bollywood’s biggest stars and is far from retiring. However, during the interview, he was asked about his plans once he stops acting.

It was clear that his answer was bold, like his personality. Ranveer said:

“I’d like a sea-facing villa in Goa with a swimming pool where I can cook, paint, watch movies and do yoga. And I’d like to be surrounded by my many children.”

The actor is not afraid about letting the world know how he’s the luckiest guy in the world as he has married the most beautiful woman.

Deepika has said how she feels blessed to be with someone who is so emotional and loving on numerous occasions. 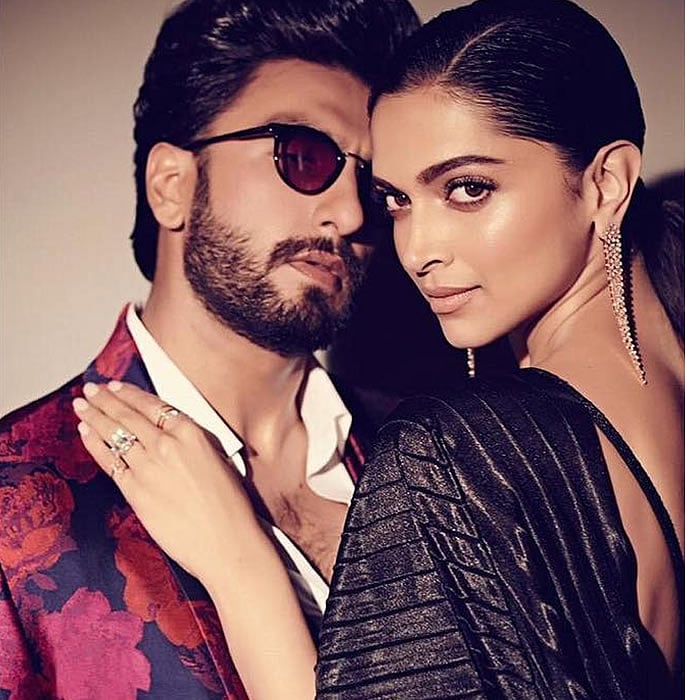 The duo has easily been a fan favourite couple ever since they got to know each other on the sets of Goliyon Ki Raasleela Ram-Leela in 2013.

The couple dated for six years until they finally got married in two beautiful ceremonies at Lake Como in Italy.

They were both lavish ceremonies which were extensively covered during November 2018.

Fans clearly love their PDAs and even Deepika’s social media showcases her love which is a welcoming change.

After her husband appeared on the cover of a magazine, Deepika could not stop gushing.

She could not resist cheering on her love and commented on his latest post which was a photo shoot for Grazia India that tagged him as Hero No. 1.

Deepika could not help but add more titles to his name. She eventually ranked him number one in three departments. 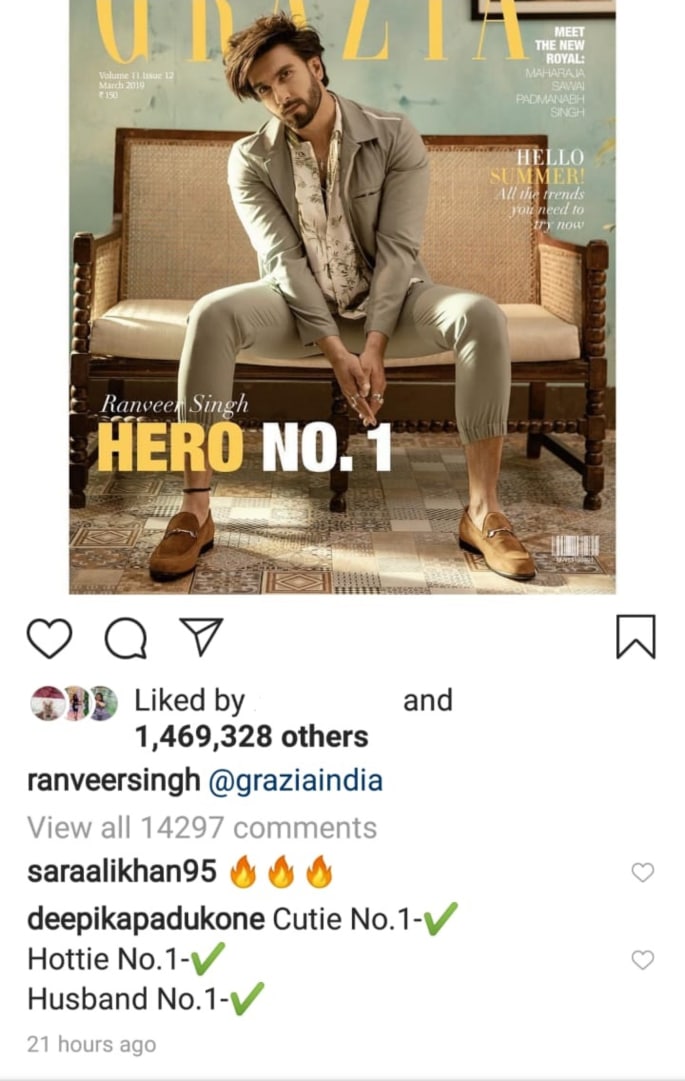 Ever since they got married, the two cannot stop expressing their love for each other and this post is just one example.

Ranveer has not yet responded to his wife’s comment but it will be interesting to see what he says.

As for his comment on wanting “many children”, the couple will eventually have kids, but it may not be for while as both have busy schedules.

Dhiren is a journalism graduate with a passion for gaming, watching films and sports. He also enjoys cooking from time to time. His motto is to “Live life one day at a time.”
Arjun Kapoor and Malaika Arora to Marry in April?
Akshay Kumar is ‘Fired Up’ about Prime Video ‘THE END’