"I stand proud tonight with the Dadasaheb Phalke Award"

The award ceremony was held on 21st April 2018 at St. Andrews Stadium, Bandra in Mumbai. It honoured the work of these popular celebrities for their contribution to Indian television entertainment. Previously, the prestigious awards have also been bestowed upon A-lister Bollywood stars such as Shah Rukh Khan, Aishwarya Rai Bachchan etc.

Hina Khan who became a household name with her TV serial ‘Yeh Rishta Kya Kehlata Hai’  as Akshara recently appeared on the popular reality show Bigg Boss. Hina was a finalist on the show but eventually lost to fellow contestant Shilpa Shinde who is also a well-known Television actress.

Yet, Hina managed to leave a mark with her entertaining stint on the show. The award is being conferred to celebrate her contribution for the same. Currently, Hina has shot for a Punjabi music video with Sonu Thakur and is all set to break her telly ‘bahu’ image with it.

Rumours are also abuzz that Hina may soon be making her Bollywood debut. Her contemporary actresses such as Mouni Roy have already turned to Bollywood.

The other awardee, actor Karan Patel has been awarded as the Best Actor (male)on television. He began his career with Kahani Ghar Ghar Ki and is currently ruling the prime time slot with his famed serial Yeh Hai Mohabbatein where he plays the character of Raman. 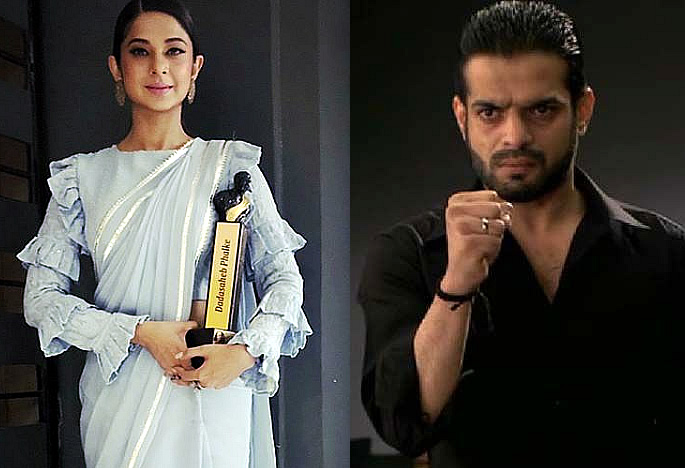 The serial has been consistent in bringing the highest TRPs since the past five years thanks to Karan and Divyanka Tripathi’s adorable on-screen chemistry Previously, he has also been a part of other popular prime-time TV serials such as Kasam Se, Karam Apna Apna and reality shows such as Nach Baliye 3, Jahlak Dikhlaja.

Also receiving this honour was Jennifer Winget. The actress is known for her work in popular TV serials such as Beyhadh and Bepannah which have been high TRP shows on Colors channel. Jennifer even made her Netflix debut with the film Phir Se alongside director Kunal Kohli.

The actress shared her happiness on winning the award in her Instagram post saying, “I stand proud tonight with the Dadasaheb Phalke Award … a nudge to edge me on on the path I am currently on. Humbled and Honoured at the same time. Couldn’t be more grateful to my family of fans, friends and the fraternity. Thank you. Another good night indeed! :).”

The awards recognise the best in Indian cinema and also support the cause of girl child empowerment through Smile Foundation’s She Can Fly initiative. 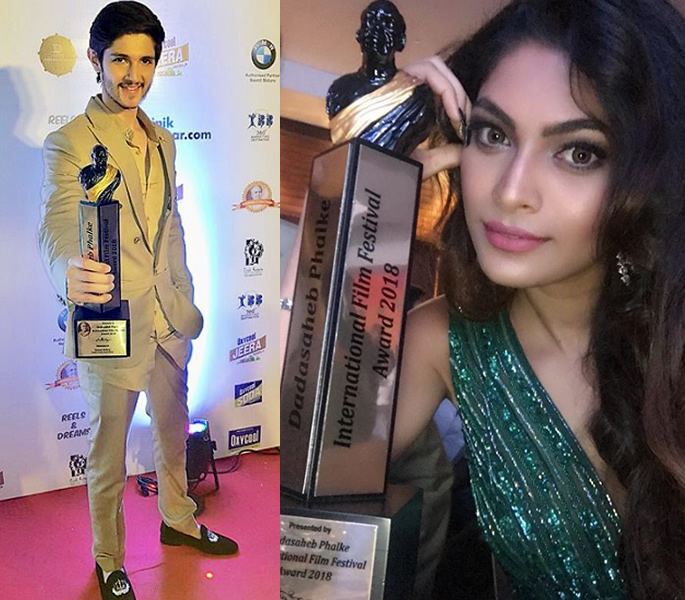 “It is such a great feeling to get this award. I am really proud of doing ‘Newton’. I am glad that the movie is being praised all over the world”

Among the other winners, Bollywood’s Shahid Kapoor was awarded Best Actor (Male) for his role in Padmavaat, Kartik Aaryan was awarded the ‘Entertainer of the Year’ award for his recent film, ‘Sonu Ke Titu Ki Sweety’ and Shilpa Shetty received ‘Best Reality Show Judge’ for the show Super Dancer Chapter 2. . Karan Johar picked up Best Talk Show Host for Koffee with Karan.

Break Through Artist Of The Year
Vikas Gupta

Best Couple of the Year
Prince Narula and Yuvika Chaudhary

Apart from honouring individuals for their exceptional performances, the awards will also focus on bringing attention to the pay gaps that affect women in the industry.

Surabhi is a journalism graduate, currently pursuing an MA. She is passionate about films, poetry and music. She is fond of travelling places and meeting new people. Her motto is: "Love, laugh, live."
Ali Zafar responds to Sexual Harassment allegations
Jimmy Sheirgill talks Acting, Daana Paani and Punjabi Cinema