Check out DESIblitz’s top picks of weekend fashion. Prepare to be spellbound by Alia Bhatt, Sunny Leone and Mouni Roy in stunning princess looks, plus more!

In this weekend fashion, from 29th-30th July 2017, the Bollywood actresses and actors were decked up for the Big Zee Entertainment Awards in Mumbai.

The ceremony was attended by several starlets from Bollywood and Indian television, all dressed up in glamorous outfits.

Aside from our top weekend fashionista stars, other celebs like Aishwarya Rai Bachchan, Sushant Singh Rajput, Bobby Deol and Kajol were spotted at the event.

Nonetheless, let’s take a look at the stars who made fashion statements at the Big Zee Entertainment Awards 2017! 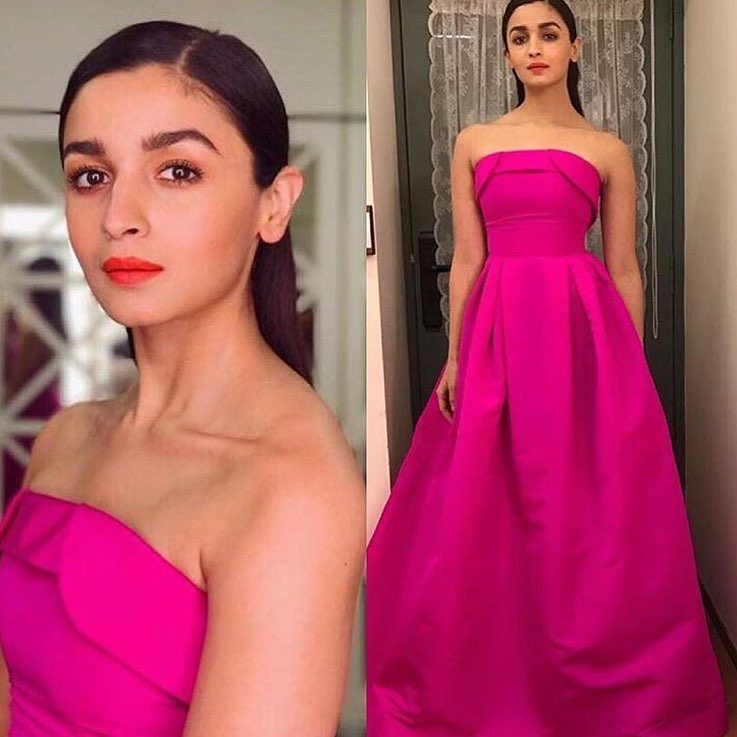 The bubbly and stylish Alia Bhatt was spotted at the Award ceremony in a haute couture hot pink gown, designed by Sachin and Gabi.

The gorgeous frock cascaded all the way down to the ground, with several pleats contriving from the rim of her waist.

She opted for no jewellery, which made her stunning dress stand out. Better yet, her makeup was simple and subtle, with only a pop of orange-pink lipstick.

Alia’s hair was gorgeously pinned back to sleek perfection, and was smoothed behind her ears and to the back of her face.

The star notably won ‘Best Actor Female’ for her role in Udta Punjab. 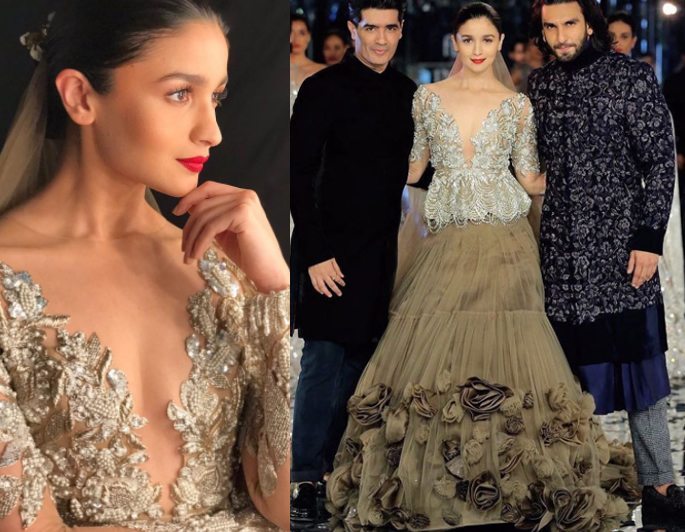 Alia wore a sensational floor-length princess-inspired lehenga with silver embellishments, ruffles and a veil. With a dapper looking Ranveer Singh on her arm, Alia was a true runway showstopper.

The delicate dress is a unique creation of Manish’s. Inspired by earthen tones, the tulle skirt is fixed with silk rose designs, while the top half displays bejewelled leaf and paisley cutwork. 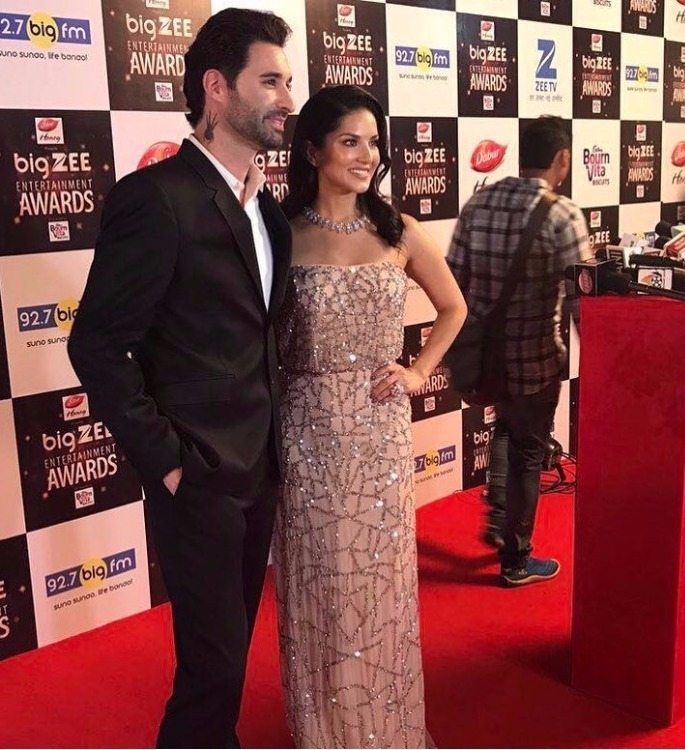 Sunny Leone surely loves her fashion, because she never fails to impress us, whether she’s dancing at a club or attending an Awards show.

In this weekend fashion, the stunner wore a gorgeous strapless gown in a pearly white colour.

The dress was embellished in sparkling, silver sequences which traversed all over, in abstract lines. The genius designer behind the dress was Pria Kataria Puri.

As for the jewellery, a staple diamond necklace highlighted her collar bones and she adorned a white, floral ring on her left hand.

The Piya More dancing queen kept her hair wavy and defined to one side, with matching makeup that was simple yet slightly heavy around the eyes. 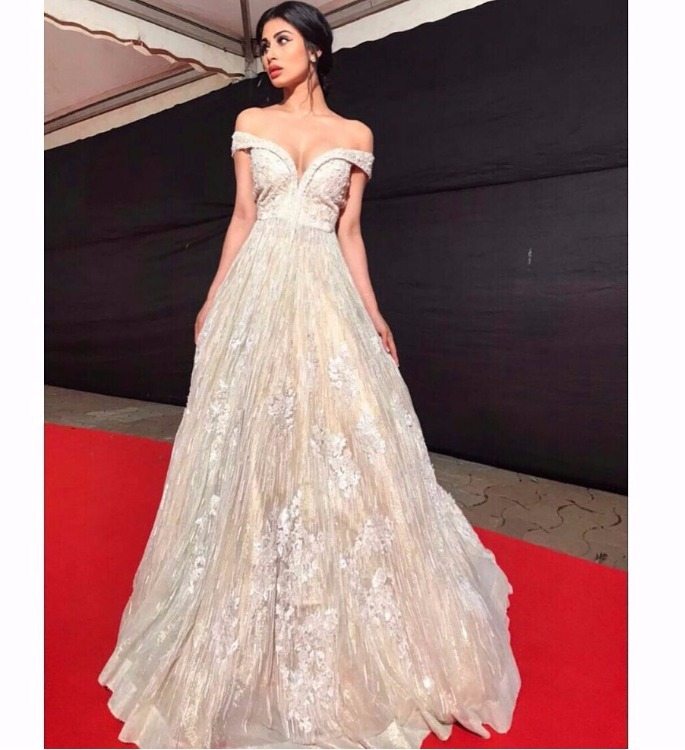 Television star Mouni Roy dazzled in a sensational gown by Soltee. She definitely went bold and showed off some cleavage!

Notice how the gown has an intricate, deep princess-inspired neck design, that drops out into off-shoulder sleeves. The shimmery, white gown, also has finespun embellished designs on it.

Just like Alia, the star decided to go for less jewellery, and only wore studded white earrings.

Yet, her soft and subtle makeup with rose red lips stood out and complimented the dress.

Next, her hair was neatly parted with the remaining swept into a low bun. She left strands of hair to frame her graceful face. 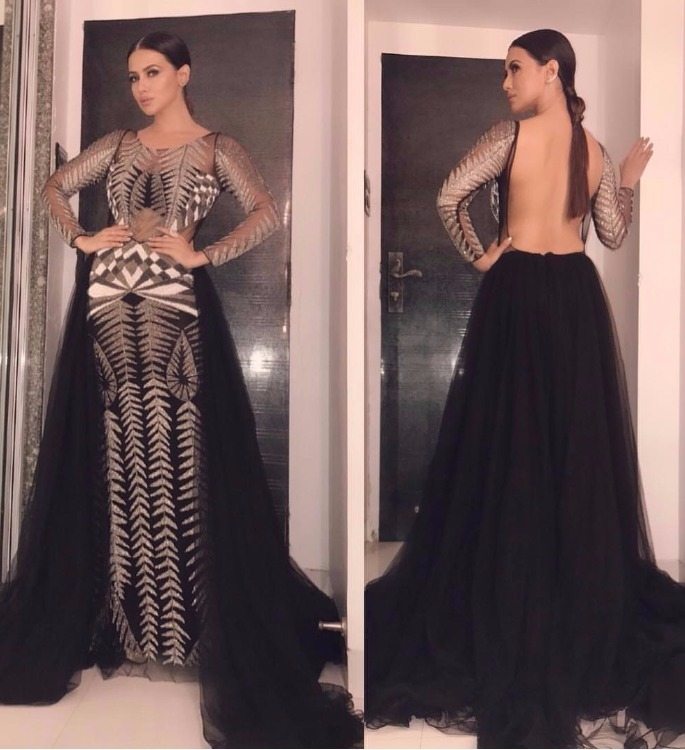 All eyes feasted on the gorgeous Sana Khan’s tribal and tropical gown, which was designed by Nikhita Tandon.

You will identify that the top half of her dress is sheer and long-sleeved, with silver leaf patterns.

Descending to the skirt of her gown, it adorns perpetual amounts of patterns in black and white shades, flowing down to her feet.

Her hair and makeup were on-point too!

The star went for a nude lip and black smokey eye makeup, which matched the exotic dress. Her hair was styled into a sleek, knotted ponytail.

It doesn’t end there! In fact, if you look closely, you will spot her rocking two piercing silver, tribal earrings. 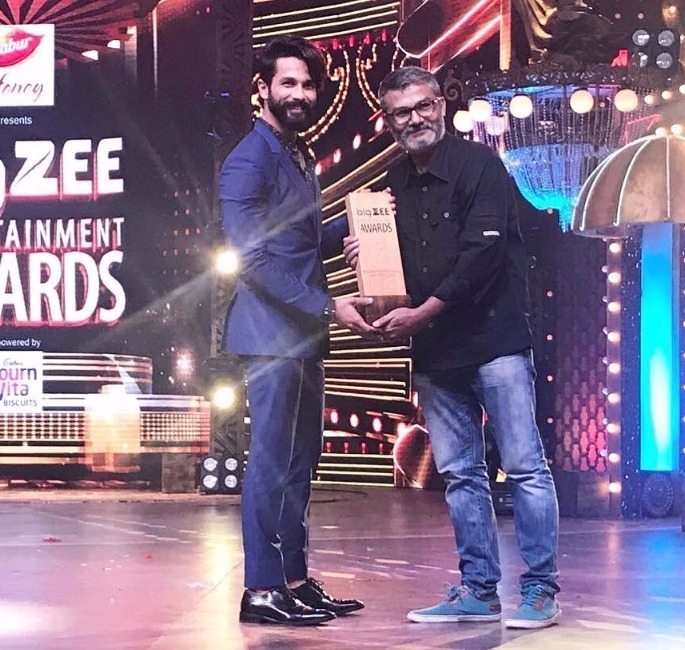 Shahid Kapoor bagged the award for Best Actor Male for Udta Punjab. And no surprise, as his co-star Alia Bhatt also won Best Actor Female for the same film.

He was rocking a taper navy blue suit with a black shirt, that had speckle, coloured dots all over.

He opted to leave his shirt unbuttoned, which added a bold and trendy touch to the ensemble.

To finish off the look he wore classic black shoes and left his hair in a side pompadour, and adorned a classic watch.

For the Weekend Fashion, we were amazed by the shimmering gowns and taper suits which the celebs rocked at the Big Zee Entertainment Awards.

Alia, Sana and Mouni left us speechless with their simple yet elegant gowns that made them look like gorgeous princesses.

As for Shahid and Sunny, they wore equally eye-catching outfits.

The celebs definitely won our hearts for the Weekend Fashion!

And after IIFA Awards, the Big Zee Entertainment Awards proved to be bigger and bolder, with celebs looking sensational as ever.