Mouni Roy slays her Bikini Looks in the Maldives

Bollywood star Mouni Roy left little to the imagination as she shared some bikini looks from her vacation in the Maldives.

“How can someone be this perfect.”

Bollywood star Mouni Roy is a fashion icon, and her most recent pictures prove it.

Roy is currently vacationing in the Maldives with her friends and has been updating her fans on social media.

The star recently took to Instagram to showcase two stunning bikini looks, which had her followers swooning.

She looked sensational in a greyish-blue bikini top and a printed sarong from Aanoukis Swimwear. 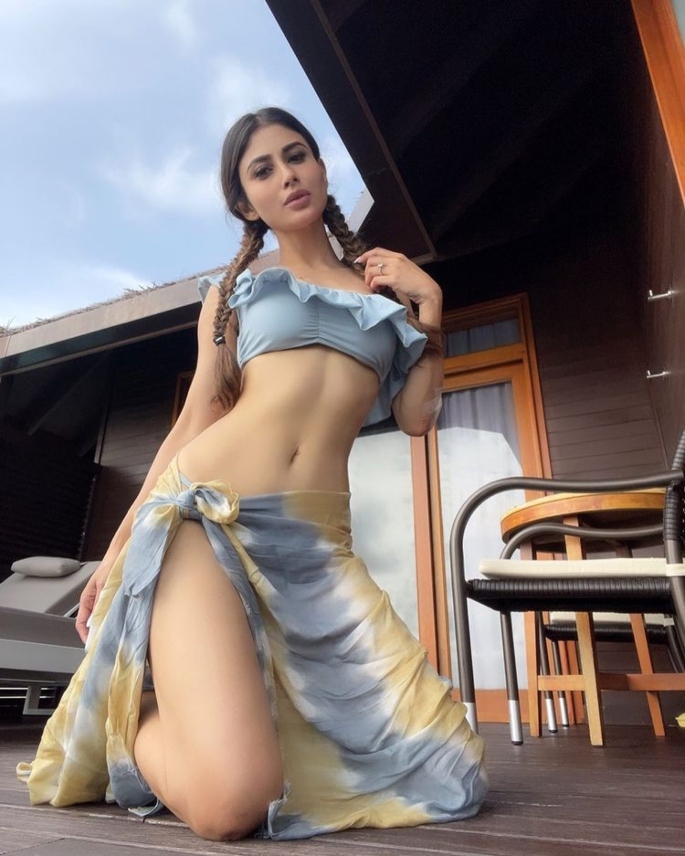 The outfit matched the actress’ perfectly manicured nails, and she chose to go barefoot for the shot.

Mouni paired her outfit with a gold necklace, and she styled her hair in two long braids. Her images, which she posted to Instagram, had a caption, stating: 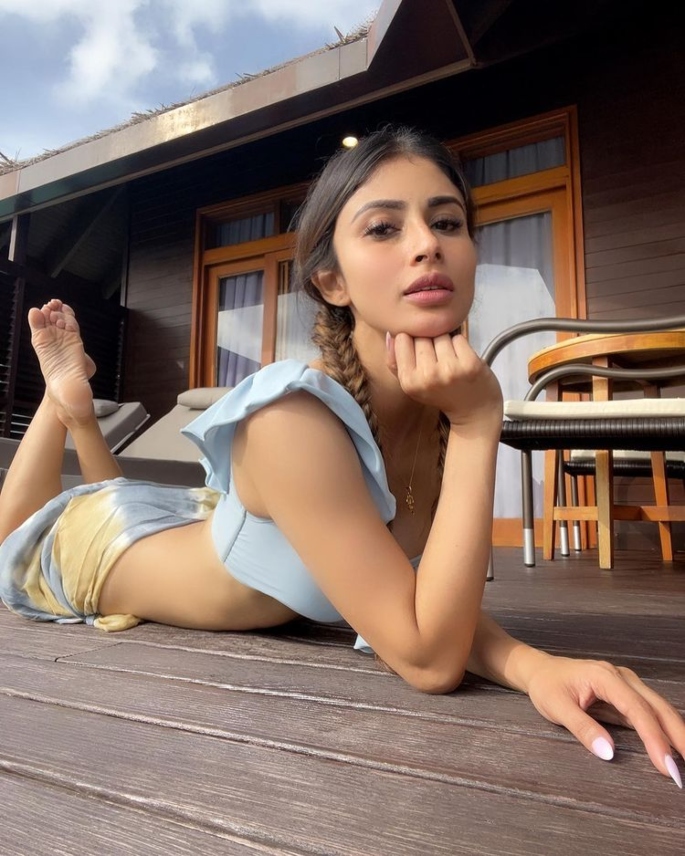 However, one beach look was clearly not enough, as Roy took to Instagram again to post another series of bikini photos.

This time, she wore a dark blue halter-neck bikini top, with a matching ruched skirt from Virgoism.

Pairing the outfit with some statement gold jewellery, the actress left her hair open and wore some dark eye makeup to make them pop. 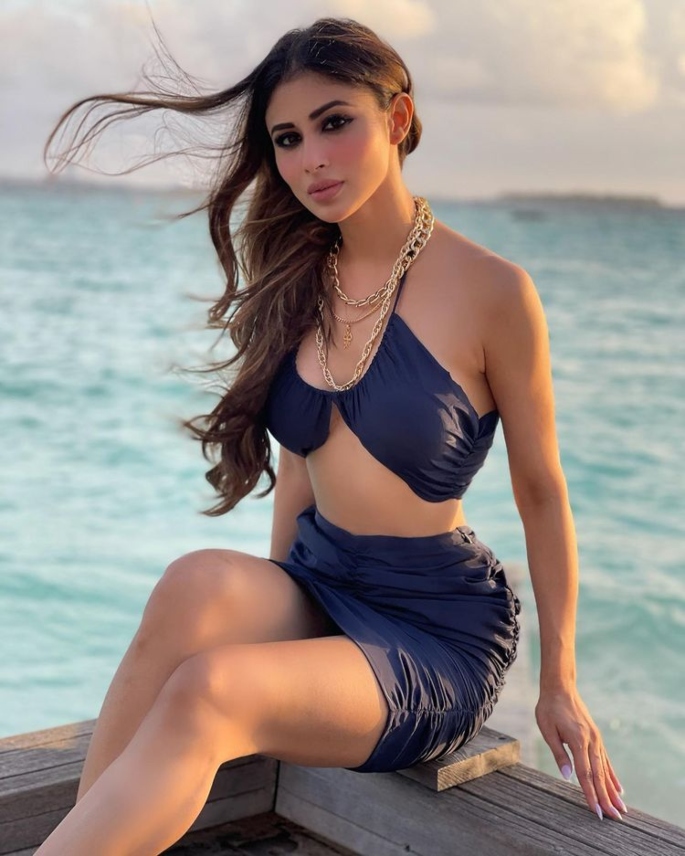 Clearly, Mouni knows how to make both outfits and camera angles work in her favour. Instagram users loved Roy’s second bikini look and took to the comments to tell her so.

Indian actress and model Monica Sharma said: “How can someone be this perfect.”

A third said: “Love this pic.” 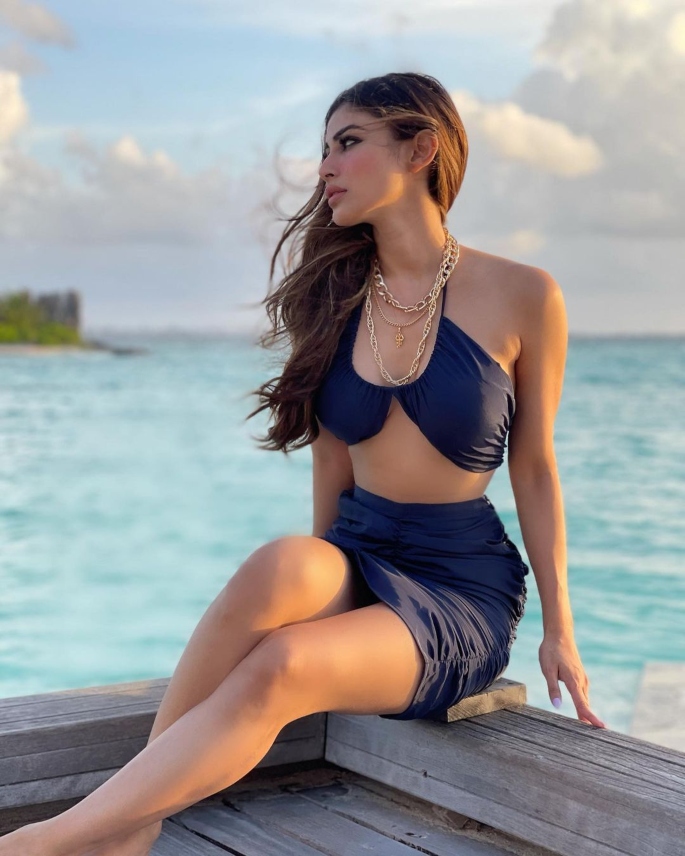 On the work front, Mouni Roy is due to appear in Ayan Mukerji’s Brahmastra.

Featuring alongside Ranbir Kapoor and Alia Bhatt, Mouni will be playing the main antagonist in the film.

According to Mouni, the role of a villain came as a surprise to her. In a previous interview, she also said she wants to make more versatile choices in her acting career:

“I am playing the main villain in the film. I am really looking forward to it.

“What is more liberating for me is playing different characters that challenge me.”

“I was surprised initially when they wanted me to play the villain.

“Ayan Mukerji had seen something from Naagin and felt I could play the villain. So you never know what clicks with whom.

“As an actor you should be willing to experiment and be versatile otherwise you can’t learn and grow.”