New York welcomed the IIFA 2017 Awards, held on 15th July. It was the headline event during a glamourous weekend of live music, fashion and Bollywood masti.

New York was given a Desi makeover as the International Indian Film Academy (IIFA) Awards took over the city. Bollywood stars descended for IIFA 2017, India’s biggest celebration of the film and entertainment industry.

From IIFA Stomp to IIFA Rocks, it has been a spectacular few days in New York so far, and the headline event was no exception.

The evening was filled with performances from some of our favourite stars. From Shahid Kapoor, to Alia Bhatt, to Katrina Kaif, the audience was dazzled with nonstop entertainment.

Kriti Sanon and Sushant Singh Rajput took the audience back a few decades with their nostalgic retro number, while Varun Dhawan unveiled two new songs from his upcoming film, Judwaa 2. 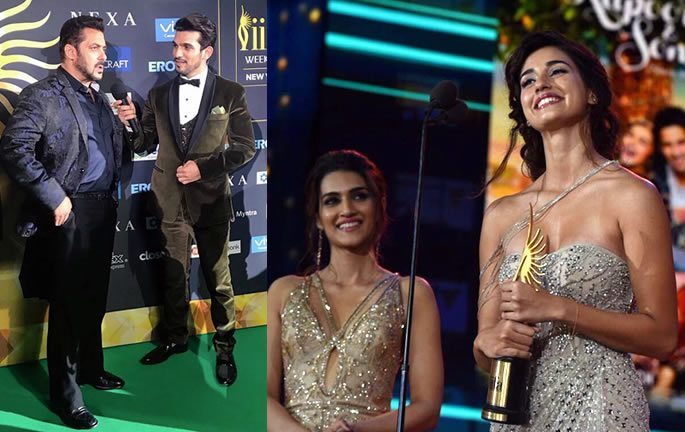 On the Awards side, IIFA debutant Alia Bhatt took to trophy for ‘Myntra Style Icon’ award. A well-deserved prize seeing as her fashion sense for IIFA 2017 has been truly exceptional!

She also bagged the ‘Best Performance in a Leading Role Female’ award for her incredible role in Udta Punjab.

‘IIFA Woman of the Year’ award went to Taapsee Pannu. The actress won over fans and critics with her exceptional performance in Pink alongside Amitabh Bachchan. 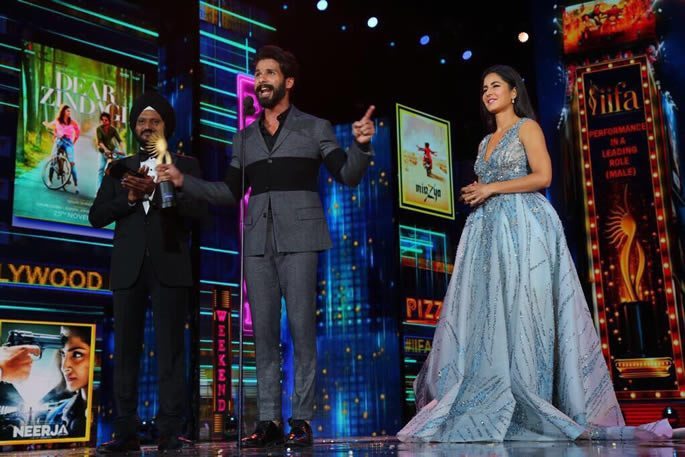 There were three films that swept the awards – Udta Punjab, M.S. Dhoni: The Untold Story and Neerja.

While the drug-fueled thriller saw big awards for Shahid Kapoor for ‘Best Performance in a Leading Role Male’ and even a ‘Best Debutant Male’ award for Diljit Dosanjh. Neerja, based on real-life events, won ‘Best Film’.

Here is the full list of Popular winners for the IIFA 2017 Awards:

Best Performance in a Comic Role
Varun Dhawan for Dishoom

Best Performance in a Negative Role
Jim Sarbh for Neerja 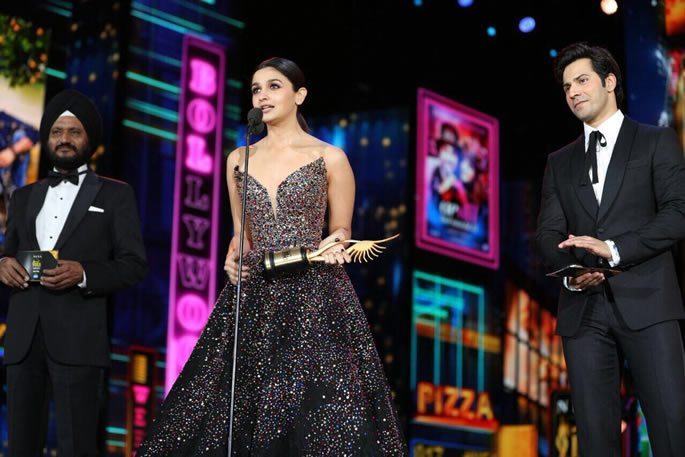 The IIFA 2017 Awards has proved to be another spectacular success. With nonstop hungama, live music, stunning fashion and celebrity sightings, New York has witnessed a complete Bollywood takeover!

Congratulations to all the winners of the IIFA 2017 Awards!