IIFA 2017 arrives in New York with some big Bollywood stars. The weekend kicks off with a special press conference followed by IIFA Stomp in Times Square!

"The only date I do remember is Katrina’s birthday!"

The 18th IIFA Awards in New York has officially begun in full swing. Kicking it all off on Thursday 13th July 2017 was the Press Conference and the open public event in Times Square, IIFA Stomp.

IIFA Press Conference took place at the IIFA Host Hotel, Sheraton Times Square. The hotel buzzed with excitement as there was a crowd of hundreds eager to sight their favourite celebrities.

The press conference included Bollywood stars, media from across the world and other invited guests.

Salman Khan, Shahid Kapoor, Katrina Kaif, Alia Bhatt, Varun Dhawan, Kriti Sanon and Sushant Singh Rajput lit up the stage, and each revealed how they felt about performing at the IIFAs this year, as well as presenting a token of thanks to each of the sponsors.

The performers even danced to cricketer Bravo’s hit song ‘Champion’ on stage, matching his signature moves with him! 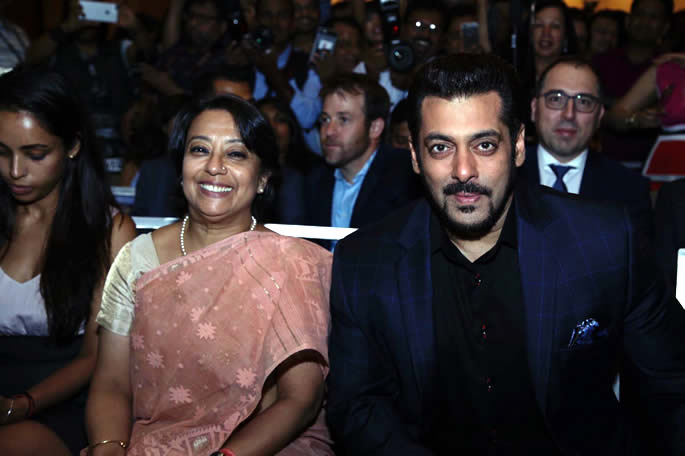 The one star that definitely took the crowd all by surprise, and unsurprisingly also got the loudest cheers, was Salman Khan. Whilst he seemed slightly bewildered that he could not recall the date of the IIFA 2017 Awards, he responded: “The only date I do remember is Katrina’s birthday!”

He made everyone sing ‘Happy Birthday’ to Katrina and gave her a warm hug with kisses on either side of her face. Despite Iulia Vantur being present for the IIFAs with Salman, this made everyone question whether there may be something going on again between the ex-flames and current co-stars, Katrina and Salman.

Katrina Kaif, on the other hand, safely spoke about her performance: “I am not so prepared as I’d like to be but it’s amazing to be here in New York and part of this amazing lineup. I know I’ll be trying to do my best and hope that I’ll have the support of the audience!”

Keeping audiences excited about his performance, Shahid Kapoor revealed that it will be a “big fusion” between East and West. This would include some Michael Jackson tracks as well as his own songs such as ‘Bismil’, ‘Saree Ke Fall Sa’ and ‘Gandi Baat’. 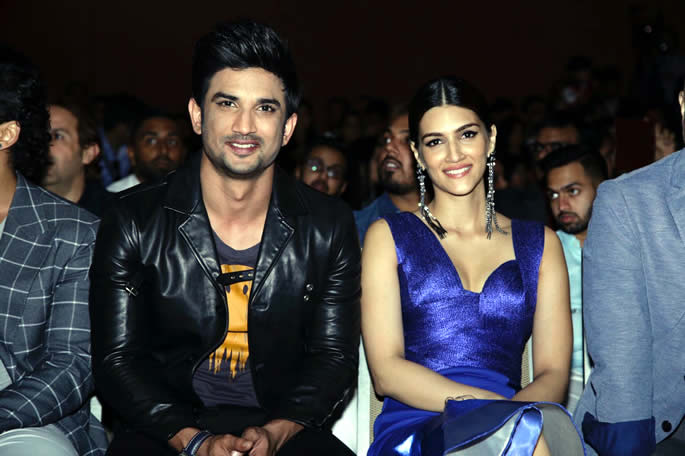 Accompanying Shahid this year is his wife and his newborn daughter to the IIFAs. When asked about how he is finding fatherhood, he described it as being “always good”.

Whilst Shahid is a seasoned veteran when it comes to the IIFAs, this will be Alia Bhatt’s first IIFA performance. She said:

“I have not been part of any IIFA till date and everything happens for a reason. It had to be in New York and had to be when I’m nominated for Best Actress.”

Sushant Singh Rajput revealed how he has enjoyed a full journey with the IIFA Awards where he had been a backing dancer many years ago. This year, he will not only be performing but is nominated for the Best Actor award for MS Dhoni.

Also performing is Sushant’s Raabta co-star Kriti Sanon, who revealed that it’s her first time in New York. Naturally, she had a few places in mind that she wanted to try out, which include “breakfast at IHop and The Cheesecake Factory!”

IIFA has always been special for Kriti as she says: “When I won the debut award, my whole family had come with me for that one award function.” 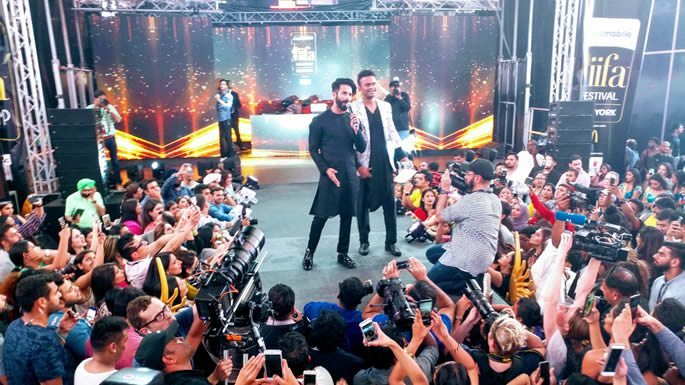 The press conference also included the trailer reveal of the upcoming short film, Carbon. This was launched by producer Jackky Bhagnani and actor Nawazuddin Siddiqui.

IIFA Stomp took place the same evening as an open public event in Times Square. Times Square was bustling with an electric atmosphere and a huge crowd estimated to be over 10,000 during the course of the night.

Amongst all, Disha stunned in a feathered Falguni & Shane Peacock gown and one could see that the hours she had put in the hotel gym had certainly paid off!

IIFA 2017 Weekend has officially begun with zest and zeal. After a star studded first day, DESIblitz looks forward to seeing what the rest of the weekend has to offer with the IIFA Rocks and IIFA Awards! Stay tuned for more!

Sonika is a full-time medical student, Bollywood enthusiast and lover of life. Her passions are dancing, travelling, radio presenting, writing, fashion and socialising! “Life isn’t measured by the number of breaths taken but by moments that take our breath away.”
Jacqueline Fernandez teases Fans with Sexy Pole Dance
Riz Ahmed and Aziz Ansari land Emmy Nominations