Hosted by the one and only Tommy Sandhu, some of the biggest names of the Asian music industry have been lined up for what promises to be a spectacular night of British Asian Urban, Bhangra and Bollywood music and entertainment.

Fans of Desi music can expect some debut UK performances, incredible world exclusives, and some spine-tingling musical collaborations between some of the biggest names in the industry.

He will be joined by Punjabi singing sensation, Imran Khan, who returns to the music scene with a brand new album, which you can exclusively hear first at Asian Network Live.

Adding a hint of Bollywood glamour to the event will be award-winning playback singer, Kanika Kapoor. 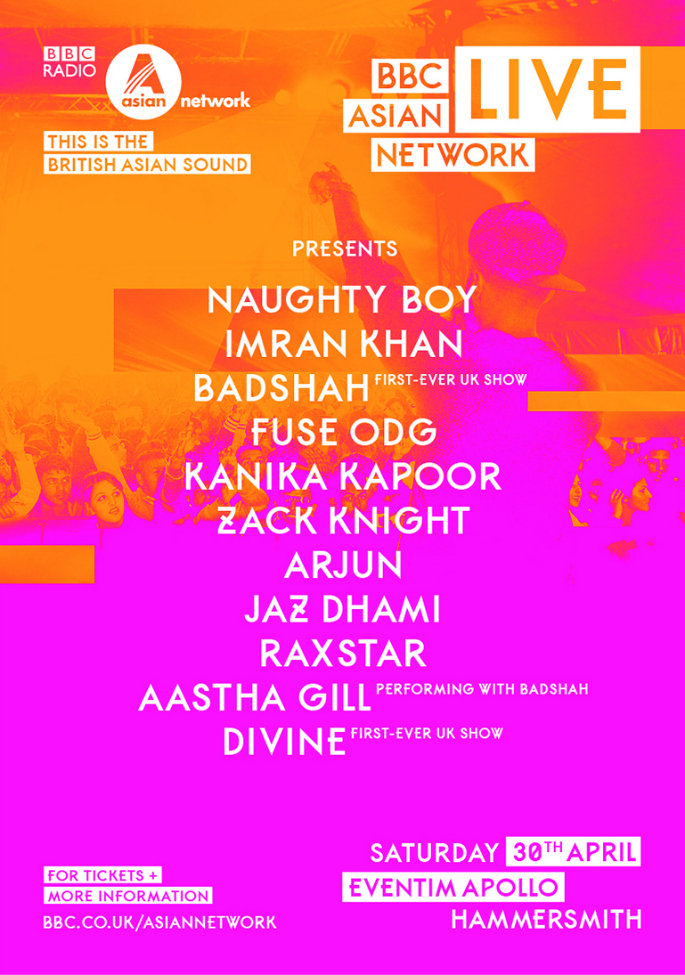 The melodious bombshell will be making an exclusive UK appearance for Asian Network Live and will be reliving some of her biggest Bollywood hits for fans, including the likes of ‘Baby Doll’ and ‘Chittiyaan Kalaiyaan’.

Also taking to the stage are the latest crop of British Asian talents, including the smooth crooner Zack Knight who will perform his new single ‘Ya Baba’.

London rapper, Raxstar who first came to the limelight in 2005, will be performing some of his biggest tracks, including ‘Jaaneman’ – the ultimate rap ballad.

Bhangra star, Jaz Dhami and Arjun will also perform their biggest hits on the night. 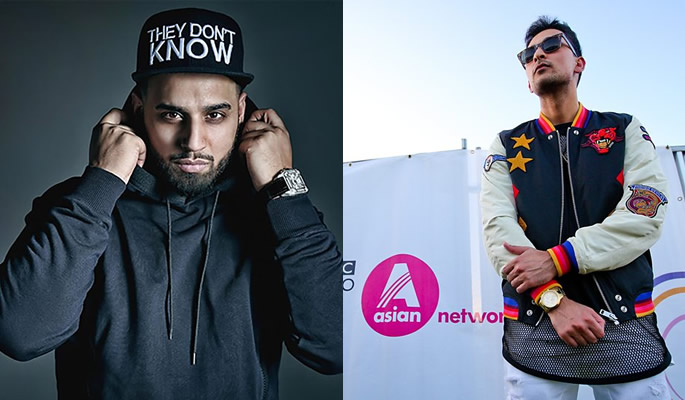 Jaz will be signing his latest track for Bollywood, ‘High Heels’, while Arjun who amazed us with remixes of ‘Tum Hi Ho’, ‘Chaiyya Chaiyya’ and ‘Tujhe Bhula Diya’, will be performing some exclusive new material.

Mumbai rapper DIVINE is already an online viral sensation and one of the young talents to watch out for 2016.

Rapper Badshah who has already crossed musical paths with the likes of Yo Yo Honey Singh and Diljit Dosanjh will perform ‘DJ Waley Babu’ with none other than playback singer, Aastha Gill.

Last but not least, the incredibly talented Fuse ODG, the man behind ‘Antenna’ and ‘Dangerous Love’ featuring Sean Paul. He’ll be joining forces with the other big names for some very special collaborations.

If that wasn’t enough music to whet your appetite, fans can expect entertainment from special guest appearances throughout the night. 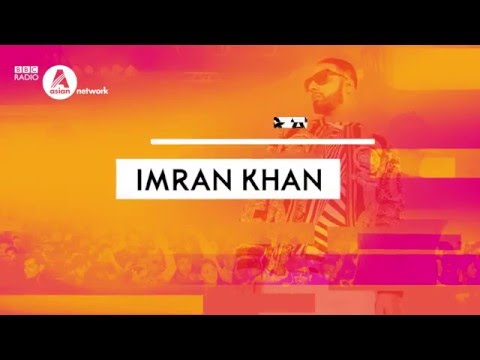 The first ever Asian Network Live will take place at the Eventim Apollo, Hammersmith, London on Saturday 30th April, 2016

Aisha is an editor and a creative writer. Her passions include music, theatre, art and reading. Her motto is “Life is too short, so eat dessert first!”
10 Must Play Bhangra Wedding Songs
Best Dhol and Tabla Covers of Western Songs