Welcoming the biggest British Asian music stars, the first ever BBC Asian Network Live 2016 was a resounding success. DESIblitz has all the highlights.

Badshah and Aastha Gill got the party started

The star studded music and comedy line up raked in over 3,000 people, consisting of students and fans of the British Asian music scene, at the Eventim Apollo, Hammersmith.

Along with singing their tracks, the artists had brought on special guests and unveiled some special collaborations with.

Kanika Kapoor gave the audience what they wanted to hear which was her biggest songs, such as ‘Chittiyan Kalaiya’, ‘Desi Look’ and ‘Baby Doll’.

She ended her segment glowing with a smile, saying how happy she was to be performing back in London and how much love the audience has given her.

Fuse ODG gave the audience a break from Bhangra and Bollywood with his huge hits, such as ‘Dangerous Love’ and ‘Antenna’. He also did a collaboration with Zack Knight and Badshah in a catchy afro-beats song linking Bombay to Ghana! 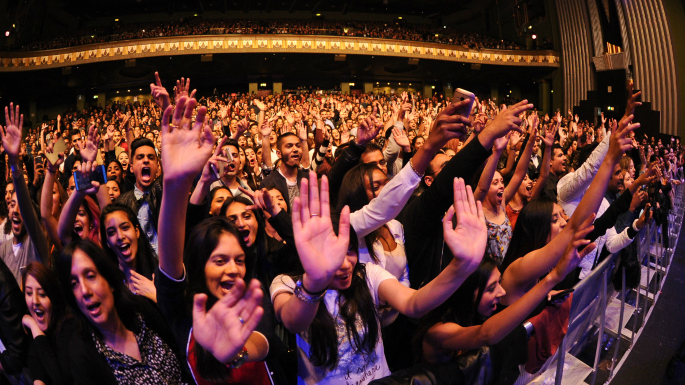 Badshah and Aastha Gill were one of the most enjoyable acts of the evening as they got the party started. In their first ever UK performance, they sang their big hits, ‘Kar Gayi Chull’, ‘DJ Wale Babu’ and ‘Abhi Toh Party Shuru Hui Hai’.

Badshah also brought back Raxstar, who had opened the show, for their collaboration track, ‘Bandhook’.

Naughty Boy ended the show and brought back several female artists to perform with him such as Preeya Kalidas and Kanika Kapoor.

Whilst this was something new for the audience to see, many expected that he would bring Emeli Sande and would perform for longer. His rendition of ‘Running’, with artist Shezar, was beautifully accompanied with classical Indian dancers from the Bhavan, which made for an interesting combination.

Imran Khan transported the audience back into memories of when his songs would be all you’d hear on the British Asian Charts. ‘Bewafa’ and ‘Amplifier’ got huge cheers from the audience.

Zack Knight got one of the loudest screams from the female fans in the crowd as he sang his huge hits. This included his latest release with reality TV star and model, Jasmin Walia, who makes her singing debut in ‘Dum Dee Dee Dum’. 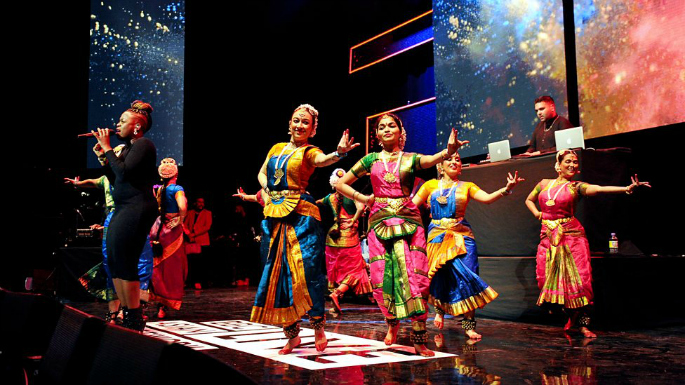 Jas Dhami was accompanied by St George’s Bhangra team and Imperial drummers. The audience particularly enjoyed the new version of ‘High Heels’ from Ki and Ka, which is currently making waves in Bollywood.

Arjun showed his artistic flair through beat boxing and playing the guitar. Raxstar opened the show with a bang. And Divine had made his first UK performance,

Tommy Sandhu hosted the show and brought on an array of guests like Nitin Ganatra, Paul Chowdhury, Panjabi Hit Squad and artist, Inkquisitive.

Tommy’s humour and funny snippets from his breakfast show brought laughs into the audience. It was nice to see how they had organised video shout outs from various celebrities in the Bollywood fraternity to play during the intervals of each act. 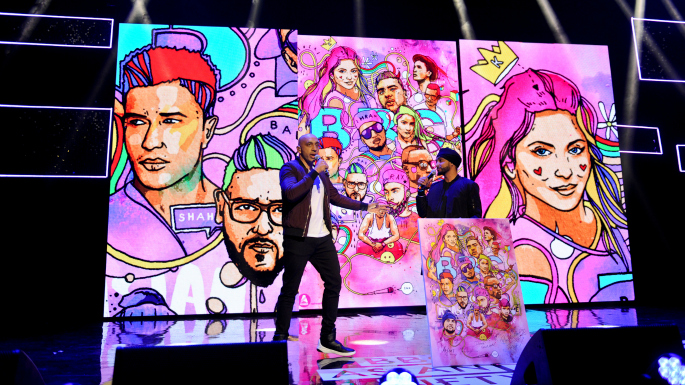 There was also an after party hosted by Voodoo entertainment at Mode, Notting Hill. Considering there was a huge party going on during the show, the after party would have been a big one that many show goers wouldn’t have missed out on.

The first BBC Asian Network Live was a huge success with a packed audience who had enjoyed the show! Avid music fan, Ibrahim says:

“It was an impressive effort from the Asian Network for their first ever show. Fuse ODG brought the house down. It was a really fun night!”

DESIblitz can’t wait to see what next year has in store!

See more images from Asian Network Live 2016 in the gallery below: