Are We too Trusting with What We Eat?

The discovery of horsemeat in our burgers has put everybody on alert. The recent scandal has raised concerns if we are we too trusting about what we eat.

"It is very hard to work out how long this has been going on."

Since the horsemeat scandal has come to light it makes the consumer beg the question ‘Do we really know what we eat?’

In January 2013, the Food Safety Authority of Ireland found traces of equine DNA in burgers made by Silvercrest Foods and Dalepak suppliers. Both companies were owned by the ABP Food Group.

The earliest case of food contamination occurred in 1858 in Bradford. Arsenic laced sweets killed 20 people with arsenic poisoning affecting a further 200. The incident led to the Pharmacy Act 1868 as well as tighter regulations to prevent contaminated foods being sold.

In 1990, the mad cow disease or BSE crisis erupted. During the incident, the Agricultural Minister John Gummer and his daughter were pictured eating ham burgers to placate fears about beef during the mad cow disease outbreak. However, this did not last long as the government was forced to admit contamination of the meat which was the cause of the human form of mad cow disease also known as Creutzfeldt Jakob Disease (vCJD).

Former MP, Edwina Curry, caused an outrage among farmers in 1988 after she claimed that the majority of British eggs were contaminated with salmonella. The accusation led to her resigning as Health Minister but a year later an official report revealed Britain was experiencing a “salmonella epidemic of considerable proportions.” 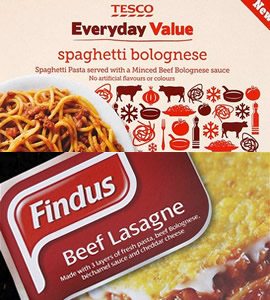 Supplier’s lying to their customers is beginning to emerge as a common incident.

The Czech state veterinary administration found horsemeat contamination in 1kg (2.2lb) packs of frozen meatballs, which are sold in IKEA stores around the world. However, interestingly, in Europe horsemeat is freely sold and consumed, such as France. And the scandal has triggered a 15% rise in sales for France’s equine butchers.

Ireland admitted to knowing about the presence of horsemeat within beef burgers in November 2012, but kept it quiet for several months until they had investigated further. 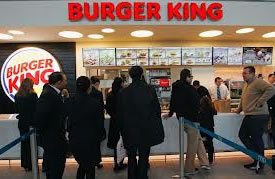 Burger King’s supplier was also revealed as ABP/Silvercrest. However, they claimed none of their products were affected by any contamination and reassured customers of the quality of their burgers. However, the Food Standards Agency announced a UK wide investigation into the authenticity of burgers and other processed meat products.

Since the outbreak, over ten million burgers have been taken off sale. More than 100,000 of these came from the Dalepak factory in Yorkshire, but the source of contamination was Poland. The FSA finally admitted that the horsemeat could have been on shelves for up to a year. Asda and Co-Op revealed they sold contaminated burgers. While Burger King finally admitted to selling burgers contaminated with horsemeat.

It seems day after day more names and products are affiliated with the horse meat controversy. Flexi Foods, a Hull based company is named as a key source of contaminated beef consignments. Findus Frozen Lasagne meals which are sold all over the UK contain up to 100% horse meat. Later Tesco admitted that it’s Every Day Value Spaghetti Bolognese also contained up to 100% horsemeat.

Waitrose is the only company that isn’t affected by the Horse Meat Scandal. Mark Price the Chief Executive of Waitrose wrote “If the question is, ‘Who can sell the cheapest stuff?’, I’m afraid it is inevitable that there will be a slackening of product specifications — even if, not as concerning as the current situation, it’s less mint in spearmint gum or not quite as thick a layer of chocolate on your biscuit.” 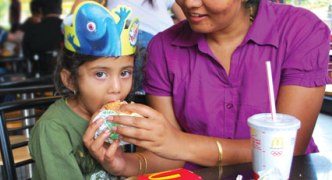 Catherine Brown the Chief Executive of the Food Standard Agency said: “These tests are a snapshot, so even where we find things it is very hard to work out how long [this has been going on], what number of batches, so I think it is unlikely that we will ever know that. It is shocking.”

But where does the story end? More recently, schools and hospitals are revealed to have been serving contaminated meat and news about non-halal food being served to Muslim prisoners has also emerged.

A spokeswoman said: “The FSA has been informed that a number of meat pies and pasties supplied to UK prisons which were labelled and served as halal contained traces of pork DNA.”

“The local authority is investigating how this contamination came about and whether these products have been distributed further across the UK.”

With pork forbidden in Islam and beef forbidden in Hinduism and Sikhism, food contamination has not just crossed the illegal, but the immoral line too. Needless to say that trust in our food suppliers has dropped significantly. The rise of processed foods that make our day to day lives easier has truly come back to haunt us. 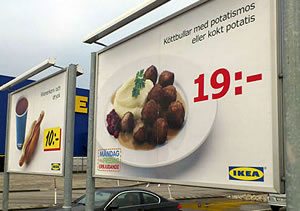 And the trail of the contamination does not end there. Faecal bacteria contamination was discovered in IKEA’s almond cake in 23 different countries. IKEA withdrew the cake after claims that Chinese authorities found “an excessive level” of coliform bacteria in two batches of the cake made by a Swedish supplier. The product remains on sale in the UK and Ireland however as it is not supplied by the company that is under investigation.

This isn’t the first time food has been contaminated and certainly won’t be the last. Meat, cakes and even bread found to be containing pork enzymes that saw an outcry from vegans and vegetarians, has not only affected what we eat, but the way we look at food altogether. Much of the problem is to do with the unnecessary additives, preservatives and who knows what else, being added to our everyday foods.

Food manufacturing has always been under strict quality control, but too many times have contaminated products have slipped through the radar. So should manufacturers be forced to list all ingredients, including enzymes that may contain pork or beef?

Another health scare related to our food, is processed meat. Processed meat is reformed meat which has been preserved by smoking, curing, salting and adding preservatives.

The Institute of Social and Preventive Medicine, University of Zurich, Switzerland, found that eating a diet high in processed meat can quickly increase the risk of premature death due to cancer and heart disease. The question now arises, how safe is processed meat and what really does go in it?

Living in a country that sees such a diverse range of preferential food-eating communities, whether they be meat-eaters, or vegetarians, vegans, lactose-intolerant, gluten-free, halal only or kosher only, maintaining high standards of food can be a difficult thing. But should it have to?

It is safe to admit that we cannot be 100% sure of what packaged food we pick up in the supermarket actually contains, no matter how many times we read the back of a packet. Have we become too complacent, or is it a good thing that we are trusting enough?

Sumera is currently studying for a BA in English. She lives and breathes journalism and feels she was born to write. Her life motto is 'You don't truly fail until you stop trying.'
Atul Kochhar ~ A Culinary Genius
Geeta Samtani an Award winning Entrepreneur