Anil Kapoor heads to Hollywood again! The Slumdog Millionaire and Dil Dhadakne Do actor will make a special appearance in popular US sitcom, Family Guy.

“My children are crazy about the show. They can’t believe I am doing a voice in Family Guy.”

It has been reported the actor will be heading to Los Angeles at the end of April 2015, to dub for a character on the animated show.

His family is a big fan of the popular adult sitcom, created by actor and producer Seth MacFarlane.

Anil said: “My children are crazy about the show. They can’t believe I am doing a voice in Family Guy.” 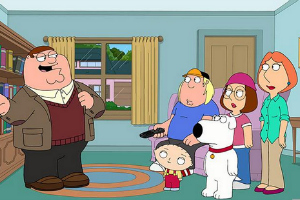 But the Dil Dhadakne Do (2015) actor is one to keep the show’s fans in suspense, as details of his character remain a secret.

He said: “My character will appear with the Griffin family. It is a new experience for me. And you know how much I like going into new experiences.”

Indeed, he has taken on an interesting range of roles in Hollywood.

Anil played a TV show host in Slumdog Millionaire (2008). The film’s incredible success introduced him to audience around the world.

Anil followed up by scoring a major role in the eighth season of US series 24.

As the President of Kamistan, he was embroiled in an assassination attempt by his brother and a Russian terror plot against America. 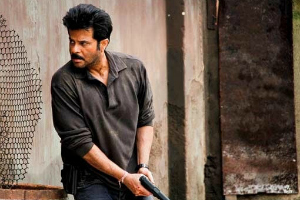 He is also the lead character in the Indian adaptation of 24, playing Jai Singh Rathore – based on the death-defying CTU agent, Jack Bauer.

Now with a guest appearance in Family Guy, Anil will score a beautiful hat-trick in film, drama and sitcom.

The Primetime Emmy-winning animated show is known for its distinct adult humour that satirises American culture.

MacFarlane is a regular voice on the show. Other Hollywood actors, such as Seth Green and Mila Kunis, have also made guest appearances.

We cannot wait to find out if Anil will bring a twist of Bollywood to Family Guy!