Indian Husband kills Wife for TikTok Video with Another Guy

A police investigation revealed that a husband murdered his wife in Chhattisgarh after seeing a TikTok video of her with another man.

Saif planned to kill his ex-wife out of jealousy.

The investigation into the deaths of two sisters revealed that one of the victim’s estranged husband was responsible after seeing a TikTok video of her with another man.

Manisha and Manjulata Sidar were murdered by two men at student nurses accommodation in Raipur, Chhattisgarh.

Manisha had been a nursing student while Manjulata had come from Raigarh to visit her. They had met with the two men, however, it led to the suspects beating the women with a frying pan before stabbing them to death.

A case was registered and police reviewed CCTV footage, which showed the two men fleeing the scene.

On December 12, 2019, three suspects including a minor were arrested.

Police had previously identified the main accused as Saif Khan. They also initially suspected that he was in a relationship with one of the victims.

However, further investigations have revealed that he was actually married to Manjulata.

SSP Arif Sheikh explained that Saif and Manjulata were in a relationship. They then decided to have a court marriage. A search of Khan’s house revealed a document, which proved their marriage.

However, her parents found out and pressured their daughter to leave him. She eventually did so and moved to Raigarh while Manisha took a nursing course.

But Saif continued to harass her and even posted pictures of them together on social media. This prompted Manjulata to file a police complaint on November 3, 2019.

Officers issued a warning to Khan after a compromise was reached.

Saif remained angry with his estranged wife for filing a police complaint. He became more enraged when he saw a TikTok video of her with another man.

SSP Sheikh stated that Saif planned to kill his ex-wife out of jealousy. He went on to say that it was “revenge” for Manjulata’s alleged infidelity.

Saif enlisted the help of his friend Ghulam Mustafa and a juvenile associate. He offered Rs. 7 Lakh (£7,300) to Mustafa to help him, which he accepted. 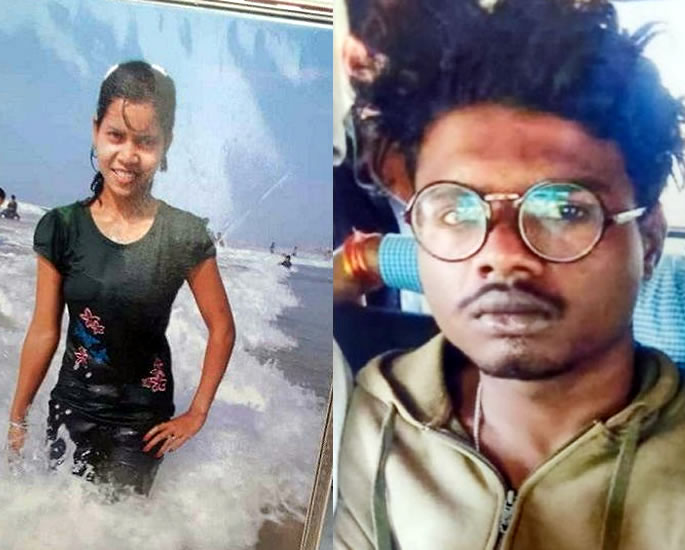 He found out that Manjulata was meeting her sister at her rented accommodation. Saif called Manjulata and arranged to meet her.

At the house, Saif and Mustafa calmly spoke to Manjulata, but it soon became heated. They then grabbed frying pans and began beating her.

Manisha tried to intervene but she was also assaulted.

The two sisters were then stabbed to death while the minor kept a watch outside.

The two men ran out of the accommodation, along with the minor, and made their way to a rickshaw.

Locals had seen Mustafa and Khan run out and later discovered the bodies. A case was registered and after reviewing the CCTV footage and speaking to locals, the three suspects were arrested.

SSP Sheikh revealed that Rs. 40,000 (£420) was given as a reward to the police team for their quick work on the investigation.

Dhiren is a journalism graduate with a passion for gaming, watching films and sports. He also enjoys cooking from time to time. His motto is to “Live life one day at a time.”
Indian ‘Anti-Romeo’ Girls Beat & Smack Harassing Boys
US Indian Man forces Pregnant Girlfriend to Take Pills at Gunpoint