"police have picked up the two alleged accused based on suspicion"

It was revealed they had been murdered following a violent scuffle. They were both beaten with a heavy iron pan before being stabbed to death.

The victims were identified as 20-year-old Manisha Sidar and her sister Manjulata.

Manisha stayed in the accommodation as she was a second-year nursing student while Manjulata had come from Raigarh to visit her.

Two young men had met with the victims and were the last people to see them alive. Police suspect that they were responsible.

According to the neighbours, a while after the men went inside, they heard shouting and things being thrown.

Minutes later, they saw the men running out. Neighbours looked inside and found the sisters lying in a pool of blood.

They were taken to a hospital but were declared dead upon arrival. The causes of death were a combination of several stab wounds and severe head injuries after being struck with the pan.

The landlord informed the police and a murder investigation was launched. Police reviewed the CCTV, which showed the two men rushing out of the accommodation. 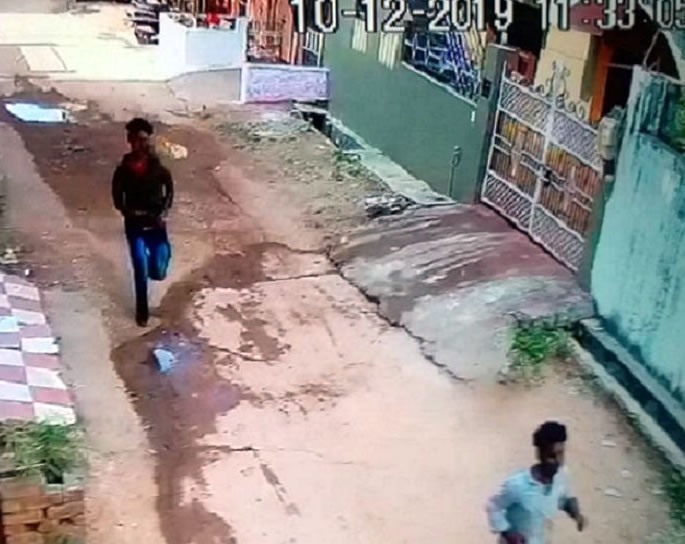 Inside the room were plates and other items scattered. Police believe that the men were known to the victims and that they had arranged a meeting before the violent murder.

SSP Sheikh explained: “From the spot of the crime, it shows that the incident took place when two men and the women were having a meal at the house and there seems to be some dispute erupted among them.

“The reason of argument isn’t clear though, police have picked up the two alleged accused based on suspicion and they were being questioned.

“One of the accused is identified as Saif Khan, aged 21.”

SSP Sheikh went on to say that the murder may have occurred due to relationship issues.

The investigation revealed that Manisha and Saif had been in a relationship but they broke up and she later got involved with another boy.

Police found several pictures of Manisha and Saif together at the crime scene. However, all of them were torn.

While this is one theory, police are investigating to find out other possibilities.

Meanwhile, the two men remain in custody while police work to find out the motive. They also want to determine who was actually responsible for murdering the two Indian sisters.

Dhiren is a journalism graduate with a passion for gaming, watching films and sports. He also enjoys cooking from time to time. His motto is to “Live life one day at a time.”
Indian Man & Girlfriend kill Wife and Hide Her Body
One of UK’s Largest ‘Chop Shop’ Gangs busted by Police