Diljit Dosanjh gets CON.FI.DEN.TIAL on his 2018 UK Tour

Star of Punjab, Diljit Dosanjh returns to the UK for a spectacular 2018 tour. Celebrating the success of his latest album CON.FI.DEN.TIAL, Dosanjh will be performing live in Birmingham, Leeds and Wembley.

Diljit will tour the UK, visiting the likes of Birmingham, Leeds and Wembley

Superstar of Punjab, Diljit Dosanjh returns to the UK for a fresh new tour to celebrate the release of his 2018 album, CON.FI.DEN.TIAL.

The Indian singer and actor has enjoyed a stellar few years in the entertainment industry. Starting out as a popular Punjabi folk and Bhangra singer, Diljit made a headway into Bollywood with tracks such as ‘Aidaan Hi Nachna’ from Yamla Pagla Deewana 2 and ‘Tung Tung Baje’ from Singh is Bling.

He has also been an integral part of Punjabi cinema’s push into the modern age, becoming something of an icon for newer generations of Punjabis.

Films such as Jatt & Juliet, Punjab 1984 and Sardarji have been paramount successes and propelled Punjabi films onto a global stage.

His acting success has not gone unnoticed by Bollywood, and after appearing on a few musical soundtracks, Diljit eventually broke into the industry as an actor to watch out for.

A string of Bollywood films such as Udta Punjab, Phillauri, and Welcome to New York, have all helped to cement his position as a true star of India. He even the Filmfare award for ‘Best Male Debut’ in 2016.

With both his music and his versatile acting roles, the most recent being as a WWI soldier in Sajjan Singh Rangroot, Diljit has amassed a global fanbase. Not least because of his growing social media followings.

An avid user of social media himself, Diljit is one of the few highly prominent Punjabi stars to remain in constant touch with his fans and supporters. 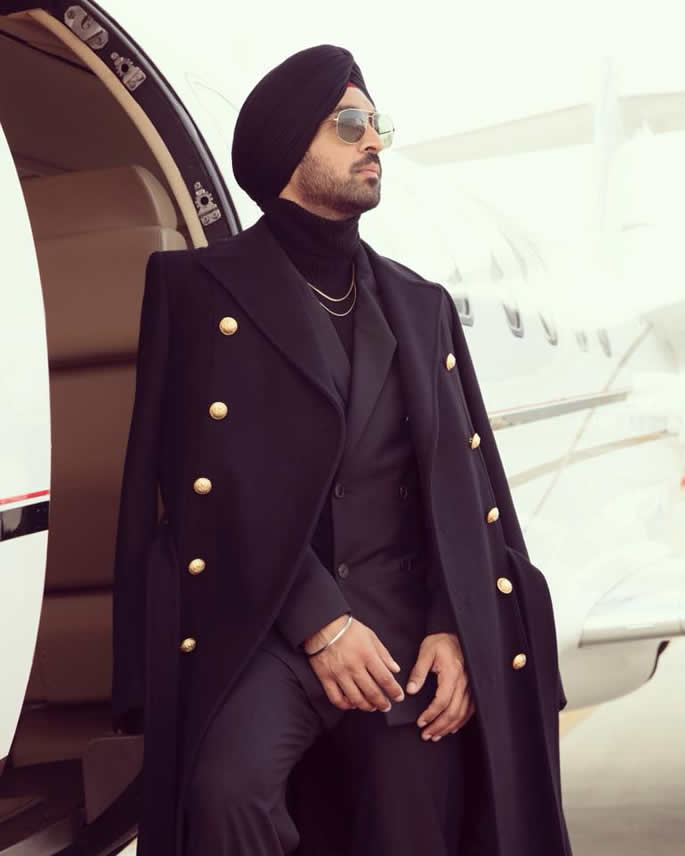 In particular, the ‘Patiala Peg’ singer enjoys an incredibly active fan base in the UK, and his 2016 sold out music tour was declared a huge success.

Now music lovers can enjoy brand new music from the star with songs like ‘High End’, ‘Big Scene’ and the very laid back ‘Offline’ from his latest record, CON.FI.DEN.TIAL.

The impressive album, which has been described as a “collection of Punjabi mood setters”, sees the crossover artist broaden his music style to incorporate elements of pop and R&B, all to suit the modern Punjabi palette.

Without a doubt, the album resonates strongly with British Asian audiences through its smooth urban beats. While the tracks ‘Drive’ and ‘Beedio Call’ reminisce of more traditional Punjabi music vibes but with modern lyrics.

To celebrate the album’s success, the CON.FI.DEN.TIAL Tour UK 2018 will see Diljit travelling around the UK, visiting the likes of Birmingham, Leeds and Wembley.

Presented by Zee TV, in association with UK Production Office, the CON.FI.DEN.TIAL Tour is predicted to be another sell-out show. This 2018 tour by the Punjabi superstar Diljit Dosanjh is truly an unmissable event!

Tickets start from £30.00 including a booking fee. Ticket can be purchased at the UK Ticket Office here.

Aisha is an editor and a creative writer. Her passions include music, theatre, art and reading. Her motto is “Life is too short, so eat dessert first!”
World Bhangra Day 2018: Celebrating Punjabi Music and Dance Globally
Johnny Kalsi plays Dhol for Tom Jones at Queen’s 92nd Birthday Party