In an interview, Bollywood and Punjabi filmstar Diljit Dosanjh revealed that he gets nervous whenever he talks to Kareena Kapoor Khan. Find out why?

"I get nervous while having a conversation with her."

Bollywood star Diljit Dosanjh has revealed that he gets nervous every time he has a conversation with Kareena Kapoor Khan despite working with her on two films.

It is no secret that Diljit is a fan of Kareena. He has admitted that he is in awe of the actress.

The actor’s admiration for Kareena is why he gets nervous even though he enjoys working with her on set.

In an interview, Diljit said: “It is fun to work with Kareena. She can do the same scene over and over again without losing her spontaneity.

“But even today, I get nervous while having a conversation with her.”

Diljit made his Bollywood debut in 2016 alongside Kareena in Udta Punjab where he plays police officer Sartaaj Singh.

The actor will reunite with Kareena in Good News which is set to release on December 27, 2019. The film also stars Kiara Advani and Akshay Kumar.

Diljit’s love for Kareena is so strong that he even dedicated a song to her. The song was called ‘Kylie + Kareena’ as he is also a huge fan of Kylie Jenner.

Kareena heard the song and loved his musical tribute to her. 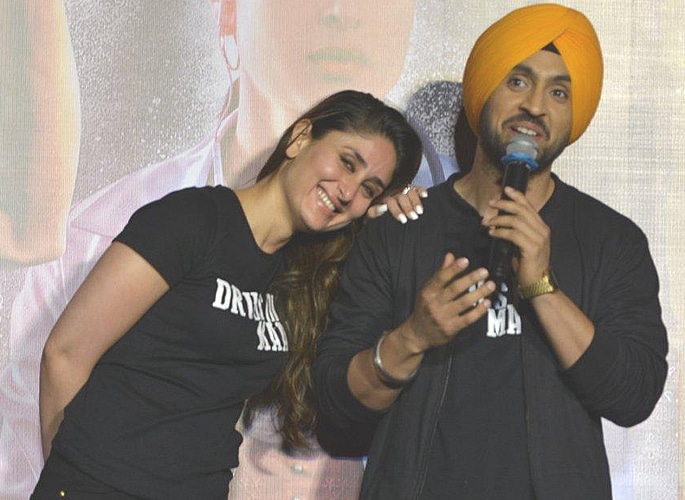 The Phillauri actor responded to his idol’s kind words:

“I am extremely glad to have worked with Kareena ma’am and I am delighted that she went on to say such kind words about me.

“Of course, it is a pleasure to be able to express my love for Kylie via this song, and I am really excited to see the response from the audience as well.”

Diljit also spoke about his other film Arjun Patiala in which he plays a policeman. He told Mid-Day that he intends to add some comedy to his role:

“I don’t get too many offers for comedies, most of the films that come my way are serious dramas.”

“So, when Maddock Films approached me, I thought this was a completely different character from what I have played so far in Hindi and Punjabi films.”

Diljit Dosanjh is an established name in Punjabi cinema but he admits that he is still finding his feet within Bollywood as he talks about his film choices:

“I don’t have a godfather, so I have to choose from the roles offered to me.

“Also, I have been vocal about the fact that I won’t do roles that require me to remove my turban. That narrows down my options further.

“But times are changing. In Good News, my character originally wasn’t a Punjabi, but the makers decided to cast me because they liked my work.”

Dhiren is a journalism graduate with a passion for gaming, watching films and sports. He also enjoys cooking from time to time. His motto is to “Live life one day at a time.”
Ishqbaaz star Mandana Karimi discloses ‘The Sin’ on Instagram
Radhika Apte reacts to Leaked ‘Wedding Guest’ Sex Scene