33-year-old Punjabi star, Diljit Dosanjh remains humble about his cinematic popularity and shares how Bollywood has been very welcoming towards him.

"I have never looked at myself as a star. I still feel that I am a pind da munda."

With the ongoing debate on nepotism – courtesy of Kangana Ranaut – it’s become pertinent for journalists to ask new actors about their experience with bias and prejudice in Bollywood. The latest on the radar is Punjabi star Diljit Dosanjh, who is slowly making his way into B-town.

At a recent press meet for his upcoming film Phillauri, Punjabi star Diljit Dosanjh was asked if he, too, faced any prejudicial behaviour in Bollywood’s infamous ‘camping system’ as a newcomer. The actor and singer told reporters:

“I have never faced it (discrimination) nor has anybody tried to do bad to me. Whoever I met, they greeted me with respect and love. I never felt any camp system here.”

Interestingly, Diljit seemed to have a rather positive view of the discussion and said there was no harm in having one’s own camp:

“Yes, when you make films you can have your ‘own’ team. One team is making a film like this, another will make a different film.” 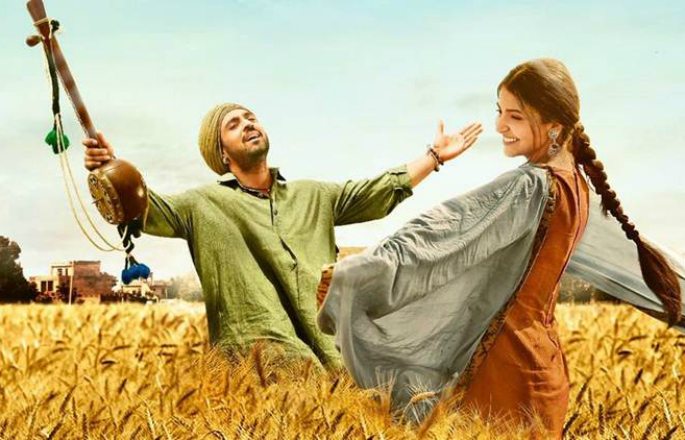 Diljit Dosanjh represents the new generation of actors who despite being ‘outsiders’ have made a notable mark of their own as part of some game-changing films. The Punjabi star made his Bollywood debut in 2016’s critically-acclaimed film Udta Punjab opposite Kareena Kapoor.

He will now be seen opposite Anushka Sharma in Phillauri, which has attracted a lot of attention post its successful trailer.

Yet Diljit Dosanjh remains grounded; true to his Punjabi roots and as humble as they come. In a world where self-pride and starry tantrums are the norm, the 33-year-old Punjabi star comes with a rare form of humility. He refuses to call himself a star and feels he is no more than just a “pind da munda”:

“For me, Michael Jackson was a star. Amitabh Bachchan and Salman Khan are stars. They are the ones who own and carry stardom.”

“I have never looked at myself as a star. I still feel that I am a pind da munda (a boy from the village),” he said.

He unabashedly shared his family’s humble beginnings; the time when his father’s salary was just Rs. 5,000: “I still am surprised at how my mother would run the house,” he said recalling his childhood days when every day was a new struggle to survive:

It’s a fresh change from the usual – seeing a popular actor being honest and open about his modest upbringing and not give into Bollywood’s trend of narcissism.

Diljit Dosanjh is currently gearing up for the release of Phillauri, scheduled for 24th March 2017. But that in no way means he has parted ways with Punjabi cinema. In fact, he is meant to start shooting for one in June 2017 while another is expected to hit theatres soon.

Pakistani journalist living in the UK, committed towards promoting positive news and stories. A free-spirited soul, she enjoys writing on complicated topics that bust taboos. Her motto in life: "Live and let live."
Shahrukh Khan employs Lady Bodyguards!
Does Badrinath Ki Dulhania take on the Hero with Heroine Empowerment?