Why 2014 was a great year for Bollywood

Taking Bollywood to greater heights, 2014 was an exceptional year for Indian cinema. Think Queen, PK, and 2 States – there were films to suit everyone. DESIblitz lists some of the reasons why 2014 was such a great year for the industry.

The 3 Khans continue to keep the box office ringing, and set new records for themselves!

2014 was a fabulous year for Bollywood.

Also hugely successful was Ek Villain, which made a borderline 100 Crore Club entry with confirmed takings of 93 Crores.

There were incredible performances by established actors as well as newcomers with insightfully entertaining films.

Here are some of the things that made 2014 what it was for Bollywood: 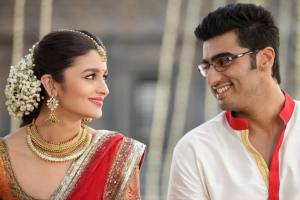 When Chetan Bhagat’s novel 2 States came alive on the cinematic screen, it was not just the lovers of the novel that went to see it.

The film which starred Alia Bhatt and Arjun Kapoor in leading roles was appreciated by critics and the public alike.

It crossed 100 crores closely followed by Mohit Suri’s Ek Villain, which generated approximately 93 Crores. Ek Villain really proved it had lived up to the expectations set by Aashiqui 2’s success with one of the highest opening collections of the year.

This was a huge achievement for Bollywood, because generally the 100 crore club has been filled with films with established actors in it, but both 2 Sates and Ek Villain are proving that the newcomers are not to be ignored when it comes to box office collections. 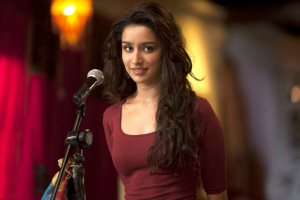 Varun Dhawan, Siddarth Malhotra, Alia Bhatt, Shraddha Kapoor and Arjun Kapoor have all debuted a few years ago but have proved within a very short space of time that they are here to stay.

Films like Gunday, Humpty Sharma Ki Dulhania and Main Tera Hero all lie in the top 20 box office collections of the year and also all have an astounding fan following.

What makes Alia Bhatt and Shraddha Kapoor stand out from other actresses is that they aren’t just beautiful faces that can act and dance, but they can sing as well!

They lent their voices to the unplugged versions of ‘Samjhawan’ and ‘Galliyan’, which both went viral the minute they released.

Heropanti marked the debut of Tiger Shroff and Kriti Sanon, and was a film that also did very well at the box office and secured a successful debut for both of the actors. 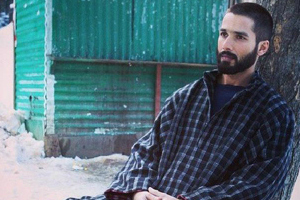 For Shahid Kapoor and Kangana Ranuat, the previous few years had not brought them much in the way of success at the box office.

Their talent had been invested in poor roles and flopped films. However, with the release of Queen and Haider burst their career into revival.

Their performances were not only appreciated as their career bests but the films also did will at the box office.

And this was proved by Kangana winning the 2014 Stardust Award for Best Film and Best Actress, while Shahid also picked up an award.

Some even predict that Shahid Kapoor is a lead contender for the Best Actor award in the upcoming film ceremonies of 2015. 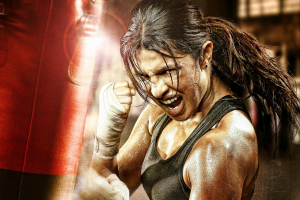 Priyanka Chopra literally packed a punch in Mary Kom as she played the role of the 5 time world boxing champion convincingly.

She depicted all the different emotions that the boxer faced through her ups and downs of her career, which critics highly appreciated.

One wouldn’t be surprised if Priyanka Chopra notches up her second national award for best actress. 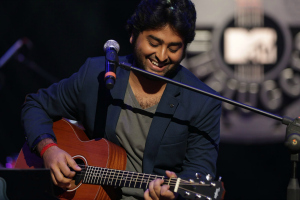 Music was once again top notch this year with some fabulous soundtracks coming from films like Ek Villain and Yariyaan.

Yo Yo Honey Singh added some more infectious party tracks to his list this year like ‘Sunny Sunny’, ‘Char Botal Vodka’ and ‘Party with the Bhootnath’. 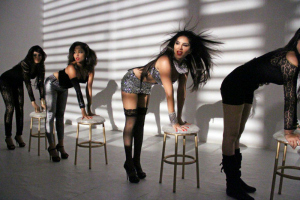 It has been several years that the trend of item songs has been going on. One would think that the Bollywood watching audience would be tired of it.

However it appears not, as today’s item songs are only becoming hotter and catchier!

‘Lovely’, ‘Yaar na miley’, ‘Baby Doll’ and ‘Dance Basanti’ were this year’s top item songs, and are still on our music playlists. 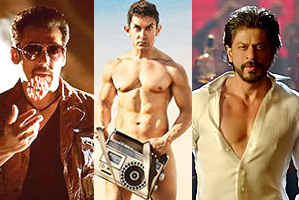 Salman opened the year with Jai Ho and then brought a Kick on Eid, Shahrukh delivered a Diwali treat with Happy New Year and then Aamir Khan closed the year with another Christmas release, PK.

All their films crossed the 100 Crores mark. The 3 Khans continue to keep the box office ringing, and set new records for themselves!

Kick is the highest grossing film of 2014 in India, while Happy New Year is 2014’s biggest grosser at the worldwide box office and has the highest opening day.

With 2014 being a fantastic year for Bollywood, there’s only more to look forward to in 2015, with more trends being set and old box office records being broken! We certainly can’t wait to see what happens!

Sonika is a full-time medical student, Bollywood enthusiast and lover of life. Her passions are dancing, travelling, radio presenting, writing, fashion and socialising! “Life isn’t measured by the number of breaths taken but by moments that take our breath away.”
Shahrukh, Salman and Aamir Reunited?
Salman Khan enjoys 49th Birthday celebrations