Internet history has been made by the first South Indian song ‘Kolaveri Di’ to receive a YouTube Gold award for the mammoth number of hits. The song from the Tamil movie ‘3’ has suddenly become a huge sensation on-line with over 19 million hits and fans world-wide.

"It was a very simple attempt to entertain regional youngsters"

Why this Kolaveri Kolaveri Kolaveri Di are the lyrics to a song which has become a massive YouTube sensation, that YouTube have awarded the makers of the song their Gold Award for getting the most number of daily hits.

The catchy tune has been composed by Anirudh Ravichander, the 21-year-old debutant music director and sung by Tamil Nadu actor Dhanush. The making of Kolaveri Di was uploaded on YouTube, and within hours it went viral. The laid back track with an infectious melody rapidly achieved over 17 million views and caught the imagination of the youth who have hailed it as an anthem. To date the song has had over 19.5 million views on YouTube and still growing. 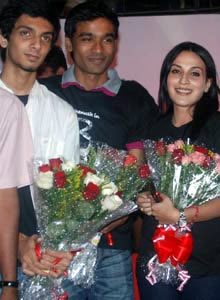 The song is actually from a Tamil film called ‘3’ starring Dhanush and Shruti Haasan (daughter of actor Kamal Hassan and actress Sarika). Aishwarya Rajnikanth Dhanush, daughter of South Indian superstar Rajnikanth and Dhanush’s wife, makes her directorial debut with this film. This is the first time a Tamil film song has created such a stir in the international audio market.

The song was created for a situation in the movie ‘3’ where the girl dumps the guy and he is drowning his sorrows in liquor, and the producers wanted a light-hearted funny song for the particular moment, which led to ‘Kolaveri Di’ becoming the catch phrase for this massive tune.

This is Dhanush’s first ever real effort to sing because he is main craft is as an actor and when recording ‘Kholaveri Di’ it was all part of a jamming session with the team from the movie ‘3’. As with so many big musical hits there was no plan to record such a huge hit and the reaction has been overwhelming for the Dhanush and the team.

Here is the sensational and hit song: 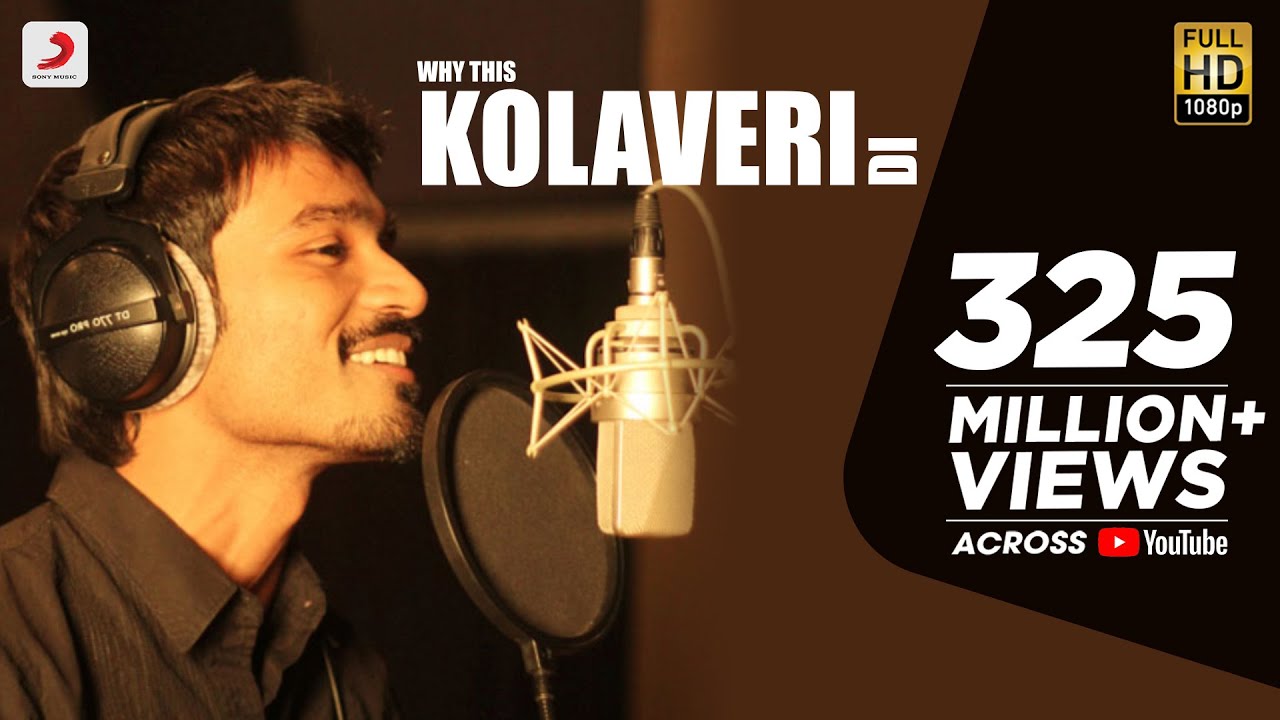 During the recording session, Dhanush told Anirudh to record whatever funny lines he was singing to the backing music track composed by Anirudh, and the team laughed and giggled whilst making the song. Dhanush went with the flow and the hook line – ‘Why this why this why this Kolaveri Di’ was born. 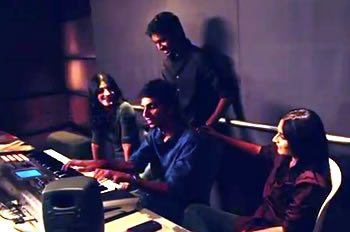 With the concept of the song being about a guy feeling low and hurt after being dumped a girl, the ‘Why this Kolaveri Di’ lyric means “why do you have this murderous rage against me?” according to Anirudh.

On why ‘Kolaveri Di’ is called the ‘soup song’, Anirudh says “Soup is a Tamil word used for guys who go through failure in love. Words like these are used by young guys in real life but in a song, we were introducing them. And these words have worked well for Kolaveri Di.”

Upon its release, the team thought it would do well regionally as a funny song for the movie but they had no idea that it would break records so quickly and make it so big nationally and then, internationally. Dhanush says: “It was a very simple attempt to entertain regional youngsters. It just happened to us. Nobody can plan such things.”

Dhanush’s father-in-law, highly acclaimed actor Rajnikanth met up Dhanush and heard the song. Dhanush said he laughed his guts out and said this will definitely work if it is a drunk song. For Dhanush this was a seal of approval that the concept of the song was right.

The song has had huge support from the Bollywood fraternity. Surprised the song reached him, Dhanush was very humbled and encouraged by Amitabh Bachchan’s tweet on Twitter for the song. Amitabh wrote: ”

Just heard #Kolaveri after much talk on it … its so original and catchy ..congrats Dhanush and Aishwarya(Rajni’s daughter) .. love”

Not only Bachchan senior loved the track, Abhishek Bachchan also became a fan and tweeted: “how cool is Kolaveri di!!! slamming it LOUD! well done Dhanush and Aishwarya. big up guys!” He then tweeted to Aniradh and said: “hi anirudh. Just got ur handle. Kolaveri di is outstanding. Very well done!!! You just made me a huge fan. All the best. AB” 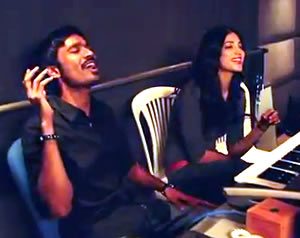 Dhanush is extremely happy along with the team who themeselves cannot believe the viral success the song has had thanks to YouTube. He says: “I know how hard it is to taste success of this magnitude. It’s really really difficult and I know how rare it is. So, I’m going to enjoy it as much as possible!”

The huge number of views on YouTube and the indication of downloads further to the viral video, has shown how such a song has been accepted by all as a blockbuster hit. Dhanush says: “When a million people accept your art; it does not matter what language it is in or which method it is in, it’s just that people accept it.”

A rough version of the song was leaked originally on the Internet and Aishwariya Dhanush, the director of 3, wanted to give people a proper version of the song which led to Dhanush recording the version that has gone viral. Prior to this there were no plans to release such a single because the song was par of the album for the movie. Aishwariya says: “This just happened, Kolaveri happened. As a song, the release, everything just happened.”

When asked about the reason for the success of the song, Dhanush says: “Language is the reason. At least most of it is in English and anybody can understand the song. It’s a funny song. And of course the simplicity of the song.”

This is the first South Asian song to become such an on-line sensation and it has also made history by being the first song of this kind to pick up a YouTube award. Showing that no one can really plan a brilliant hit like this, and simple catchy songs are always a winner.

Jas likes to keep in touch with the world of music and entertainment by writing about it. He does like hitting the gym too. His motto is 'The difference between the impossible and the possible lies in a person's determination.'
A Tribute to Kuldeep Manak
Kamal Raja goes ‘UFFF’ in his single