A YouTube movies service will feature Bollywood as a category. It will have library of free movies available for users to view online. This move is part of Google’s attempt to get into the market of offering movies online possibly on a pay-per-veiw basis in the future.

"We hope film lovers enjoy the range of titles"

YouTube the most popular video website, owned by Google, has collaborated with Rajshri and many other film distributors to offer a showcase of Bollywood films online for free legal viewing. A dedicated channel has been set-up called ‘Bollywood’ to give you access to many Hindi classics in black and white to many of the modern action-packed movies.

This is part of a bigger offering of movies which includes a library of Hollywood, Documentaries and other genres too. Approximately 400 films are currently available in the categories like Bollywood, Animation, Comedy and Drama. Most of the films are available in up to 480p. 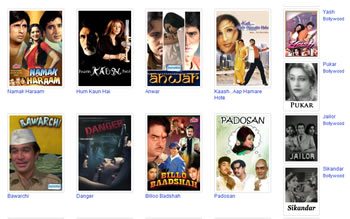 YouTube said in a statement, “The new section of movies will bring together a library of film ranging from past mainstream hits to cult classics and beyond, and YouTube hopes the Movies section will grow in time.” The deal extends Google’s long-form strategy for YouTube in the UK, which has seen it work with television channels Channel 4 and Five.

The are certain YouTube user names that are responsible for the Bollywood films library, these include UltraHindi, ShemarooEnt, Saavn and Rajshri.

Donagh O’Malley from YouTube said, “We hope film lovers enjoy the range of titles in this free library, whether catching up on a mainstream hit or delving into the vast archive of classic films from decades past.”

The partnership is with Blinkbox to provide the movies online and the chief executive of Blinkbox, Michael Comish said, “The size and scope of YouTube’s audience is immense and this exciting tie-up allows us to reach film fans and potential users outside of our usual audience and helps us build on our already rapidly growing customer base.” 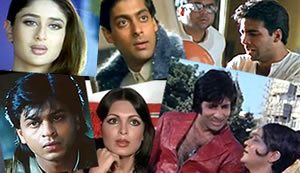 Advertisements precede the films, which are presented in a standard YouTube window that will be familiar to viewers. Ratings and warnings about drug use or violence in the films also appear before the stream begins.

It’s reported in the Financial Times that YouTube is also in talks with Hollywood studios to possibly provide a pay-per-view service for latest releases. Which if agreed will no doubt interest Bollywood producers too, if it is a viable model to produce revenues. It is believed that users will be charged at the rate of about $5 per movie which they stream.

Google used to offer a video on demand service through Google Video, but that has been discontinued since 2007. Once the service actually starts, Google will be in direct competition with both Apple and Netflix, as it has been reported that Apple is already working on a new digital video service which may be available on the next generation of the Apple TV.

Other pay-perview providers do not see this move by YouTube as a threat. LoveFilm is an example and marketing director Simon Morris said that YouTube’s catalogue is small and doesn’t yet have any content from major studios — and its current ad-funded model does not pose a threat. “Free content isn’t something that’s really good for anyone,” said Morris. “Consumers expect to pay for quality; that’s the model that anyone in the industry should work towards,” he added.

The link for the YouTube Bollywood movies section is: http://www.youtube.com/movies/bollywood.

Amit enjoys creative challenges and uses writing as a tool for revelation. He has major interest in news, current affairs, trends and cinema. He likes the quote: "Nothing in fine print is ever good news."
Kareena endorses Size Zero laptop
Get Ready for Digital Money