‘Striker’ starring Siddharth Narayan is the first ever Bollywood movie is to be launched free on YouTube simultaneously with its cinema release.

We are excited about this association

Bollywood movie ‘Striker’ will be the first ever film to be legally premièred on YouTube. The true story about a Carrom player from the Mumbai ghettos, will be the released on YouTube to overseas audiences. It will be available on the Studio18 YouTube channel.

The producers of the movie, Indian Films have signed an agreement with YouTube to launch the film overseas on the 5th February 2010, at the same time it is released in theatres in India. The film will not be available on YouTube in India.

Sandeep Bhargava of Indian Films said, “Striker’s première on YouTube is yet another feather in our cap as YouTube is the world’s most popular on-line video community. We are excited about this association as this will help us reach out to our audience in a focused manner and a very cost-effective way.”

The movie will be released in very select cinemas in the USA and for those that cannot watch it on the big screen, viewers in the USA, can see the film on YouTube at a cost of $4.99. Whereas, in all other terriotories, the film will be available free to view on YouTube. 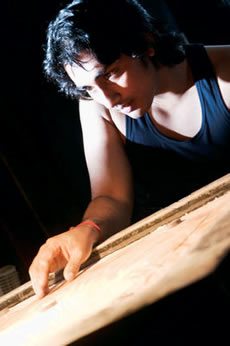 The film stars, Rang De Basanti actor, Siddharth Suryanarayan, who plays, Suryakant Sarang. He has also sung the song, Bombay Bombay, Haq Se in the movie too. Siddarth is well known for his Telugu films and this is next Hindi movie since Rang De Basanti. The film also stars, Padmapriya who makes her Bollywood debut, Anupam Kher, Aditya Pancholi, Nicolette, Seema Biswas and Vidya Malavade.

The game is Carrom is the centre-piece of this movie. The film shows how Carrom helps Suryakant overthrow the man who has been the reason for the misery of several people.

Carrom is a board game very popular in India. It is played on a wooden board with four pockets. The board has a rectangular line around the perimeter, which is the base line from which players make their shots. The game pieces involved, coins, are flicked by the striker, similar to the cue ball that is shot in pool. The object of the game is to sink all of your pieces before your opponent manages to sink theirs. 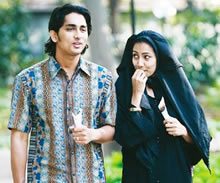 The film is directed by Chandan Arora, who is taking on the director role, after working with Ram Gopal Varma and UTV on his first two films, Main Madhuri Dixit Banna Chahti Hoon and Main Meri Patni Aur Woh.

Chandan said of the story, “Striker isn’t just a film about the game of carrom. Nor is it only about life in the slums. It takes into view the entire sub-culture and slum life in Mumbai from the early 1980s to around 1992.”

The aim of the YouTube release is seen as an innovative step way to promote films that are high on content but low on star value and don’t get a chance to release theatrically in overseas markets.

With piracy a big problem for Bollywood, this is seen as attempt to curb piracy and reach wider audiences at the same time.

This is an exciting new business model for a Bollywood film never tried before and is seen as a major experiment to explore new revenue streams not possible in the past. To release a movie for the first time on the Internet like this will pave the way for many more if it is a success.

However, this is not the only film to be made available legally on YouTube to view. Producer of Aamir Khan’s 3 Idiots Vidhu Vinod Chopra has said that his film will be available on internet post its release. This decision made once again to discourage piracy.

Chopra said, “This is the first film ever that can be downloaded and viewed on YouTube. But, we are yet to take a decision as to when it should be allowed for downloading legally after 8-12 weeks or later.”

So, the trend has started where Bollywood is harnessing the digital age in a very serious and commercial manner. It is evident from the ‘Striker’ YouTube venture that it will not be long before we see more releases appearing on the digital stage in different ways to secure Bollywood revenues being lost due to piracy.

Baldev enjoys sports, reading and meeting people of interest. In between his social life he loves to write. He quotes Groucho Marx - "The two most engaging powers of an author are to make new things familiar, and familiar things new."
National Award for Priyanka Chopra
‘My Name is Khan’ in the UK