Get Ready for Digital Money

Digital money is very much on its way as new technology called NFC makes it appearance within the mobile commerce world. Giving people the opportunity to pay for goods and services using their smart phone or similar device.

The concept of a ‘cashless society’ has been banded around for a couple of decades. Mainly referring to the use of no physical forms of money to pay for goods and services. Hence, replacing it with some kind of digital form of payment.

Since the advent of debit and credit cards they have been one of the most growing forms of payment systems used by consumers especially in the West. 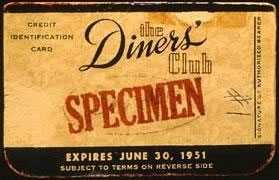 The credit card was not always plastic coming in the form of tokens, celluloid, metal and paper, and goes back to the 1920’s in the USA. However, in 1950, the Diners Club plastic credit card was issued in America. The Diners Club credit card was invented by Diners’ Club founder Frank McNamara, who introduced the card to be used to pay restaurant bills. Since then it has evolved as a major means of payments without using real money utilising the popular ‘chip and pin’ method for security.

But now with the growth in mobile devices, mobile apps (applications) and the use of the Internet to conduct on-line shopping, new methods of payment are already deployed in Asia and parts of Europe. The use of mobile devices such as smart phones are seen as the ideal platform to make payments digitally.

The communication technology required to make it all happen is called NFC (Near Field Communication), which is a high-frequency wireless communication application that allows exchange of digital data between devices within a radius of approximately 10 centimetres. This radius can be raised to 20 centimetres using a compact antenna.

More and more smart phones are getting fitted with the NFC technology required to make it all happen. Smart phone manufacturers are installing NFC Chips in all new devices and NFC Payments systems are being put it place. The technology is being deployed in ‘iPad’ style devices too. 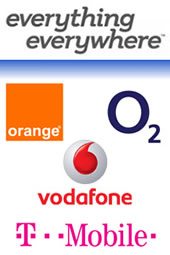 NFC technology is already very popular in Japan and has been trialled in Europe such as France. May 2011 saw the first official release of NFC payment technology in the UK.

In the UK, all of the country’s four giant mobile phone networks, namely, Orange, O2, T Mobile and Vodafone, are already NFC-compliant. They are all participating in a joint venture (JV) under control of the ‘Everything Everywhere’ company, which was formed when T-Mobile and Orange merged.

The ‘Everything Everywhere’ organisation’s aim is to deliver the technology needed for the speedy adoption of m-commerce industry. Enabling consumers to transfer their entire physical wallet into a new secure, SIM-based wallet regardless of which NFC enabled mobile device, or mobile network they are using.

One of the key attractions of the JV is that it will provide a single contact point for advertisers, retailers, media agencies and banks to make it easier to implement mobile commerce services. However, the individual mobile network companies will still develop their own ‘mobile wallets’ for their consumers using the standard technical platform provided by the ‘Everything Everywhere.’ 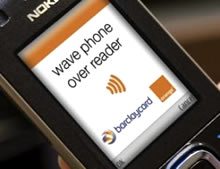 Orange in the UK have already introduced ‘Quick Tap’ as their system for NFC mobile payments. It is limited to Orange and customers who also own a Barclaycard, Barclays debit card or Orange credit card (all MasterCard products). It will allow them to make payments by waving their phones by specially equipped point-of-sale (POS) readers at participating stores. Over 500 stores including Eat, Little Chef, MacDonald’s and Pret A Manger are already part of the scheme. 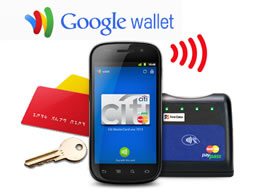 Google, the search engine and on-line applications company recently announced the ‘Google Wallet’ system, which allows you to use your smart phone to make payments for goods and services with participating vendors. The system is an Android phone app which converts your phone into your digital wallet.

The Google Wallet system is designed to store digital versions of your payment cards and consumer offers on your smart phone. And then to make a payment the smart phone is simply ‘tapped’ on the device receiving the NFC signal for the funds to be transferred. Every offer and loyalty point will also be redeemed automatically using this mechanism.

Eventually, you will be able to synchronise your debit cards, credit cards, store cards, loyalty cards, receipts, boarding passes, gift cards, tickets and even your keys seamlessly to a system like Google Wallet.

This is a typical of how we will be paying for goods and services in the near future.

The way retailers and suppliers market their goods and services is changing too. An alternative implementation of the NFC wireless technology allows brands to interact directly through NFC Tags embedded in NFC Smart Posters. 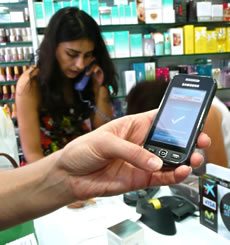 A brand’s message is delivered directly to the consumer’s smart phone when they choose to receive it. This is achieved by placing the phone against a Smart Poster which contains an NFC chip. At which point, information embedded as an NFC Tag in the Smart Poster is immediately sent to the mobile device. These NFC Smart Posters can be of any shape or format and will definitely be the future vision of digital marketing.

How quickly British Asian businesses harness the viability of this new technology and marketing remains to be seen. It is likely those that are ‘technology savvy’ are likely to be the first in the queue. Potentially, creaitng a divide between ‘old’ and ‘new’ businesses.

A similar thing may be expected of the British Asian consumer who may not readily trust method of paying for goods without ‘real’ money. Most will be cautious about security of payment details and allowing companies to store their financial data. Many older generations will not even shop on-line today leading to a technology usage gap amongst generations.

The term ‘Digital Money’ is now becoming a reality. Evidently allowing you to make payments simply using your smart phone or NFC enabled mobile device without the need for cards or cash. Replacing cash completely may not happen for a long time but this new technology will be the next phase of adopting a new method of payment since the introduction of credit cards.

Amit enjoys creative challenges and uses writing as a tool for revelation. He has major interest in news, current affairs, trends and cinema. He likes the quote: "Nothing in fine print is ever good news."
Free Bollywood films on YouTube
Lilly Singh ~ a YouTube Sensation