Toronto gets ready for IIFA 2011

The spectacular 12th International Indian Film Academy (IIFA) event will take place in Toronto, Ontario, Canada. Bollywood stars will be heading for the city between 23-25 June 2011 to take part in the auspicious annual celebration of Indian cinema. We look at what’s going to happen at the 2011 IIFA’s.

IIFA Awards are dubbed as the “Bollywood Oscars”

Toronto, Canada, is the hosting the 2011 IIFA weekend and the buzz amongst the desi population in the city is huge. The excitement is uncontrollable amongst the locals who will be seeing some of the biggest Bollywood stars in their city for the spectacular three-day event celebrating Indian cinema between June 23-25. 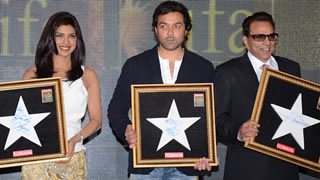 The IIFA Awards are dubbed as the “Bollywood Oscars” and are the highlight event of the weekend, which will be hosted at the Rogers Centre. Being held in North America for the first time, the awards show is expected to attract about 40,000 visitors to Toronto and around 700 million television viewers across the world.

News from Toronto is that ticket re-sellers are taking advantage of the high demand for tickets for the IIFA Awards ceremony, pushing resale prices higher than $1,000. The original price of tickets ranged from $49 to $295 depending on seating at the Rogers Centre. 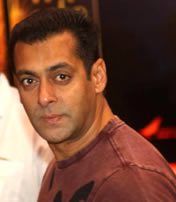 Bollywood star Saif Ali Khan will host IIFA Rocks, the music and fashion event, at the IIFA’s. Popular Bollywood singer Monali Thakur who sang in many popular Bollywood movies including Race, will be singing at the officially-sanctioned IIFA concert. Shahrukh Khan, the Deols, Priyanka Chopra, Bipasha Basu, Mallika Sherawat and Dia Mirza will be performing at the awards event.

The programme for the three-day IIFA 2011 celebration in Toronto is as follows: 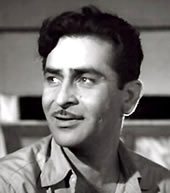 As a welcome gesture to Indian Cinema, the City of Brampton in Ontario, Canada, will name a street after the ultimate and legendary star and director, Raj Kapoor. When constructed the street will be named, the ‘Raj Kapoor Crescent’ and will be part of a new infrastructure in the city. Several members of the Kapoor Family will be present to witness the opening of the film festival on 26th June 2011 in Toronto.

It’s official that the Bachchan’s will not be part of the 2011 IIFA’s. News stories that said Abhishek Bachchan and Aishwarya Rai Bachchan were attending the IIFA’s were quashed by Abhishek. He tweeted, “Neither Aishwarya nor I will be performing or attending IIFA Toronto. Classic case of jumping the gun!” And even Big B joined in on Twitter, writing, “Not coming to Toronto IIFA… IIFA says my services are not required.”

Dharmendra who will be a definite part of the performances at the awards described the upcoming performance as:

“particularly special… as I will be performing with my sons for the first time on a live stage. We hope our fans in Canada enjoy it.”

Interestingly, Bollywood action actor Akshay Kumar is Canada’s ambassador to India but will not be attending the IIFA’s in Toronto. 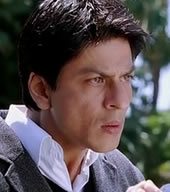 Another issue surrounding the 2011 IIFA’s is the fact that after the fall-out between both Salman Khan and Shahrukh Khan one of them will not be at the event. Salman did recently wish SRK well with his forthcoming film RA.One. But Salman has made it very clear that no mediating or apologies are ever going to allow him to forgive SRK in this lifetime. The news is that Salman Khan has decided not to be at the 2011 IIFA’s.

Shahrukh Khan is nominated for Best Performance in a Leading Role (Male) for his hit “My Name is Khan,” which is nominated in seven categories, including Best Film and Best Screenplay. 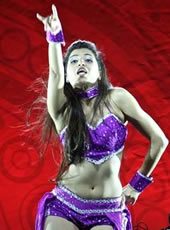 A local story that has caught attention is that Vancouver’s Kalpita Desai, and Toronto’s Chase Constantino won a nationwide dance contest to make it to the stage of the IIFA awards night. Desai was named the Best Female Dancer and Constantino Best Male Dancer at the CIBC IIFA Bollywood Moves Dance Competition.

Desai said: “I’m so excited. This has been unbelievable and I am thrilled to be getting the opportunity to dance in front of the world.”

Constantino said: “It’s been such a fantastic experience sharing the stage tonight with these other amazing performers. I can’t wait to dance on the IIFA stage.”

IIFA is now in its 12th year and the awards have never been held in India. Past ceremonies have been held in Yorkshire (UK), Johannesburg, Amsterdam, Dubai, Bangkok and Macao.

The three-day event in Toronto is set to be an extravaganza and will no doubt have everyone in the city eager to see the stars, the shows and the entire 12th celebration of IIFA.