Host of Bollywood stars and industry members including Kareena Kapoor, Yash Chopra, Riteish Deshmukh, Karan Johar, Sonu Sood and Ramesh Sippy, among others gathered in Mumbai to cast their vote for IIFA 2011.

"IIFA has set a high standard with its voting procedure"

More than 1500 members from the Bollywood film fraternity showed up to support the International Indian Film Academy (IIFA) in its twelfth year and cast their vote at the IIFA Voting Weekend. The nomination process for the Micromax IIFA Awards 2011, started on Friday, the 4th of March at the J. W. Marriot in Mumbai, India.

The IIFA Voting Weekend for the IIFA Awards welcomed big names from the Bollywood film industry to cast their votes in special IIFA computer booths. The voting stars made their selections using on-screen options and their votes saved securely in the tightly monitored system.

Each year over 1000 industry actors, directors, producers, technicians and composers among others cast their votes, which decide the nominations for the IIFA awards. Their votes shortlist nominations for the popular awards. The Voting Weekend also derives the Technical Awards too. The numbers that come in to vote each year vary between 500 to a thousand, but the 12th year celebrations saw an astounding 1500+ industry members attend the voting ceremony. 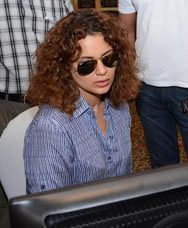 Sabbas Joseph, Director of Wizcraft International, the company behind the IIFA event said: “We are always humbled by the way the fraternity comes out in big numbers to support the IIFA’s. This year being our premiere in North America, we are elated at the Voting Weekend attendance, which is proof of the growing support and dedication IIFA has garnered from the film industry.”

Watch the video to see the stars in action voting and telling us more about the importance of IIFA to the Bollywood film industry.

Having cast the first vote, Kareena Kapoor talked about her participation and said: “It is a great privilege that has been bestowed upon me to cast the first vote and inaugurate the 12th IIFA Voting Weekend. IIFA has set a high standard with its voting procedure and hence established a benchmark for excellence and credibility. This being the IIFA’s premiere in North America, I am eagerly looking forward to the IIFA Weekend in Toronto.”

IIFA 2011 will mark its debut in North America, in Ontario, Canada, this year where the three-day long IIFA Weekend and Awards will take place from the 23-25th June 2011.

“In its 12th year, IIFA has continued its focus of promoting the very best of Indian cinema globally and the IIFA Voting Weekend is a key component of making IIFA, the success it is.” 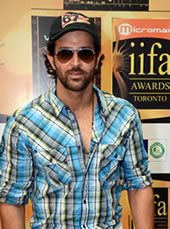 Sabbas Joseph of Wizcraft said: “2010 has been a great year for the Indian movie business. The IIFA Voting Weekend is a wonderful opportunity to honour colleagues by voting for the best of the best. With the Videocon IIFA Weekend and the Micromax IIFA Awards 2011 in Toronto, Canada, we will continue to bring the on-screen magic to the Indian diaspora with the grandest celebration of Indian cinema.”

The IIFA Voting process is a stringent and methodical procedure that is closely monitored by PriceWaterHouse Coopers (PwC), the official auditors for the event. The popular category nominations will then be available for the global audience to participate in the voting process. The final winners of the IIFA Awards are revealed on the night of the Awards ceremony when the envelope is opened on-stage, in front of the live audience. The results are surrounded by secrecy and the credibility of the voting process is one of the key parameters of this prestigious celebration.

In January 2011, over 12000 IIFA Awards tickets for the viewing public and fans sold out. IIFA sold the first 5000 tickets within 3 minutes, and a count from Rogers Centre in Toronto states that ticket sales were at an all time high of over 100 tickets being sold every 10 seconds. The initial block of tickets were sold out within the first hour of releasing them. On-line and telephone queues have been remarkable for tickets, building up the huge buzz and interest in the IIFA event in Canada this year, which looks set to be a totally awesome experience.

Nazhat is an ambitious 'Desi' woman with interests in news and lifestyle. As a writer with a determined journalistic flair, she firmly believes in the motto "an investment in knowledge pays the best interest," by Benjamin Franklin.
SRK and DiCaprio in Xtrme City
Raj Kajendra’s ‘Natural Selection’