SRK and DiCaprio in Xtrme City

Shahrukh Khan and Leonardo DiCaprio stars from two different film industries are to come together in a fully jointly produced Hollywood and Bollywood movie, Xtrme City, to make history.

"It's not a Satya, Company or Sarkar. It's a different kind of film."

It’s confirmed that Shahrukh Khan and Leonardo DiCaprio will be starring together in one of the most exciting collaborations between Hollywood and Bollywood to date. The script for a new film called ‘Xtrme City’ (extreme city) has been developed for the two big stars of the silver screen.

The film will be produced by the heavyweight Hollywood filmmaker and producer Martin Scorsese and directed by US screenwriter and director Paul Schrader.

The idea of the film evolved after a meet between the parties at the 60th Berlin international Film Festival. SRK’s My Name is Khan was premiered at the festival and Martin Scorsese and DiCaprio were also in Berlin for promotion of their film Shutter Island.

Discussions between the three transpired into the hopes of SRK doing a distinguished film which combined the energies and experience of Hollywood and Bollywood. The initial discussions evolved into the script for the ambitious project of Xtrme City. 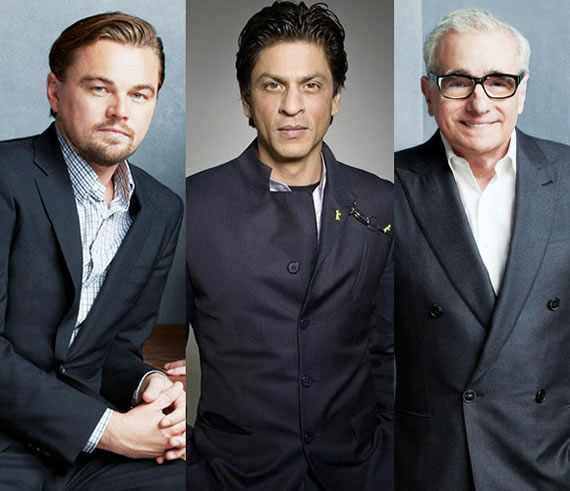 Martin Scorsese and David Weisman of Scorsese’s Sikelia Productions will equally co-produce Xtrme City with Shahrukh’s production house Red Chillies Entertainment. Creative control for the film will be shared with all the decisions being made between SRK and Scorsese.

The writing for the movie will be done jointly by Mushtaq Sheikh and Paul Schrader. It’s reported that the deal was struck between the two production companies because Sheikh wrote Khan’s Ra.One and had connections with Schrader. 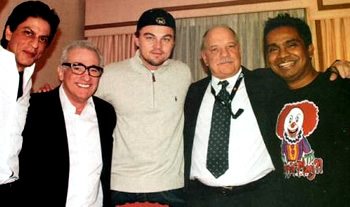 Sheikh co-ordinated the meeting in Berlin between them all. Khan hosted a secret encounter in his Regent Hotel suite where everyone had coffee to simply meet and acquaint with each other.

However, this meet-and-greet over coffee which was simply intended to break the ice between the international artists who admired and respected each other’s work, quickly turned into a high-energy encounter between them.

A source at the meeting said: “Topics of discussion included Scorsese’s love for Bollywood cinema and the need for the preservation of its classic works.”

Both Mushtaq and Paul have been working on the script for a year now and developed the story for Xtrme City with the two characters played by Shahrukh and DiCaprio.

Sheikh said: “It is fortunate that Martin Scorsese has agreed to be a part of the film. Now, things will start progressing.

It will still take some time for us to go on floors with the film. He added:

“Our motto was to bring Hollywood and Bollywood closer with Xtrme City, and this film has managed to do so,” 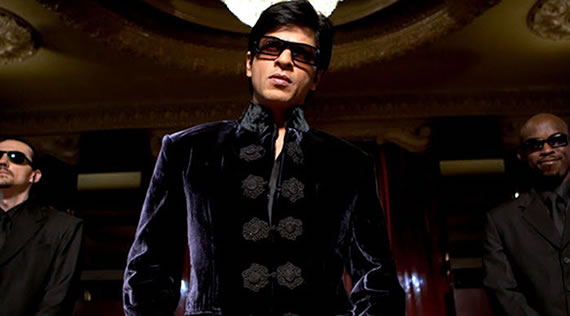 The story line for Xtrme City deals with the Mumbai mafia and slums which includes romance, family emotions and personal obligations.

The film is to focus on an American who gets wrapped up in trouble with the mafia after heading to India in order to help his father-in-law with a kidnapping plot.

The movie will be mostly shot in Mumbai, to match the story.

Paul Schrader said: “The script that I am dealing with is about two men who’ve worked together – an American policeman and an Indian ex-bhai. But it’s not a gangster film. It’s not a Satya, Company or Sarkar. It’s a different kind of film.”

This is a hallmark move to bring Bollywood and Hollywood onto the same platform. If the production and story of the film is as good as the agreement to make such a movie then we will be in for a tremendous treat of a film.

Shahrukh has no doubt proved that his dream to do a viable Hollywood project has come to an amazing fruition, unlike other Bollywood stars just making appearances in Hollywood movies.

Amit enjoys creative challenges and uses writing as a tool for revelation. He has major interest in news, current affairs, trends and cinema. He likes the quote: "Nothing in fine print is ever good news."
West is West – Om Puri and Sajid Khan Interview
Bollywood Stars vote for IIFA 2011