A remote hill hamlet is the setting for this dark, disturbing and suspenseful tale called Natural Selection, produced by Raj Kajendra. Lead actor, Viraj Vaenthen, plays the role of a man on a killing spree; the pinnacle of the movie. DESIblitz met up with the duo to find out more about their film.

Viraj Vaenthen took the lead as Best Actor Male in the London Asian Film Festival March 2011 (LAFF). Natural Selection a film by Raj Kajendra, came to London with a huge turn- out. Not a single seat left remaining as viewers were eager to watch the movie. Natural Selection and Varnam participated in the 13th LAFF, which marks 100 years of International Women’s Day.

We had the pleasure of meeting up with Raj Kajendra and Viraj Vaenthen, at the film’s screening at LAFF. The duo gave us a great insight into the film project.

Natural Selection has elements of “surrealism,” commented Raj Kajendra, which is set in a typical rural village lifestyle, hence,the word “Natural” in the title. “We wanted the viewers look beyond what is happening on the screen,” says Kajendra, the Producer/Writer of the film. The story takes on a very suspenseful approach. The elongated shots left the audience curious, yet gripped. 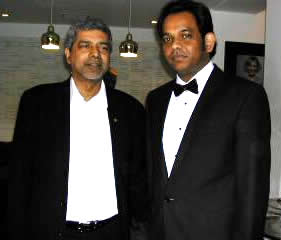 Raj Kajendra’s journey to the rocky hills of Kodaikanal in Tamilnadu, were his source of inspiration. He had an idea, that “a man goes on a killing spree”, as stated by Kajendra, the role which was acted by Viraj Vaenthen. That’s what deciphered the name of the film as, Natural Selection.

Although this film had a difficult subject base, Viraj Vaenthen mastered his tough character role. Being nominated for the Best Actor Male “felt like winning an Oscar,” said Vaenthen. His role in this film was “unexpected” he told us. He says, “I originally auditioned for the middle aged character, but I was selected for the successful businessman.” Vaenthen was originally looking to go into Bollywood films. His previous work on an Independent film, led him to acting in Natural Selection.

The unique quality of the content, attracted Music Director, Murali, to the project. After a lot of music direction, Murali followed his true passion. “Murali was waiting to become a Film Director,” revealed Raj. Murali also directed a film called “Shiri” which included a lot of well-known Tamil songs. He decided to direct Natural Selection, help assist with the funding and also became the Co- Writer and Production Designer.

Many films have been inspirational for Raj Kajendra. One film that really caught his eye was Monsters by Gareth Edwards. “It is a very unusual and inspiring film,” he commented. This film was screened in the Cannes Film Festival in 2010. It’s is a low budget film where two people cross the Alien Territory to get back to the US. Monsters is a fictitious film showing the potential harm to the human race. Kajendra was inspired by the way Edwards created a sense of realism in Monsters. Edwards used two professional actors and the other characters were added along the journey of the film.

Raj and Viraj showed great respect towards the work of the other nominees. When asked about the winner, Raj commented:

“It’s the time and effort that goes into film making…seeing the film being released, is the Award that I like best.” 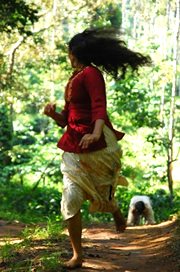 Kajendra and Vaenthen both live in the UK. Natural Selection took one and a half years to produce, whilst on their trip to India. The film set related well to the village life of India. Raj says, “Although this film has an Indian story, Indian cast and set in India, it’s not a typical Bollywood film.” In a growing country like India, the producer and the director made this film with a thought of the “concern for the environment.”

Film producing and writing comes with a passion. “Being a producer is a much harder task and goal orientated, that gives you an enormous satisfaction by producing the film,” says Raj. He adds, “If you are a Writer, you have to finish your script, if you are a Producer or a Director you have to finish your film…If you cannot last the distance, then film making is not for you.”

Raj has previously produced Mann and Varnam. Kajendra and Vaenthen are currently working on several forthcoming projects. Watch out for their new film, Desire Dark Tales in a Metro City which will be produced by July 2011. This film will be about dark desires in an urban Indian city. Will this be nominated for the next Award? Let’s wait and see.

Smriti is a qualified Journalist with an optimistic take on life, enjoying sports and reading in her spare time. She has a passion for arts, culture, bollywood movies and dancing - where she uses her artistic flair. Her moto is "variety is spice of life."
Bollywood Stars vote for IIFA 2011
Nominees for 2011 IIFA Awards