One of Bollywood’s top celebrity names, Aishwarya Rai Bachchan is pregnant with her first child. Elated grandfather and legendary actor, Amitabh Bachchan released the news to the world on the microblogging site Twitter.

"The child of Abhishek and Aishwarya shall be the first Bachchan of the generation after my brother and me ..."

Amitabh Bachchan told the world the news that his actress daughter-in-law, Aishwarya Rai Bachchan is pregnant. Mr Bachchan senior tweeted on his Twitter account on Tuesday 21st June 2011, saying: “NEWS NEWS NEWS !! I AM GOING TO BECOME A GRANDFATHER… AISHWARYA EXPECTING… SO HAPPY AND THRILLED.” Rai’s media manager confirmed the news shortly afterwards but did not give any more details.

Aishwarya Rai Bachcan Rai, who is now 37, married Abhishek Bachchan in 2007. Turning them into the Brad Pitt and Angelina Jolie couple of Bollywood. Both went on to work in many Bollywood films together and individually. But speculation of Aishwarya being pregnant were stories that always followed the couple, especially, after she put on weight during her marriage. 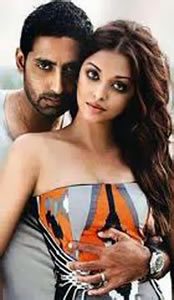 After the many rumors of pregnancy last year which were quashed by the couple, it is now confirmed that the junior Bachchans have progressed onto the next stage of their marriage, which is parenthood. News which media thought would be imminent because Aishwarya was reported to be looking more plump than usual.

Abhishek Bachchan has not made any statements on Twitter or anywhere else and neither has Aishwarya but it’s evident that Bachchan senior had the responsibility to break the news to all.

Amitabh and Jaya Bachchan will become grand-parents for the first time where the grand-child will don the Bachchan name, and Mr Bachchan said: “The child of Abhishek and Aishwarya shall be the first Bachchan of the generation after my brother and me …” 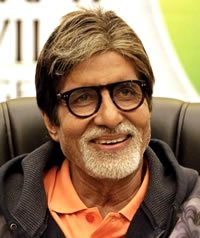 Within half an hour of his tweet, Amitabh received over 2,800 congratulatory tweets from his fans, well-wishers and friends, and the numbers grow non-stop. The news has spread all over the globe and hit Toronto too, where preparations for the 2011 IIFA’s are on the way, with many Bollywood stars in the city.

Many of the stars from the Bollywood fraternity have been responding to the news and replying to Mr Bachchan by tweeting back in response. Here are some of the messages: 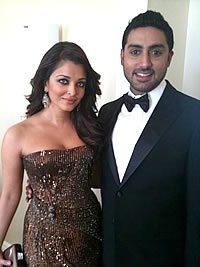 Sophie Chowdhury tweeted: “Congrats to soon to be dadaji @SrBachchan. Thrilled for @juniorbachchan and Ash. Much love and happiness to u all!!”

Music composer Vishal Dadlani from the Vishal and Shekar duo said: “Thrilled for @juniorbachchan, Ash, @SrBachchan and Mrs B. Some of the most wonderful people I know! God bless you.” 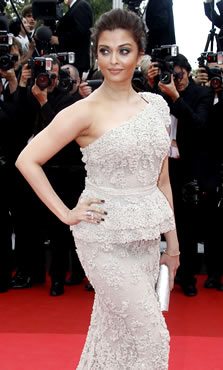 Actor Rana Daggubati, who has worked with Abhishek Bachchan, in Dum Maaro Dum tweeted to him: “@juniorbachchan is soon to be Daddy Bachchan. Congrats and lots of love.”

1990’s Bollywood star Raveena Tandon recalled her experience with Aishwarya and said: “so so happy with the news on Ash gonna be a mamma! godbless! I remember, she and me together on flights, going for concerts, chatting, long hrs away, then too she dreamed of a happy settled family life.. She’s another scorpion whose moulded her life into exactly what she wanted!!A loving husband! a good family, successful career and now babies!”

The messages continue and Amitabh has been overwhelmed with the wonderful response. He responded on Twitter and said:

“No words to express my gratitude to all those that wish us on the coming of a new born in the family .. I am humbled, honored, happy”

The news of Aishwarya’s pregnancy now puts a question mark on her future projects. Does it mean she will continue to work on her film projects or will she reduce her work load being part of a Bollywood dynasty? Past stars that carried on working include Kajol who got pregnant before she could finish her work for Toonpur Ka Superhero and Stepmom.

There is no doubt that this wonderful news is going to generate many more stories related to an A-list Bollywood star such as Aishwarya Rai Bachan. Including, how big she is getting, who the baby will look like, the baby name and much much more.

Priya adores anything to do with cultural change and social psychology. She loves to read and listen to chilled music to relax. A romantic at heart she lives by the motto 'If you want to be loved, be lovable.'
Toronto gets ready for IIFA 2011
Winners of IIFA 2011 Awards