With her perfect hour glass figure and her size zero bikini appearance in Tashan, Kareena Kapoor has been selected by Sony to promote their new ultra thin Sony Vaio X laptop.

I believe in Sony products

The Japanese electronics giant did research and conducted a poll to find that Kareena’s name came up as the only Asian actress who had dropped a few sizes and had gone to a size zero figure in a short span of time. Hence, Bebo is all set to endorse the brand that Britney Spears endorses in Hollywood.

Kareena is the first Indian to endorse the Sony brand. As part of the deal, the actress will be a part of the brand campaign including television commercials and print advertising.

The 29-year-old Bollywood actress, who is awaiting the release of her film “Kurbaan”, starring with Saif Ali Khan, added, “I believe in Sony products and I am privileged that they have signed me. They believe in cutting edge technology and innovate a lot and I am glad to be their ambassador since I associate myself with quality.”

Kareena says though she isn’t very tech-savvy, she uses the Internet quite regularly. “I use the Internet often and since I am a frequent traveller and I’m out of the country most of the time, I like to be connected through a laptop,” she said.

The new Kareena Kapoor brand of laptops were first launched in New Delh, India. The commercial for the campaign with a stunningly beautiful Kareena, was shot by Jason West of ‘Rock On’ fame and styled by Anahita Shroff in Mumbai. 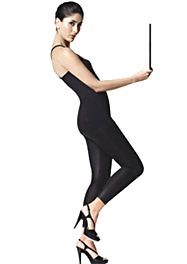 Apparently, Kareena is very conscious about all the products she chooses to endorse. She is very clear that she will never endorse food chains like McDonald’s or Burger King, known for their beef burgers.

“I will not endorse non-vegetarian products like McDonald’s or Burger King. I won’t endorse alcohol or tobacco. This is the policy I always follow because if I don’t relate to such things, I should not advocate them either, ” Kareena said.

Kareena is the face of many leading brands like Kurkure Desi Beats and Vivel soap among others.

Sony Vaio X laptop has been considered as world’s first slimmest and lightest laptop. The 655 gms weight VAIO X is about half an inch thin.

Nazhat is an ambitious 'Desi' woman with interests in news and lifestyle. As a writer with a determined journalistic flair, she firmly believes in the motto "an investment in knowledge pays the best interest," by Benjamin Franklin.
Video GAME BAFTA Awards 2009
Free Bollywood films on YouTube