A Tribute to Kuldeep Manak

Kuldeep Manak is undoubtedly known as Punjab’s biggest folk singer. DESIblitz had the opportunity to interview Kuldeep Manak before the loss of this incredible artist. We present a special tribute to this legendary singer.

on 30th November 2011, Punjabi music lost one of the most iconic and legendary singers – Kuldeep Manak.

This outstanding and powerful singer was and will always be a role model for Bhangra artists around the world.

He has left a tremendous legacy of Punjabi folk and Bhangra music which inspires every singer to be like him as a singer and a person.

Kuldeep Manak at the age of 62 was still seen as a strong ambassador of the Punjabi and Bhangra music industry.

He was singing and touring because singing was in his blood. However, his health recently over the last couple of years was not supporting his inner strength.

Manak passed away from Pneumonia during his stay in a hospital in Ludhiana, Punjab, India. 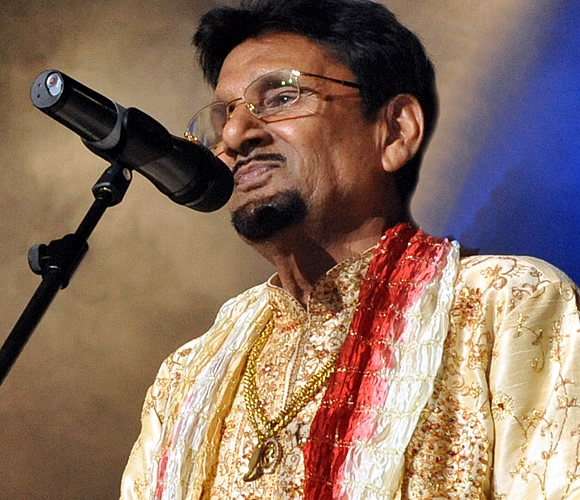 Manak’s health seemed to be stable in CMC hospital in Ludihana and his loss was not anticipated.

Yudhvir Manak his son could not emotionally cope with his father being unwell and was sitting in his car when his father passed away whilst the rest of the family was around him.

Born on 15th November 1949 in the village of Jalal in the district of Bathinda, Punjab, India, Manak was a member of musical family.

Manak was of the tradition and caste of entertainers, known as Marasis.

His ancestors were the hazoori raagis of Sikh religious songs for Maharaja Hira Singh of Nabha, one of the Phulkian states in the Punjab.

From recording his first song at the youthful age of 17 in 1968 with with Seema, ‘Jija Akhian Na Maar Vemain Kal Di Kuri’ to collaborating on Bhangra albums, Manak leaves us music that caters for everyone. 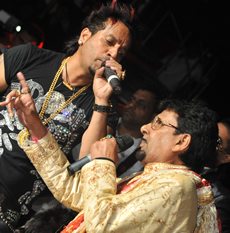 Manak’s latest and final collaboration was with Jazzy B on his album Maharajas, Manak was a singer who had a voice that was instantly recognisable for its power and perfect key.

One of Kuldeep Manak’s most symbolic of many albums was ‘Ektara’ where he introduced us to amazing and very memorable Punjabi folk songs sung with his small tumbi.

Manak was very particular about the tumbi in terms of how it is played and tuned, and did not accept people not classing it as a formal instrument.

He was adamant that you learnt it from a teacher and told us: “Anyone can just play the string but you won’t know what notes you are playing.” 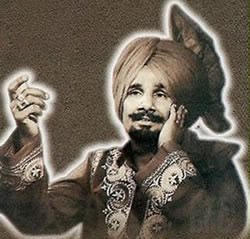 There will be no other singer like Manak. A short and simple man had a big a voice that instantly grabbed people as soon as you heard him.

His performances were always a treasure to watch and his songs always had a strong connection with folk music.

There are not many Bhangra and Punjabi singers for whom Kuldeep Manak who was not an inspiration. From old to new singers everyone says his name as a key inspiration.

Bhangra singer Jazzy B and his career was always known for his strong connection with Manak.

Jazzy B was four years old when he first heard Manak’s music and says that he is the reason why he became a singer.

Jazzy was in India with the family when Manak passed away and said: “I have lost a father figure.”

DESIblitz.com met up with him on his last visit to the UK and we bring you our exclusive interview with the legendary Kuldeep Manak as a mini-documentary: 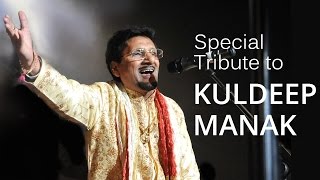 Lots of the names from the Bhangra and Punjabi music industry tweeted on Twitter upon hearing the sad news:

Jazzy B – “R.I.p ustad kuldeep manak ji . True maharaja of folk music is gone, but will b with us long as we live by his music. Waheguru ji waheguru ji”

Sukshinder Shinda – “R.I.P The King of Punjabi Folk – The One We All Know As Kalliyan Da Badshah – Ustaad Kuldeep Manak Saab Ji”

PBN – “shocked to hear the news about our legendary Panjabi folk singer.. Kuldip Manak Ji. we have lost a true legend. No words are enough. RIP”

Manak critical of the music scene today felt it had lost a lot of its sensibility and direction. Especially, Punjabi music.

He felt too many artists proclaimed themselves as stars first but singers after. Not enough devotion was being given by them to their craft resulting in a loss emerging of real singing talent.

Hopefully, this advice by this legendary singer will have impact and encourage new generations of singers.

The Punjabi music world has lost its biggest folk legendary singer. There will never be another singer, performer or person like Manak, known for his big and powerful voice and for giving us endless hit songs, loved by young and old.

We pay a big tribute to Kuldeep Manak, who will leave a void for ever in the world of Punjabi music. Rest in Peace.

As part of the senior DESIblitz team, Indi is responsible for management and advertising. He especially loves producing stories with special video and photography features. His life motto is 'no pain, no gain...'
‘Boom Boom’ by Sat Sandhu from Paris
YouTube Gold Award for Kolaveri Di