London’s Southbank Centre returns with its annual Alchemy Festival, featuring international artists and musicians from South Asia, in a series of exclusively designed shows and events for audiences to enjoy.

"I'm looking forward to the diversity of voices within South Asia that will come forward."

In its fifth instalment, the Alchemy Festival celebrates the rich and vibrant culture of the East, with special events and shows inviting British audiences to learn more about South Asian heritage.

Programmer of Alchemy, Rachel Harris says: “The Southbank Centre is a cultural organisation that responds to and reflects its surrounding community, and gives people a sense of connectivity on an international level.

“We want the widest possible audience to attend, not just South Asians who will be familiar with some of the names featured, but also mainstream audience. We want to hold a mirror up to the diversity in the UK. The idea is to do something that resonates with the communities in London.” 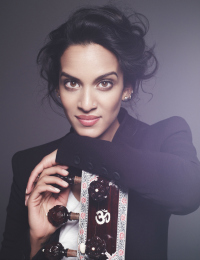 Headlining for the 2014 Festival is the stunning and gifted sitar player, Anoushka Shankar, daughter of the late Ravi Shankar. Anoushka performed to a sell-out crowd the previous year, and she is back to perform live once again.

The world of Bollywood will also make an appearance at the festival with renowned singer, Sukhwinder Singh taking to the stage at the Royal Festival Hall.

Veteran actor, Naseeruddin Shah will be joined by his wife and daughter, Ratna Pathak and Heeba Shah, for a fun and interactive reading of Vikram Seth’s Beastly Tales which is a playful adaptation of Aesop’s Fables and can be enjoyed by all ages.

Known for his eclectic roles over the past few decades, Naseeruddin is a classic actor of South Asia, having starred in both Bollywood and Lollywood (Pakistani cinema). He will certainly be adding a star quality to the festival, and shows how important Alchemy is in overcoming barriers between the East and West.

The festival will also see an entire segment focusing on Pakistani culture and lifestyle, particularly it’s influence on the British Pakistani population. It is interesting that the festival has taken a different approach rather than showcasing typical Indian/Bollywood shows as a general representation of South Asia. 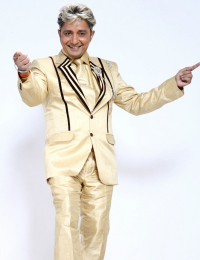 As Rachel Harris says: “We are aware that there is a certain image of Pakistan in the news and we want to show London an alternative view, the range of work and insight into the amazing creativity that comes from that part of the world.”

The Pakistani-centric events will include a ‘Citizens Archive exhibition of Pakistan’, which features historical documents, artefacts and oral histories of many Pakistanis, showcasing the distinct ‘evolution of Pakistan’ to the present day.

Also performing a stand-up comedy show is Saad Haroon who will offer a humorous account of his life and Pakistani upbringing in Factory Life. Commenting on the Pakistani events taking place, he says:

“We do not get many opportunities to showcase our art. It always ends up being around the themes of violence, this time around, the festival is much more fun, it includes cricket and satire and performances of South Asian female comedians. I’m looking forward to the diversity of voices within South Asia that will come forward,” he adds.

Other notable events include the UK premiere of Fearless Nadia, which is a musical film about the silent-era actress of Bollywood who was also the industry’s first female action hero. 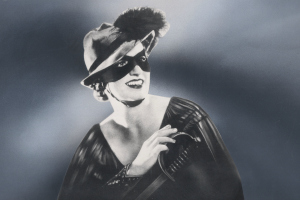 The show will celebrate the best of Nadia’s 20 year career, including rare footage of her 1940 film Diamond Queen, which will be accompanied by a live orchestra that includes twelve extraordinary musicians playing on tabla, shenai, sarangi and dholak.

Music will also be on offer with album launches from Susheela Raman and Soumik Datta, who will perform on stage with the likes of British Asian music producer, Nitin Sawhney.

Specially created and choreographed for the festival will be Flight which sees traditional Indian kathak dance by Gauri Sharma Tripathi. Choreographer Aditi Mangaldas will also premier his musical dance number, Within.

A celebration of South Asian culture would not be complete without some delectable food. The Indian street food restaurant, Roti Chai Chaat Shack and Bar will return to the Festival Village offering a range of tasty snacks for visitors to enjoy.

Acclaimed chef, Nikesh Shukla will also be unveiling his cooking memoir, entitled, The Time Machine which describes how he began his passion for cooking. Nikesh will also be doing some live cooking of his favourite Gujrati dishes.

“For the fifth anniversary of Alchemy we are thrilled to welcome back a host of festival favourites, including Anoushka Shankar and Susheela Raman, as well as new partners and artists, making this year the most ambitious and collaborative yet.”

Following the continued success of Alchemy since its inauguration, the festival will also be touring parts of the UK from 2015, in an attempt to facilitate a wider British audience:

“We’ve worked hard to grow the festival in the last five years, welcoming artists and audiences from increasingly diverse backgrounds, and I am delighted to announce Alchemy will tour parts of England in 2015,” Kelly says.

“This will see Southbank Centre collaborate with regional arts centres – Black Country Touring, Cast and Oldham Coliseum, thanks to Arts Council England funding – to present work to their local communities, and extend the reach of the festival beyond London.”

Taking place between May 15 and 26, London’s Alchemy Festival will showcase a huge variety of cultural delights for Asian and non-Asian audiences to enjoy, and learn more about the vibrancy of South Asia. For more details of shows and events taking place at the Alchemy Festival, please visit the Southbank Centre website.