A five-day Alchemy festival at the Southbank Centre and Royal Festival Hall in London showcases and celebrates Indian and South Asian culture with a multitude of events and activities.

different facets of Indian culture in the UK

BBC Radio 1 and Asian Network DJ Nihal makes two unique appearances to showcase the latest in Brit Asian music talent. Nihal’s Desi Live on Thursday 8 April features H Dhami, Jaz Dhami and Juggy D. The first time the three biggest name in UK Bhangra have appeared together. They are taking it back to basics to showcase ‘the raw power and soul of Punjabi folk music.’ Top Bhangra Producer Bee2 will be performing with a live band at the event.

Nihal is also hosting his BBC Asian Network debate show live from the Southbank Centre. There is a discussion on the ‘ingredients that make up Indian culture today’ and a live cook off between two celebrity chefs. 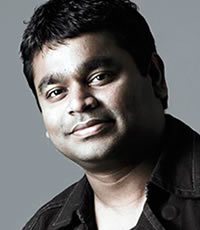 The Music of AR Rahman is presented in a special performance by the London Philharmonic Orchestra. This will be a full orchestral performance of his music. In the past, the City of Birmingham Symphony Orchestra performed his music at Symphony Hall in Birmingham, so this performance will showcase Rahman’s music on a larger scale. The music composer won two Academy Awards for his score to Slumdog Millionaire. A R Rahman will be answering questions from the audience after the performance. The show will be hosted by Nihal.

Rahman said of the orchestral approach to performing his music, “It’s not the first concert I’ve given in Britain but it’s going to focus more on my classical repertoire and all the movie themes, with a 100-piece orchestra, a choir and guest soloists from India on sitar and flute.” He added,

“It’s such a joy to do this because we don’t have a fully fledged symphony orchestra in India.”

Jude Kelly the artistic director of the Southbank Centre said, “Like the mix of peoples, traditions and boundless energy that conspires to produce one of the world’s great cultures, Alchemy – as the name suggests – is the result of an unprecedented coming together of individuals and organisations, all of whom champion different facets of Indian culture in the UK.”

Raj: Reload is a second music offering by the Alchemy festival. This is a mini festival line up of British Indian musical talent combining VJ/DJ shows with spoken word and live bands. Artists include The Clinic with Chandrasonic from Asian Dub Foundation, Wear Cape and DJ Nerm (Shiva Soundsystem). It includes an exciting new live score to Mother India featuring DJ Tigerstyle, which is the centrepiece of the Mother India concerts in Birmingham. 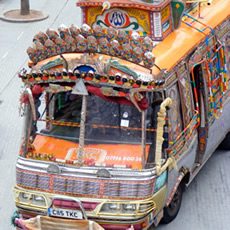 An ongoing exhibition at the festival is the ‘Story of Southall’ curated by music maestro Kuljit Bhamra, which also includes input from his mother, a veteran singer, Mohinder Kaur Bhamra. This aspect of Alchemy is in the Spirit Level at the Royal Festival Hall. It is a celebration of life in an area described as Little India. Visit stalls and listen to storytellers recreating the sights and sounds of Southall. A bus from Pakistan is part of The Southall Story, which is a multi-sensory exhibition. 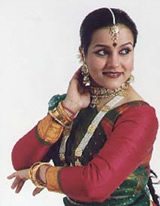 The Alchemy Festival promises to be a vibrant showcase of both Indian culture and that developed by British India. From yoga to poetry readings, Dandya Raas performance and British Indian music fusion Alchemy covers all aspects of Indian diaspora culture flourishing in Britain today. It is a festival not to be missed.

S Basu wants to explore the place of Indian diaspora in a globalised world in her journalism. She likes being a part of contemporary British Asian culture and celebrates the recent flourishing of interest in it. She has a passion for Bollywood, Art and all things Indian.
The \”home\” Exhibition
Tagore Paintings auction causes Protest