A Southeby’s auction of paintings by Rabindranath Tagore, the famous poet and artist, have attracted protest by those against the sale from the UK and India.

Paintings produced by the Bengali poet and Nobel prize winner Rabindranath Tagore that are due to go on auction on 15th June 2010 at Southeby’s in London have become the centre of protest and could develop into an international situation with the involvement of Manmohan Singh, prime minister of India.

The Darlington Hall Trust, near Totnes in South Devon, UK, are currently the owners of 12 paintings created by Tagore. The collection has been put forward for the sale at the Sotheby’s annual sale of Indian Art with plans by the Trust to raise funds to be used to support its ambitious new plans to expand its charitable programmes in the arts, social justice and sustainability. The combined estimate for the paintings is in the region of £250,000. 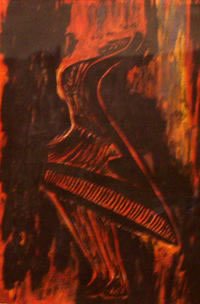 The proposed auction of the paintings has caused rage amongst members of the Tagore Centre in London. They accuse the cash-tight Dartington trustees of selling off their cultural heritage and cashing in on the friendship between Tagore and the Elmhirsts, who founded the estate. A protest by the members has been made both to the Indian High Commission in London and the Indian government in an attempt to put pressure on the trust to halt the sale.

The Tagore Centre in London was set up 25 years ago in honour of the famous poet, novelist, musician and playwright. A spokesperson for the centre said, “We are in negotiations with the High Commissioner and we are bringing the Indian government into the picture. We hope something can be done to stop this.” The centre does not believe the sale of these paintings is justified and said, “Tagore and the Elmhirsts had a friendship and he did not give them the paintings for the purpose of making money. They should be kept as part of the heritage of Dartington.”

However, Dartington communication’s director Rita Cuming has responded by saying that the trust ‘legally owns’ the paintings and said the sal of theme would go towards the trust’s £15 million expansion plans. She said, “The paintings have been in storage because we don’t have any place on the estate to show them. Sotheby’s, because there is a great interest in Tagore, suggested it would be a good time to put some of his paintings on the market.” 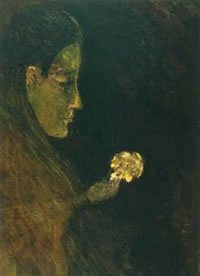 As part of the momentum against the sale, West Bengal chief minister Buddhadeb Bhattacharjee in India, has sent a strong request to Manmohan Singh, urging him to stop the auction of rare paintings by the poet laureate. He wrote in a letter to the prime minister, “It has recently come to my notice that Tagore’s paintings presented to Leonard Elmhirst by the poet has been planned to be put on auction by Southeby’s at London. This news has deeply disturbed us. These Elmhirst collections of Gurudev’s paintings are priceless treasures of Indian culture and the government should take steps to bring these paintings back.”

Because currently, meetings are being held between the prime minister and eminent personalities from the world of art and culture to discuss how to celebrate Rabindranath Tagore’s 150th birth anniversary.

Rabindranath Tagore born in Calcutta in 1861, was perhaps the most important literary figure of Bengali literature and the first non-European to win the Noble Prize in Literature. He was an ambassador for India and its culture. Throughout his life, Tagore published extensively, including poems, novels, stories, textbooks, and treatises on history and pedagogy. At age 17, he was sent to England to study to become a lawyer. Tagore began painting later on in life, despite showing signs of red-green colour blindness. This did not prevent him from becoming one of India’s most esteemed modern artists.

When asked about his paintings, Tagore said,

“People often ask me about the meaning of my pictures. I remain silent even as my pictures are. It is for them to express and not to explain.” 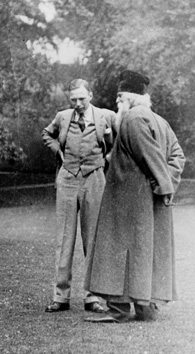 The ties between Dartington Hall and Tagore emanate from the close friendship between Leonard Elmhirst and Tagore. They met in the US while Leonard was attending Cornell University. After Leonard graduated in 1921, he travelled to India to work as Tagore’s private secretary. He then travelled the world with Tagore. Elmhirst was also behind creating a department for rural reconstruction on an estate belonging to the Tagore family.

Elmhirst used his experiences of India and the abiding influence of the Indian artist to shape his vision for the educational, social and rural experiment he and Dorothy, his wife, who was known as ‘one of the world’s wealthiest women,’ created at Dartington a few years later.

Tagore visited Dartington on a number of occasions. In addition to his paintings, Dartington holds a huge archive of photographs, letters and other ephemera relating to the artist, all of which will remain part of Dartington’s extensive archives. In one of the letters from this incredible archive, a friend of Leonard Elmhirst recalls Tagore painting at Dartington. He says in the letter, “One day he [Tagore] asked for bottles of coloured ink, and, when these arrived, there began to emerge a series of paintings and sketches.”

Amit enjoys creative challenges and uses writing as a tool for revelation. He has major interest in news, current affairs, trends and cinema. He likes the quote: "Nothing in fine print is ever good news."
Alchemy Festival showcases Indian culture
Tagore paintings sold at Sotheby’s