Despite being the daughter of established TV actress Shweta Tiwari, Palak Tiwari does not consider herself to be a star kid.

"it’s your work that speaks."

Palak Tiwari, the daughter of TV actress Shweta Tiwari, recently spoke up about nepotism in the entertainment industry.

However, she does not believe that she is a star kid.

According to Palak, although she does not consider herself a star kid, she still does have the “benefits”.

Palak Tiwari is making her acting debut in Bollywood, rather than following her mother’s footsteps into the television industry.

As an up-and-coming actress, she agrees that she has much more recognition at this stage in her career due to being Shweta Tiwari’s daughter.

Despite this, though, Palak firmly believes that a person’s success always comes down to the work they put in.

“Frankly, I don’t consider myself a star kid.

“My mother is a very established actress but in a very different industry altogether.

“I would have had these benefits I feel in television.

“I still have the benefits. I have much more recognition now in this stage of my career.

“I wouldn’t have it if I wasn’t for her daughter.

“However, I think at the end of the day it’s your work that speaks.

“You may get one film, two or three films based on your contacts but then 5 or 6 films they have to look at their financial situations.

“Only because of your capability, work and likability, one can sustain longer in the industry.” 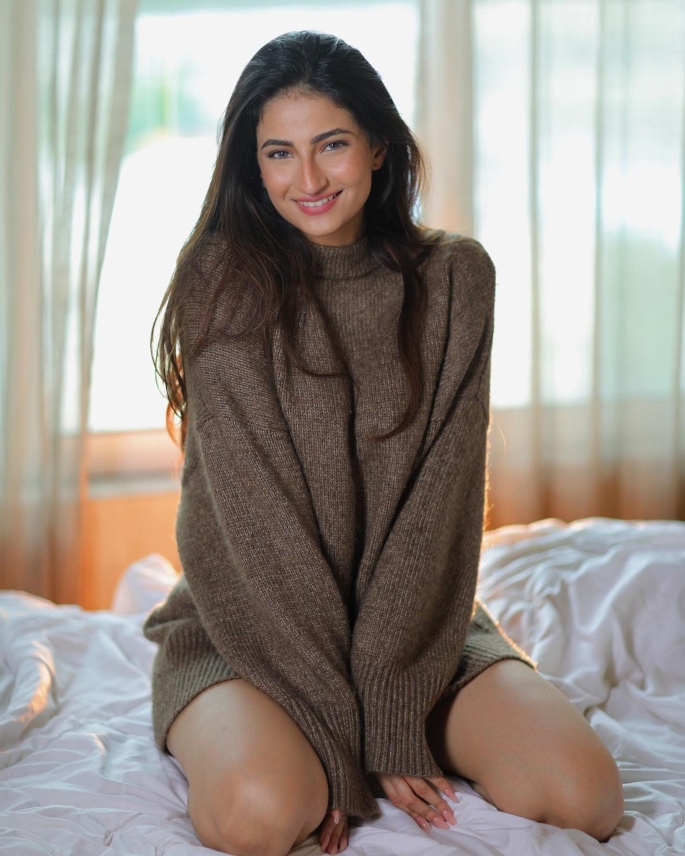 Palak Tiwari is due to make her Bollywood debut with the horror-thriller Rosie: The Saffron Chapter.

Directed by Vishal Mishra, the film focuses on the disappearance of Rosie, a BPO employee from Gurugram.

According to Palak, success is achieved more by hard work than by someone’s contacts. She said:

“Honestly, I believe if you work hard, everything comes with time.

“The best you can do initially is to prove yourself, show your acting prowess.

“And, I felt this was the film I can test myself and challenge myself as an actor.

“I wanted to start my career from a very challenging aspect, not very easy.”

Palak Tiwari does not shy away from a challenge, which is partly why she chose to pursue a career in Bollywood.

Palak previously said that she opted against acting in television so that Shweta would not be able to help her.

Speaking of this, Palak said:

“I was never supposed to make a debut with a TV show.

“My mom has a great legacy so there was this sense of nervousness that whether I will be able to stand up to that.

“However, movies are a place where my mom can’t really help me much as she can do on TV so I thought this is one arena where I can do things on my own.”

Shilpa Shetty admits she “made a mistake” in Cryptic Message
Priyanka Chopra chooses between Hollywood & Bollywood?