Shweta Tiwari’s daughter Palak is set to make her Bollywood debut opposite Vivek Oberoi in the horror-thriller ‘Rosie: The Saffron Chapter’.

The movie is said to be based on true events

Star kids making their Bollywood debut has become a recurring trend over the years.

It’s almost expected even, that as soon as the kid starts making a splash on social media, it’s because that kid has their eyes set on the big screen.

This time, not Bollywood, but we have Indian television’s popular actor Shweta Tiwari’s daughter Palak making her acting debut.

Shwetha renowned for her role as Prerna Sharma in Kasautii Zindagii Kay (2001-2008), Sweety in Parvarrish (2011) and Bindiya Thakur in Begusarai (2015) is an Indian fan favourite.

The film’s teaser and the primary look poster have been released. The horror-thriller film also stars and is co-produced by Vivek Oberoi. 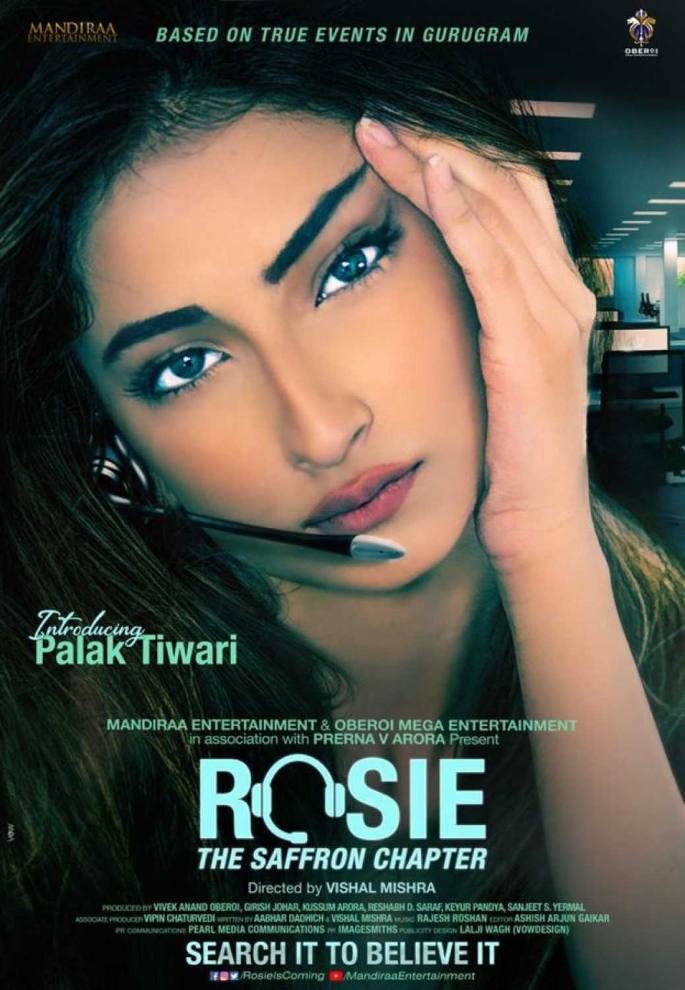 The movie is said to be based on true events and is touted as India’s first horror-thriller.

Rosie, which is directed by Vishal Mishra, will be reportedly shot in Vasai and the set is being prepped for the filming keeping all Covid precautions in mind.

“Yes, we will start shooting for ‘Rosie’ from mid-December with Vivek Oberoi and Palak Tiwari. Another film, ITI, will go on floors by February in Dharamshala, Himachal.”

“Keeping in mind the current situation we will be taking all the required precautions for the safety of our cast and crew.

“We are going to shoot on the outskirts of Mumbai and Maharashtra.

“Palak is working hard for her role for the past two months and we will introduce the remaining cast soon.”

Sharing a poster of her Bollywood debut film on Instagram, the actress said:

“What an honour to have @vivekoberoi sir be joining the cast & have a chance to be under his tutelage. With great vulnerability and pride I present to you the posters for Rosie: The Saffron Chapter.”

Based on a true story, the movie covers the events which unfolded in 2003. Set in Gurgaon, India, the story is about what happened in the call centre called Saffron.

Rosie was one of the employees at Saffron, who suddenly stopped coming to the office.

The twist is that Rosie had died 8 years back!

While the story garnered a lot of media and public attention then, nobody could actually figure out what had transpired.

The movie tries to answer a few questions, including what made the ghost lead a normal, boring life.

“Rosie is a perfect combination of mystery and horror.

“Horror as a genre itself is under explored in the Indian film industry and on top of that, Rosie being a true story makes it even more interesting.

“We’re all set to bring a spine chilling story to the audiences where from music to background score and edit, every small element will add new dimensions to the film.”

Akanksha is a media graduate, currently pursuing a postgraduate in Journalism. Her passions include current affairs and trends, TV and films, as well as travelling. Her life motto is 'Better an oops than a what if'.
Bharti Singh & Haarsh Limbachiyaa’s Colleagues react to Arrest
Kartik Aaryan shares New Movie ‘Dhamaka’ on 30th Birthday