Abhinav Kohli reacts to Comments made by Shweta Tiwari

TV actress Shweta Tiwari made allegations about her ex-husband Abhinav Kohli during an interview. He has now reacted to her comments.

"He used to record all the conversations"

Abhinav Kohli has reacted to the allegations made by his ex-wife Shweta Tiwari.

Their apparent split spilled onto social media where Abhinav made various accusations against the Kasautii Zindagi Kay actress.

On the posts, Shweta said in an interview with Bollywood Bubble that her ex-husband threatened to “ruin” her reputation.

He had allegedly told her that he would ruin her with just one post. Shweta added:

“After 5 to 6 days, he started posting, to spoil my reputation.”

Shweta went on to say that people are sceptical when something good about a person is said. But they jump to conclusions when something scandalous comes into the public eye.

She said: “Since the person is talking about it openly in the media, they think it is the truth.

“But, why does nobody think that it might be false also? They are just spectators, they don’t even know what the truth is.

“And just because the other person is not sharing the story, they believe one-sided stories. People don’t understand that it is a personal life.”

She revealed that at times she wanted to give her side of the story, but refrained from doing so.

“Many times, I thought of sharing my stories, when he shared small clips.

“He used to record all the conversations, but I did not initially. I started recording when someone told me to do it.”

Following Shweta’s accusations that her ex-husband tried to ruin her reputation, Abhinav has now reacted.

He said that his posts were not designed to ruin her reputation and said that his social media account is a public one so everyone can see the truth.

Abhinav also thanked Shweta for clarifying that her first husband, Raja Chaudhary, was physically violent towards her and not him. 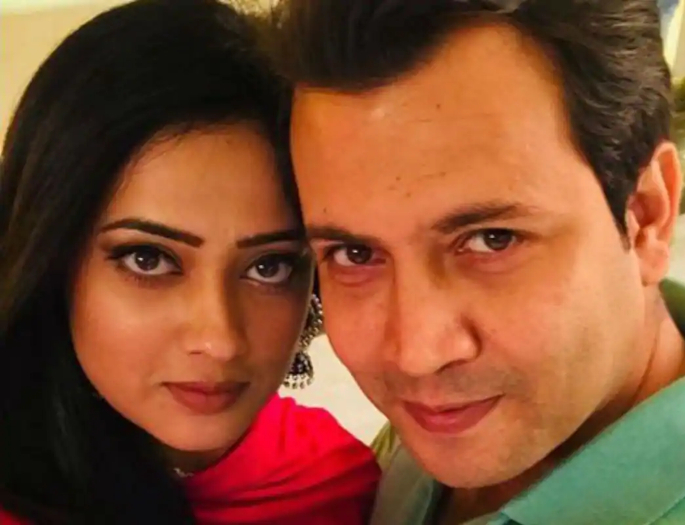 He said: “You (Shweta) started the story by saying I was cancer.

“When I was taking care of the child (Reyansh) and on that very day, you were saying that I am cancer.

“You are giving this interview and the child was with me in my car, we were having fun.

“You are giving an interview saying that I am cancer, he is out of my life. You started all that. And after that, I have not put any post which is a lie. I have not told a lie in any of my posts.

“My posts are real videos. If you (Shweta) have a better video to negate what I have said, show that.

“The proof is in the pudding and not in the talking. And also, none of my posts are to put her down. I mean, I have said the truth.

“I have spoken about a few topics like I have never been accused of domestic violence or she has not filed a divorce with me. I am repeating.

“I have been repeating myself, just trying to make my voice heard. My voice is muted.”

Abhinav added: “I sent her a funny message one of these days in which I said those (lines by) Shehnaaz Gill, which she has made very famous.

“My feelings are nothing at all. Teri feelings teri. Am I not also a human being who feels that I should be with my son?”

Abhinav explained that Shweta is missing the main point which is about their son. He stated that when Shweta was busy with Mere Dad Ki Dulhan and had Covid-19, he was looking after their son, rejecting work to take care of him.

He also alleged that in May 2020, Shweta Tiwari took away Reyansh even though he did not want to go.

Dhiren is a journalism graduate with a passion for gaming, watching films and sports. He also enjoys cooking from time to time. His motto is to “Live life one day at a time.”
Jasmin Bhasin reacts to questions about Marrying Aly Goni
Neetu Kapoor reveals Breakup with Rishi Kapoor