Neetu Kapoor recalled her “painful” breakup with the late Rishi Kapoor while they were filming ‘Jhootha Kahin Ka’ together.

"I was crying in my makeup room"

Neetu Kapoor and the late Rishi Kapoor looked happy together in the 1979 film Jhootha Kahin Ka, however, they had actually broken up.

Neetu appeared on Indian Idol 12 where she recalled the early days of her relationship with Rishi, saying they went through thick and thin together.

On the show, she talked about filming the song ‘Jeevan Ke Har Mod Par’ from Jhootha Kahin Ka.

She revealed that while they looked madly in love, in reality, they had broken up.

The actress shared a video collage of her and Rishi talking about the same story on different occasions.

In the video, Rishi is seen talking about the breakup at an event.

He had revealed that they were not speaking terms with each other.

The song took four days to film. During those four days, Neetu and Rishi did not speak to each other once. But on screen, they looked like a happy couple. 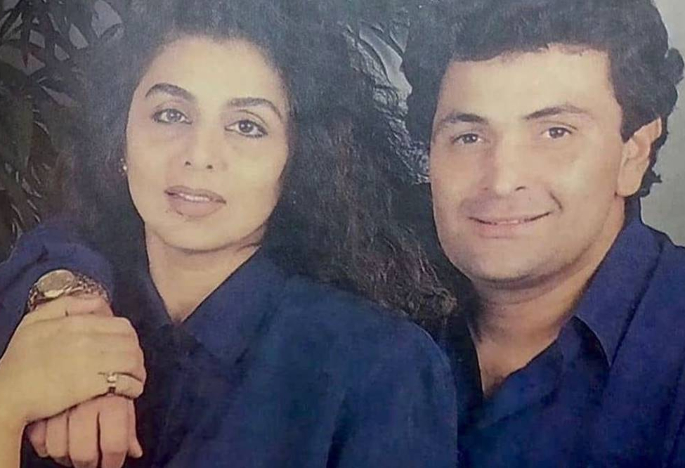 The other video showed Neetu Kapoor talking about it on Indian Idol 12.

She stated that she appeared happy on-screen but she was actually very upset over the breakup.

The actress revealed that the ordeal was so bad, a doctor had to be called on the film’s set.

“In the song from Jhootha Kahin Ka, ‘Jeevan Ke Har Mod Par’ – we both are seen dancing happily but in reality, we had broken up.

“I was crying in my makeup room, there was a doctor called on the sets and I was even injected with medications but during the shoot, we were required to dance with big smiles on.”

Although the pair were not on speaking terms, they still gave a beautiful performance.

She captioned the video:

“Same story narrated by both of us on different occasions.”

Neetu’s social media post received a lot of love from netizens who wrote about how true their love is and how they were made for each other.

Neetu and Rishi married in 1980 and worked together in various films.

Some of their biggest hits include Kabhie Kabhi, Amar Akbar Anthony, and Do Dooni Chaar.

In April 2020, the veteran actor passed away after a battle with cancer.

He had the likes of Sharmaji Namkeen in the pipeline and had filmed parts of the film.

Meanwhile, Neetu will next be seen in Jug Jugg Jeeyo alongside Anil Kapoor, Varun Dhawan, and Kiara Advani.

Dhiren is a journalism graduate with a passion for gaming, watching films and sports. He also enjoys cooking from time to time. His motto is to “Live life one day at a time.”
Abhinav Kohli reacts to Comments made by Shweta Tiwari
‘Meet The Khans’ introduce Glamour & a Trip to Dubai