‘Meet The Khans’ introduce Glamour & a Trip to Dubai

The first two episodes of Amir and Faryal’s show ‘Meet the Khans: Big in Bolton’ introduce their lavish lifestyle and a trip to Dubai.

“Forget the bling, it’s all about being in the ring.”

The new series of Amir Khan and Faryal Makhdoom’s reality show Meet the Khans: Big in Bolton has officially begun.

The first two episodes of the eight-part series aired on BBC One on March 29, 2021.

The two half-hour episodes took viewers into the world of boxing champion Amir Khan, his rise to fame and his love for his hometown.

The episodes also gave fans a glimpse of Faryal Makhdoom’s life as an influencer and mother of three young children.

We bring you the highlights of the first two episodes of Meet the Khans: Big in Bolton. 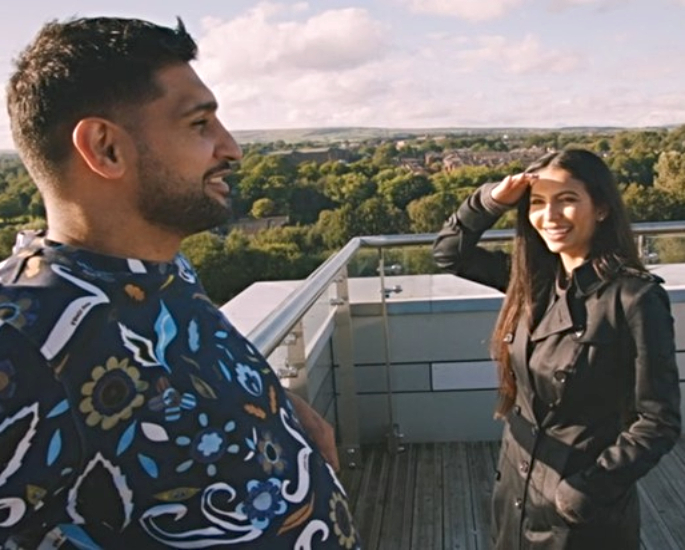 From the introductory episode of Meet the Khans, Faryal is clearly the boss of the Khan household, as she describes Amir as “the fourth child of the family”.

After a quick lesson from Faryal on how to take the bins out, Amir admitted:

Amir is aware his boxing days are reaching an end, but he is “not ready to pack it in”.

According to him, despite his lavish lifestyle, boxing is his one true motivator. He said:

“Forget the bling, it’s all about being in the ring.”

Amir also reminisces over his childhood, remembering key moments such as getting his head stuck in the gate outside his house.

“Growing up in Bolton we didn’t have much, but it’s made me who I am.

“And obviously I have made the most of everything around me. I will never forget where I came from.”

Elsewhere on the show, Faryal escapes their Bolton mansion for a photoshoot, leaving Amir to look after their three children, Lamaisah, Alayna and Muhammad Zaviyar.

According to Faryal, she wants to be known as something more than “someone’s wife”. She said:

As well as being an influencer, Faryal is the brains behind her and Amir’s boxing and business ventures.

This is also true for their large wedding hall project, on which Amir has spent more than he planned due to being a “yes man”.

The wedding venue has sat unfinished and Amir revealed that he has gone £7 million over budget.

He then shocked viewers after stating that he does not know where £5 million of the extra funding went, begging his wife to step in and take control of the finances.

“It was my dad’s idea, he wanted to start a wedding hall business saying ‘it’ll be good when you retire to keep you busy and to build something in Bolton for the Bolton community’.

“It’s such a headache though.”

The first episode rounds up with a date night in Manchester, where Faryal said:

“I would never change the man I married. I love Amir and I felt like we grew up together. But I do think that I was really young to face all the criticism.

“It was a bit difficult but I’m glad I call England home now.” 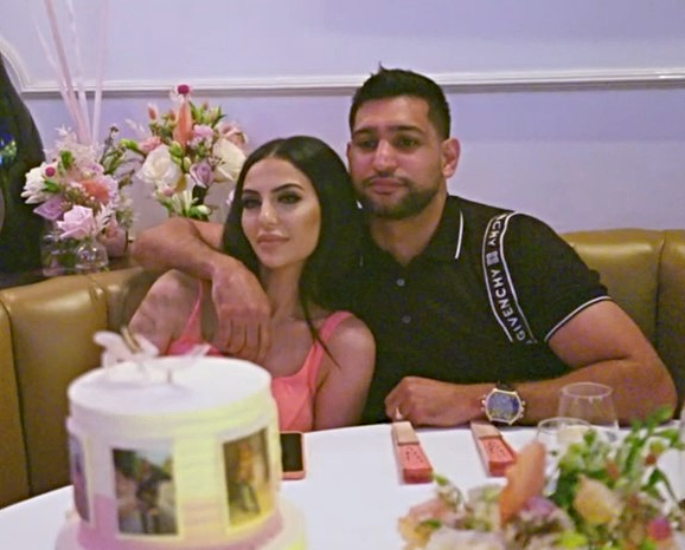 The second episode of Meet the Khans begins at home, where Amir and Faryal discuss their relationship with Faryal’s mother.

A key theme of the series seems to be Faryal’s unknown knack for business, as she manages Amir’s career as well as her own.

Amir said: “No one knows this, but she does kind of run the whole operation behind the scenes.”

The pair are seen packing for the trip, which includes a £15 T-shirt of Amir’s amongst Faryal’s designer shoe collection.

Before the trip, however, Faryal sees a therapist to discuss her and Amir’s relationship issues and past cheating allegations.

She also spoke of the negative impacts of people calling her a “golddigger” and a “doormat”. She said:

“As much as you want to forget a bad part of your life you can’t because you’re constantly reminded of it.”

“I think the hardest part was the media making it worse.”

“The media never sees what you go through, they just want to sell a story not realising how much harm it causes me and my children.”

However, Faryal spoke lovingly of her husband while in Dubai, saying she loves how Amir has time for everybody.

Their trip to Dubai sees Amir meeting a young fan, before heading to a yacht for Faryal’s birthday party.

The Khans discuss how at peace they feel in Dubai, and consider purchasing a holiday home there to escape the UK hustle and bustle.

According to Amir, he wants to “put the past behind me, move forward and watch the kids grow up”.

Upcoming episodes of Meet the Khans will include makeup samples, a wedding hall tour and a glitzy piece of art.

Meet the Khans: Big in Bolton continues on Monday, April 5, 2021. It is also available to stream online on BBC Three.

Louise is an English and Writing graduate with a passion for travel, skiing and playing the piano. She also has a personal blog which she updates regularly. Her motto is "Be the change you wish to see in the world."
Neetu Kapoor reveals Breakup with Rishi Kapoor
Has Shah Rukh Khan lost his Stardom?