Shah Rukh Khan is known as the ‘Baadshah of Bollywood.’ We examine whether he continues to dominate the industry or has lost his edge.

“As long as there is pink in the world, it will always be a better place."

Any Bollywood enthusiast only has to hear the words Shah Rukh Khan and a cult figure comes into mind.

Cinemas used to explode whenever they saw Shah Rukh Khan take a beautiful heroine in his arms.

Whenever he raised his arms in the air or seductively emerged out of the water, many women
lost their balance.

Dozens of brands including Nokia and Liberty Shoes sent cash tills ringing with his face attached to their products.

Many of these brands perhaps owe their domestic success to the star.

But is SRK the same star that we saw during the 90s and 2000s? Before we take a look at this, let’s remind ourselves. Where did it all begin?

Back in 1992, despite not have any prior connections to the movie industry, he burst on to the silver screen. He rose to fame playing the anti-hero in Baazigar (1993) and Darr (1993).

He won the ‘Best Actor’ Filmfare award in 1994 for Baazigar. Darr was a Yash Chopra direction. He was a filmmaker behind some of Indian cinema’s most enduring classics of the 60s and 70s.

No-one could enjoy the success that Shah Rukh was basking in. In 2005 alone, he was nominated three times for the ‘Best Actor’ Filmfare award.

The crown was firmly placed on to his head. However, has that all changed? We delve further into this debate. 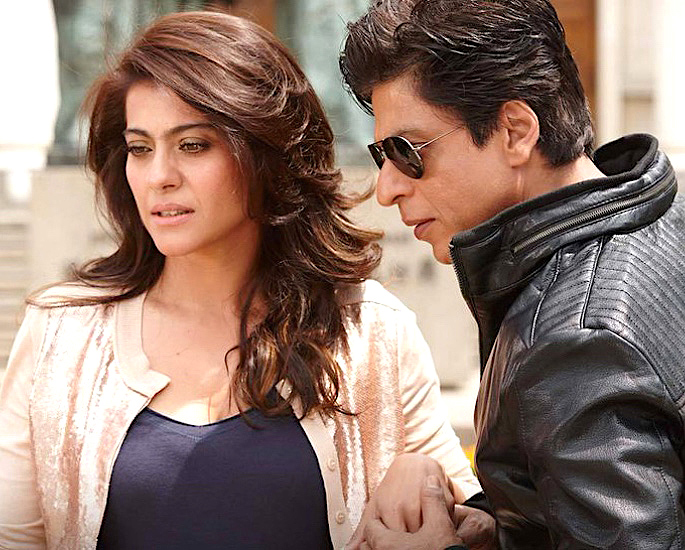 Shah Rukh Khan’s ambitious films such as Ra. One (2011) and Don 2 (2011), both suffered heavy collection drops, despite starting strongly.

Anupama Chopra from Film Companion reviewed Dilwale in 2015. She said:

Madhuri V from Filmibeat was critical also about Zero:

“Your heart refuses to forgive the wobbly writing in the second half.”

The interesting thing about these two films was that they both featured impressive star casts.

Shah Rukh Khan and Kajol reunited after five years for Dilwale. They starred in classics such as Baazigar, DDLJ and Kuch Kuch Hota Hai (1998).

Zero even had an item song from Salman Khan. So why did these films flop? It is clear that things did not go according to plan for SRK. 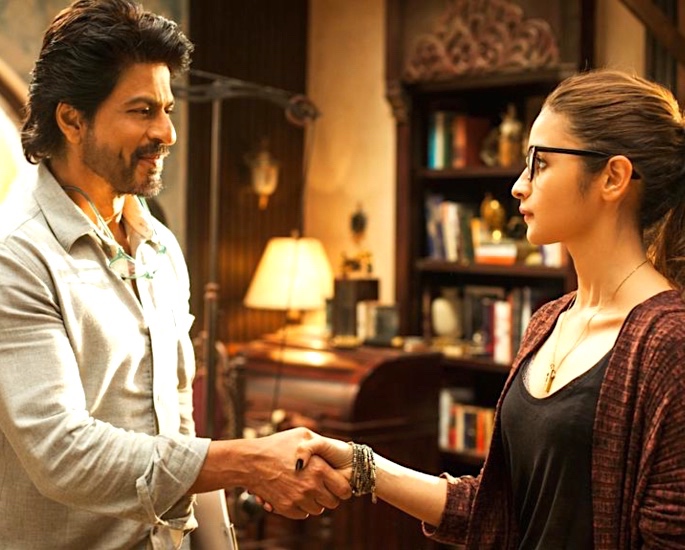 Many fans of Shah Rukh Khan and his supporters believe it is not all doom and gloom.

His second 2016 release, Dear Zindagi was a good film from a critical perspective. In the film, Shah Rukh stars as a therapist (Dr, Jehangir Khan) who provides support to a struggling Alia Bhatt (Kaira).

SRK has a very special appearance in the film. Rohit Bhatnagar of Deccan Chronicle, praises his work, saying:

This film may not have had the numbers in terms of box office figures. But one cannot deny that the moving themes of the movie and his performance had a big impact on audiences.

There is a powerful scene where Kaira breaks down in tears in front of Dr Jahangir Khan.

“Don’t let the past blackmail the present to ruin a beautiful future.”

The film also emphasised that SRK is not just a romantic hero and one dimensional.

The New Batch of Stars 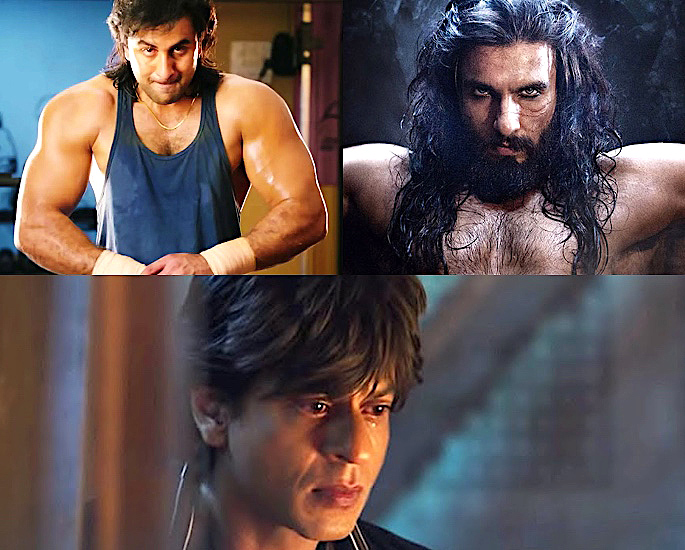 It is important to recognise that many contemporaries of Shah Rukh Khan are somewhat doing better than him.

Ranbir Kapoor, who made his entry into the industry fifteen years after Shah Rukh, soared to new heights with Sanju (2018).

The two young actors bagged Filmfare awards in 2019 for their performances. Anna from FirstPost singles out Ranbir for Sanju:

“Sanju belongs [though] to Ranbir Kapoor.”

Rajeev Masand from News18 had similar sentiment about Ranveer for Padmaavat:

“The film belongs to Ranveer Singh whose delicious performance is its biggest strength.”

Comparatively, Zero which came in the same year had overwhelmingly negative reviews. Taran Adarsh of Bollywood Hungama went on to describe it as “an epic disappointment.”

Ranbir and Ranveer were not measured up to Shah Rukh previously. How have they suddenly became the next contenders for the crown?

Maybe, they have better films. Perhaps, audiences want to see a change, with the others taking over the mantle. 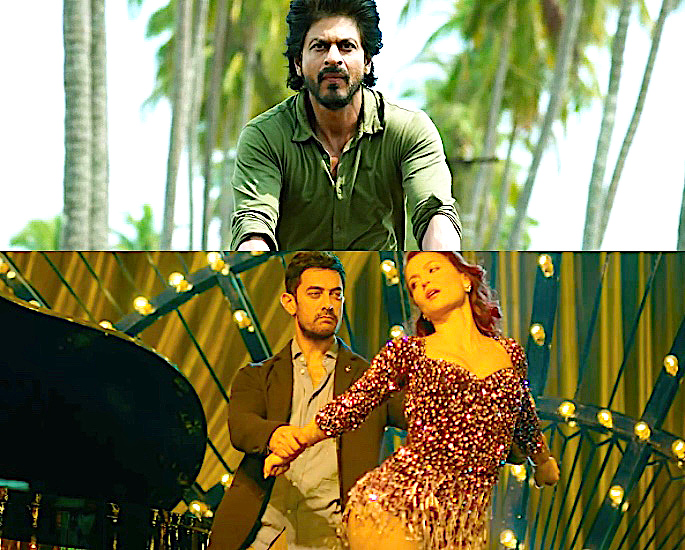 The label of ‘old’ has perhaps become synonymous with the brand that was once making watches sell faster than cupcakes.

Shah Rukh Khan is several months younger than Aamir, yet the latter has not been labelled old.

A game of ‘Who Am I?’ was played at the University of Worcester in 2018. A girl called Priya was trying to guess the person, Shah Rukh Khan.

One of the players hinted:

“An Indian actor who has become old…”

She guessed it correctly! Hindustan Times cited their Facebook page, where someone wrote about SRK:

“He has started looking old and needs to move on.”

The ‘One-Man industry’ Amitabh Bachchan ventured into character roles at the time when SRK was reigning supreme.

An aging, overweight Shammi Kapoor won a Filmfare award in 1983 for his character role in Vidhaata (1982).

Filmmakers will perhaps need to present Shah Rukh differently if he is to recapture his charm.

Maybe SRK as a bearded, old father will be alienating to fans. But there’s no harm in experimenting with other characters.

Perhaps that’s what he needs to do to become a leading star again. He should take some time and see what works. 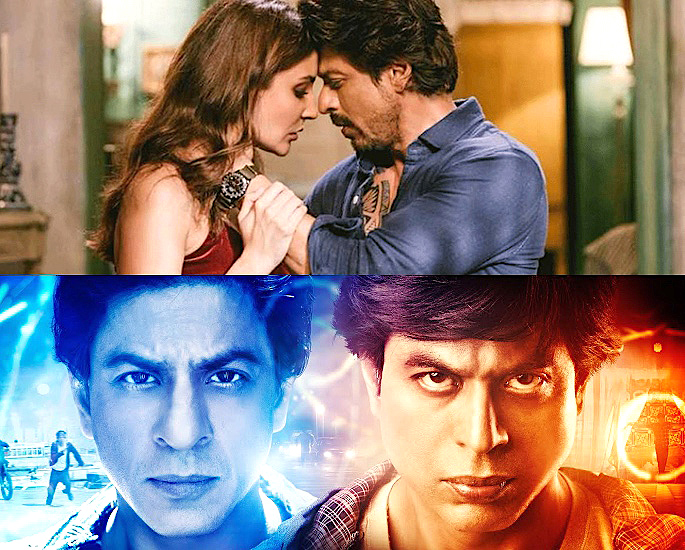 Filmfever conducted a public review of the Aamir Khan debacle Thugs of Hindostan (2018).

In context to the review, a viewer warned filmmakers that the story of any movie needs to be good to succeed.

Despite some of his films not working, Shah Rukh surely must have signed them with the best of intention.

Then why have these films not done so well? It may be a case of not executing them as intended or they are just poor scripts.

She continues to write about his flop films:

“Doing such films is genuinely hurting some of his fans who have to see his movies not do well completely because of bad scripts and execution.”

It’s worth noting that while his films may not have worked, Shah Rukh’s performances have been praised.

There was once a time when just Shah Rukh Khan asking a girl to ‘palat’ (turn around) sent audiences crazy.

But clearly, star power is not enough anymore to make a film work. SRK needs to look out for stronger scripts that are suitable for him at this stage. 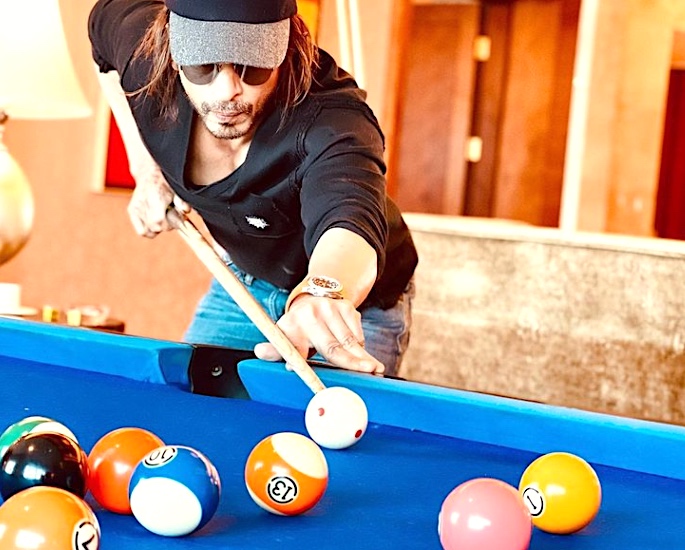 Although Shah Rukha has not had a popular run in movies post the 201o, he is still deeply adored by millions.

His Twitter followers stand at over 41 million. He is the third-most-popular Indian film star on the platform after Amitabh Bachchan and Salman Khan.

In January 2021, Shah Rukh Khan shared a stringy-haired photograph of himself playing poo on his Instagram. The caption alongside reading:

“As long as there is pink in the world, it will always be a better place.”

There may not be as much love for his films. But there is still love for the actor. But love is not the same as stardom.

He has over 12 Filmfare awards to his name. He is one of only two actors to bag eight ‘Best Actor’ awards.

It is evident that Shahrukh is a very talented actor with a staggering body of work.

DDLJ is still playing regularly at Maratha Mandir Theatre in Mumbai, over twenty-five years after its original release.

There are evidently a lot of things Shah Rukh could consider to become the star he used to be.

Many of his film colleagues such as Salman Khan, Akshay Kumar and Ajay Devgn have seen their ups and downs. But they have come out of it stronger.

Anupama Chopra described Khan in Fan as an “actor who reclaims his stage. However, viewers are putting more emphasis on the story.

The name of an actor is not as enticing to a film; there may not be a “stage” anymore.

But with a good script and the right character, SRK is more than capable of hitting back into the hearts of audiences.

Thousands of fans flock outside his Mannat bungalow on 2 November every year to wish him a happy birthday. The love is still there.

There is no reason why he can’t come back with great films in the future. Thereby, becoming the star we know.

Manav is a creative writing graduate and a die-hard optimist. His passions include reading, writing and helping others. His motto is: “Never hang on to your sorrows. Always be positive."
‘Meet The Khans’ introduce Glamour & a Trip to Dubai
Ahmad Ali Butt caught Cheating by Wife Twice?