Saran Kohli has been a designer for over a decade but his costume work for the Marvel movie Eternals is set to make him a household name.

"The hope is to begin open conversations and further educate"

Saran Kohli has been designing men’s clothing for over a decade.

He has an impressive client list that includes David Beckham, Sachin Tendulkar and the Mayor of London, Sadiq Khan.

The British Indian designer launched the Saran Kohli Label in 2009. His menswear is a mix of modern and traditional styles.

Saran’s clothing line are worn by singers, actors, sportsmen and grooms on their special day.

His work is stunning, so much so that two years ago he received the opportunity of a lifetime. Saran was approached by Marvel to provide costume design for their film Eternals (2021).

The movie releases in November 2021, where we will finally get to see his handiwork. The London-based designer may have been flying under the radar but that’s all about to change.

We delve further about the designer’s menswear collection. We also explore what everyone can expect to see in the Eternals (2021) movie and why Saran Kohli is a name you need to know. 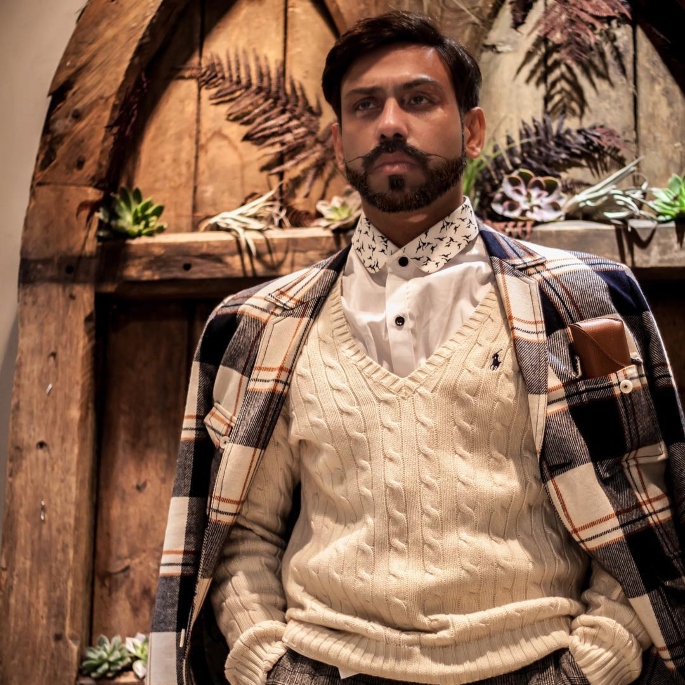 Saran Kohli graduated from the London College of Fashion with a degree in Fashion Management. He then went on to work for Hugo Boss, Banana Republic and the Japanese designer Michiko Koshino.

He worked in all areas of fashion including styling, marketing and PR. This is prior to beginning his journey into designing menswear.

The Saran Kohli Label was born in 2009. The focus was to use traditional methods in creating modern styles for men to wear with confidence.

In 2011, he was awarded the ‘Best Newcomer Award’ at the International Asian Fashion Awards.

He also designed unique couture pieces, with a rich list of clients under his belt. This includes Jay Sean, JLS, Mumzy Stranger and H Dhami to name a few.

In 2016, the Saran Kohli Label opened its flagship store in London where design consultations could be held.

Saran’s signature streamlined jackets are a hit with many musicians.

The unique pieces fuse luxurious fabrics such as silk, jacquard and wool, They are also then embellished with elegant embroidery that has an ethnic influence.

All tailoring is done in-house in the UK or at production houses in Italy and India. The fabrics are cut into a distinctive slim fit that the label is known for.

Although Saran was born in England, he did spend a lot of his childhood in Delhi, India. This is where he learned about manufacturing and crafts from his mother, who is also a designer.

Saran’s dual heritage is evident in the Saran Kohli Label as it offers suiting and tuxedos as well as bandhgalas and shirts inspired by the traditional kurta.

Saran speaking about the label said:

“I wanted to find that fine line between my heritage and a sartorial finishing with an informal approach to clothing.”

His intricate designs are all handcrafted to perfection. His clients can also choose exclusive linings, trims and buttons to make a truly unique piece. 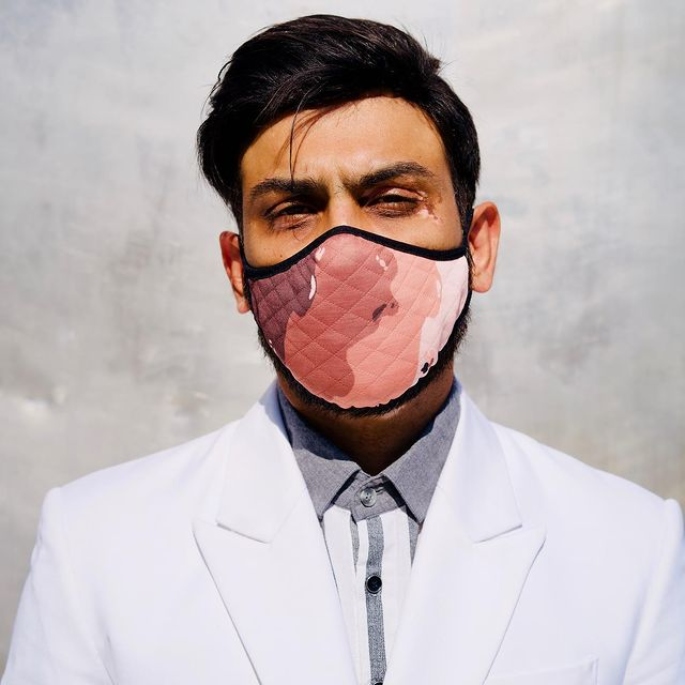 Saran Kohli has also used his personal struggle with the skin condition vitiligo to spread awareness and combat the stigma around it.

In 2020, during the Covid-19 pandemic, he designed a range of vitiligo face masks and stated:

“The digitally printed design on the premium cotton fabric of the reusable masks look like vitiligo and each mask is as unique as our own skin is!

“The hope is to begin open conversations and further educate people about vitiligo via these visual representations on now an essential protective piece.”

Part of the proceeds raised is donated to the Vitiligo Society. You only need to look at Saran’s Instagram to see that the designer has a flair for putting together ensembles.

His handlebar moustache adds an aristocratic charm to his regal outfits.

He is the epitome of how a maharaja would dress in a contemporary society. 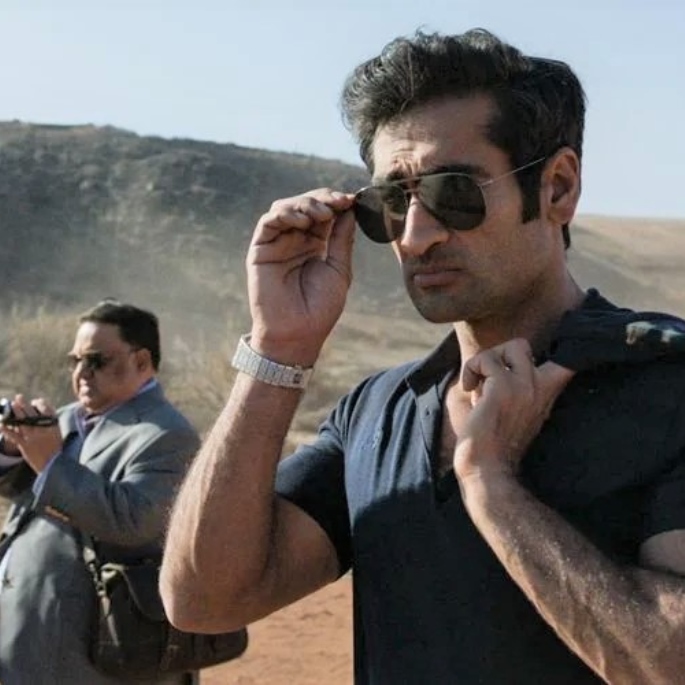 Saran Kohli was approached by Marvel to design costumes for their movie Eternals (2021).

The trailer enthralled Desis everywhere with the tease of an Indian wedding and a Bollywood style dance sequence.

At the time of the phone call, Saran had no idea that the work requested was for a Marvel movie:

“Initially, they didn’t even tell me if it was for a film. They just told me that they are looking for some costumes for this scene that has got a bit of a dance sequence.

“When they sent an email, the film name was different, it was a made-up name of a film. They asked me to meet them at the Pinewood Studios.

“When I spoke to one of the heads of the costume department at Marvel, I realised it was something big for sure.”

Saran Kohli has designed over fifty costumes for the Bollywood style dance sequence. This includes portions of the outfit that is worn by actor Kumail Nanjiani.

Kumail is playing the part of Kingo Sunen and is the Marvel franchise’s first South Asian superhero.

The scene is one where Kumail’s character is pretending to be a Bollywood superhero. Fifty-two dancers feature in the scene and Saran designed all of their costumes.

An interesting fact is that the designer himself is a dancer and choreographer. Hence, there is no doubt he knew the way to really capture the Bollywood essence. 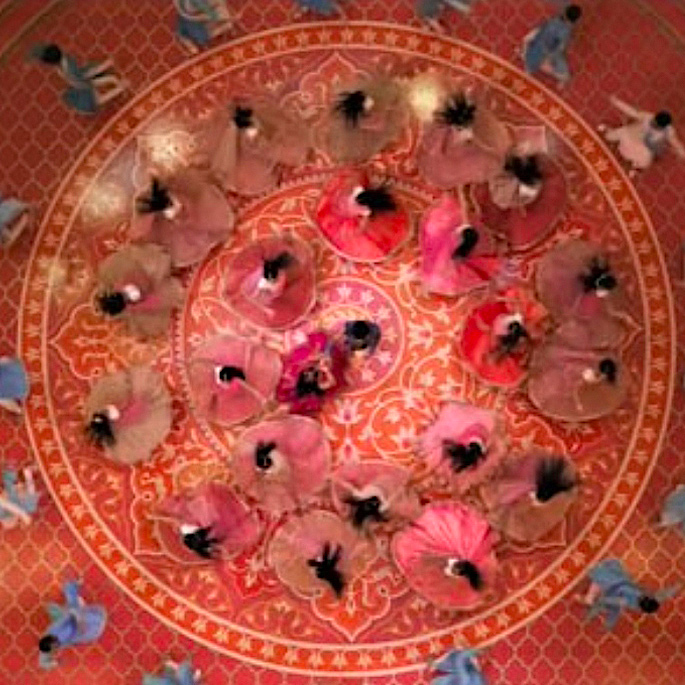 In initial meetings with the costume department, Saran was simply given a printout of a sky.

The costumes may look similar and that of one design but the differences are complex. Each costume is made up of several different constructing layers.

The patterns and designs for the darker hues are totally different from the lighter. All patterns are blended with the original palette. However, they also had their own individual design.

Saran’s instructions were very thorough as he explains:

“The Marvel team gave me a detailed brief about the lehenga cuttings, the blouse adjustments and each and every thing.

“They pay attention to the smallest of details.”

He continues to express about the film industry puts more emphasis on certain individuals:

“In Bollywood, people only focus on the hero and heroine’s costumes and not much on the background dancers.”

Over the course of six weeks, the colour palette was also transformed into the costumes. Viewers had a glimpse of this in the movie’s trailer. An aerial view of the dancers shows hints of blue, pink and orange.

It is easy to confuse the scene for belonging to a Bollywood film. Saran Kohli said he was impressed with the amount of research that was done by the crew, stating:

“It was shot in the UK, but it felt like Mumbai. They did their research and went into a lot of details. Being on the set, it was a very proud moment.”

The brief that Saran received stated that an authentic portrayal of the Hindi film industry was paramount. He claimed that he was honoured in showing an aspect of Indian culture to a worldwide audience:

“Marvel doesn’t just have an American audience, it is in every corner of the earth. It makes us feel appreciated and also inspires a lot of young talent to embrace who we are.

“No matter where we are, we can represent our roots.”

Saran Kohli is certainly a well-known designer. With the release of Eternals on November 5, 2021, he is sure to raise his profile even more. Desi fans worldwide will eagerly be waiting to see the Bollywood dance sequence.

With the effort and detail that has been put into the costume design by Marvel, the outfits are also sure to be impressive. Saran himself is already making plans for the future.

As of 2021, he is planning the launch of his e-commerce store. He is also working towards taking his designs to India.

With his impressive portfolio, it is only a matter of time before his worldwide domination continues.