The trailer for Marvel’s ‘Eternals’ released and fans were surprised to see a Bollywood dance number at an Indian wedding.

"I felt such gratitude towards Chloe"

Marvel fans were pleasantly surprised by the Eternals teaser trailer as it featured a Bollywood-esque dance number.

The Chloe Zhao-directorial featured Kumail Nanjiani sporting a superhero costume-style kurta as part of a Bollywood-inspired dance number at an Indian wedding.

South Asian fans were delighted to see the representation in Marvel’s most diverse film.

Kumail previously revealed that there would be a dance number.

He said: “Among the movie’s unexpected set-pieces is a Bollywood dance sequence, with some 50 dancers.

“When I walked onto the set and saw a huge group of brown people who were going to be in a Marvel movie, I felt such gratitude towards Chloe for creating the situation.

“The scene was full of joy.”

One user said: “For brown guys like me, there is a lot here to be excited about and to feel proud about.

“As a bonus, thanks to Kumail Nanjiani, I now believe that I too can have a six-pack! Happy weekend!”

Another said: “So many Indian cultural references.”

“Excited to have a brown person finally be in the MCU!”

In the film, Kumail plays Kingo, who has the power to project cosmic energy projectiles with his hands in addition to being a skilled swordsman.

Over the centuries that he has lived, Kingo is shown to develop a liking for wealth and fame.

In the present day, he is a Bollywood star but he must leave that behind to help the rest of the Eternals fight a threat called the Deviants.

The trailer opens with Gemma Chan and Richard Madden.

They are revealed to be the first Eternals to arrive on Earth.

However, the Eternals have existed since the beginning of mankind.

Viewers then get to see the rest of the Eternals. This includes the likes of Angelina Jolie, Kit Harrington, Salma Hayek, Harry Keoghan and Bryan Tree Henry, among others.

In all their existence, the Eternals have helped humanity achieve great things, and they have never interfered in their matters.

However, it also then reveals that is about to change.

From the beginning, Gemma Chan and Richard Madden (who play Sersi and Ikaris) are shown to be a couple.

In the film, their wedding is also shown, which is where Kumail performs his dance number.

Watch the Teaser for Eternals 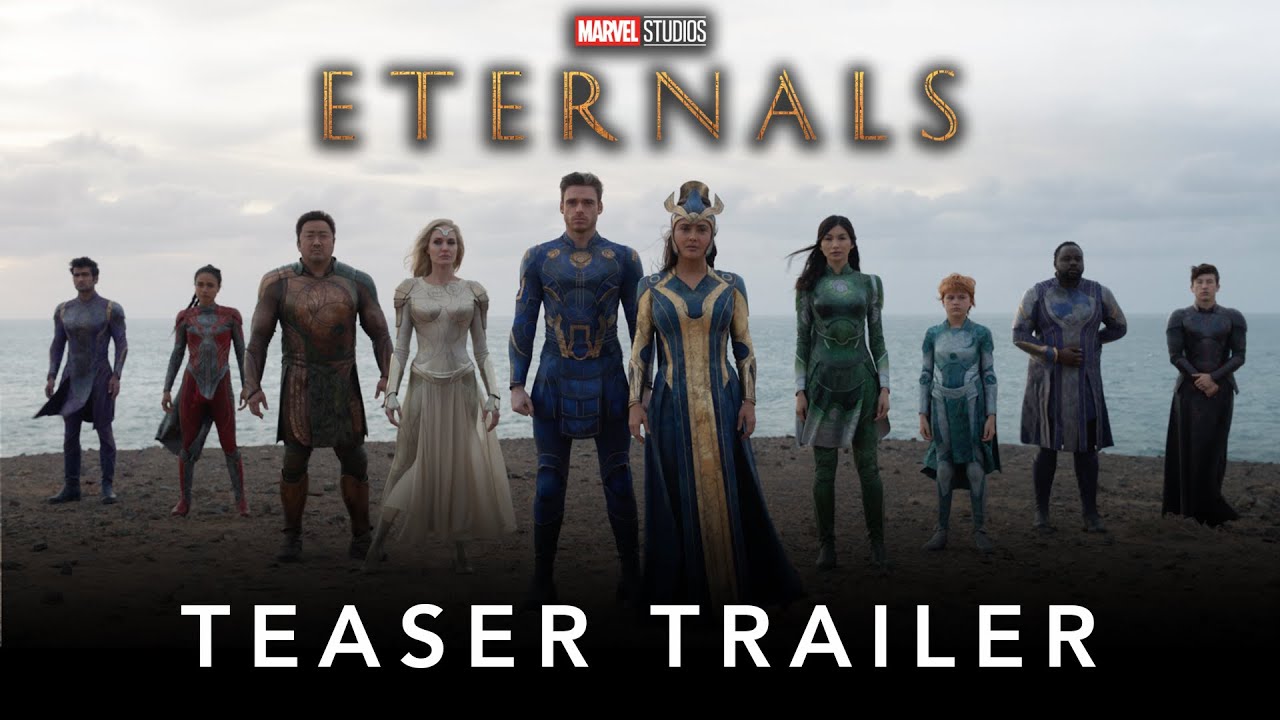 Dhiren is a journalism graduate with a passion for gaming, watching films and sports. He also enjoys cooking from time to time. His motto is to “Live life one day at a time.”
Delhi HC orders WhatsApp to suspend users pirating ‘Radhe’
Indian Idol 12’s Shanmukhapriya reacts to Backlash