Pakistan’s legendary singer Shaukat Ali has passed away at the age of 78. He was renowned for bringing Pakistani Punjabi music to the fore.

Iconic Pakistani folk singer Shaukat Ali sadly passed away on April 2, 2021, at the age of 78 following a brief illness.

Ali had been undergoing treatment at Lahore’s Combined Military Hospital.

He had been suffering from multiple health issues, including diabetes and liver failure. A few years ago, he had undergone a heart bypass.

However, in October 2020, his health deteriorated.

As a result, his three sons started a funding campaign for their father’s treatment.

His son Imran had said that due to the Covid-19 pandemic, there had been no events, therefore, his father needed financial aid.

He had said: “My father is a 1991 Pride of Performance [awardee] and his services for this country as a folk singer cannot be forgotten.

“I appeal to the chief minister and the cultural institutions to provide financial assistance for my father who is battling for his life.”

He was taken to hospital in Khairpur for a liver transplant.

Ali was then transferred to Combined Military Hospital after he suffered liver failure. He tragically passed away during treatment.

Punjabi poet Gurbhajan Gill knew Ali for over two decades. He said that Punjab has lost a towering cultural figure.

He said: “He would frequently visit Punjab and was often seen at weddings of friends from the fraternity.

“Amrita Pritam’s interview-based piece on him, which was published in her magazine Nagmani was remembered for long.”

The PM said that Ali’s services to singing in Pakistan will always be remembered.

Shaukat Ali was born into a family of artists in Malakwal, Gujrat, and first started singing in the 1960s. His first mentor was his elder brother Inayat Ali Khan.

He was one of Pakistan’s most prolific musicians, with a career spanning over 50 years.

Ali was introduced to the Pakistani film industry as a playback singer by M Ashraf in Tees Maar Khan (1963).

He later established himself as a performer of Punjabi folk songs, achieving popularity in Pakistan’s Punjab province as well as the Indian state of Punjab.

A pioneer in his style of singing, Ali also performed overseas in the UK, USA and Canada, achieving international recognition.

Ali was also known for singing Sufi poetry with great vigour and a wide vocal range. This included the likes of ‘Heer Waris Shah’ and ‘Saif Ul Maluk’.

But perhaps his biggest hit was ‘Challa’.

Ali took the Punjabi folk song to new heights and it was covered by many artists after him, including Gurdas Maan in the hit Punjabi film Long Da Lishkara, with music by Jagjit Singh.

He was humble and respectful to other artists from Punjab, India, including the legendary Kuldeep Manak and Harbhajan Maan.

Shaukat Ali received the ‘Voice of Punjab’ award in 1976.

He was awarded the ‘Pride of Performance’ in 1990, the highest Pakistani civilian presidential award.

Watch a Performance of ‘Challa’ by Shaukat Ali 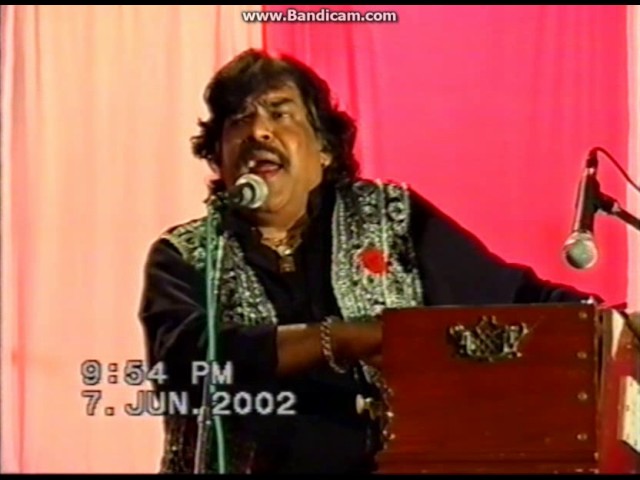 Dhiren is a journalism graduate with a passion for gaming, watching films and sports. He also enjoys cooking from time to time. His motto is to “Live life one day at a time.”
Kailash Kher reveals how AR Rahman Boosted his Career
Musicians Gundecha Brothers accused of Sexual Assault