Legendary Pakistani comedian Umer Sharif has passed away at the age of 66. Tributes have been paid to the ‘king of comedy’.

"He was one of our great entertainers"

Legendary Pakistani comedian Umer Sharif has tragically passed away at the age of 66.

Pakistan’s ‘king of comedy’ passed away in Germany on October 2, 2021, after battling severe health complications.

His death was confirmed by his sister-in-law.

Sharif had boarded an air ambulance on September 28, 2021, for the United States, where he had planned to receive treatment.

But during a stopover in Germany, his health deteriorated.

As a result, he was admitted to a hospital in Nuremberg. At the hospital, he was diagnosed with several ailments, including coronary conditions.

The comedian’s medical condition became a subject of national concern after he made a video appeal to Prime Minister Imran Khan to help him secure a visa to travel abroad for medical treatment.

The Pakistan government and the Sindh government intervened and sanctioned Rs. 40 million (£170,000) for his treatment.

Umer Sharif had suffered a heart attack in August 2021.

According to his close aide Pervaiz Kaifi, Sharif had already undergone two heart bypasses at the time.

He tweeted: “With deep sorrow it is announced that Mr Umer Sharif has passed away in Germany.

“Our deepest condolences to his family and friends. Our CG is present at the hospital to assist the family in every way.”

Umer Sharif’s death sent shockwaves in Pakistan and in India.

“I had the good fortune of touring with him to raise funds for SKMT.

“He was one of our great entertainers and will be missed. My prayers and condolences go to his family.”

Actor Asad Siddiqui said: “The legend!! The king of comedy!!

“He will always be remembered. He’s the reason where so many comedians are standing right now. No words!!”

Alvida legend ?may your soul Rest In Peace ??? #UmerShareef pic.twitter.com/ks4vS4rdL0

Faysal Quraishi said: “Heartbroken to receive the devastating news of our very own king of comedy Umer Sharif.

“He was a true gem in our industry and nothing short of a legend amongst us.”

Ali Zafar tweeted: “Complete loss of words on passing away of the legendary Umar Sharif sahab.

“May Allah grant him the highest place in Jannah and give his family peace. Ameen.”

Actor and producer Fahad Mustafa called Sharif’s death an “end of an era”.

Umer Sharif was born on April 19, 1955, and started his career as a stage performer.

Some of his best-known stage plays include Bakra Qistoon Pe and Buddha Ghar Pe Ha.

He also appeared in films, his most notable one being Mr 420 in which he won National awards for Best Director and Best Actor.

Umer Sharif is the only actor in Pakistan who received four Nigar Awards in a single year.

He was also a recipient of the Tamgha-e-Imtiaz for his contributions as a comedian, actor and producer in the entertainment industry.

Umer Sharif is survived by his wife Zareen Ghazal and while his death is a sad one, his legacy will live on. 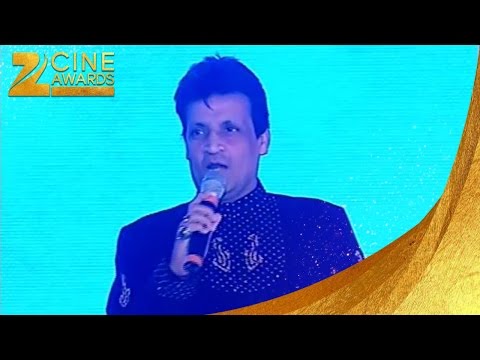 Dhiren is a journalism graduate with a passion for gaming, watching films and sports. He also enjoys cooking from time to time. His motto is to “Live life one day at a time.”
Kangana blasts ‘Dumb Bollywoodias’ over Upcoming Releases
Shah Rukh Khan’s son Aryan detained by NCB