The new Netflix docu-series House of Secrets: The Burari Deaths has captured the attention of netizens. The series is currently trending.

"Definitely one of the best to have come out from India"

After watching the three-part true crime documentary series, netizens flocked to Twitter to share their thoughts on the Netflix exclusive show.

The documentary series revolves around the Burari mass suicide case of 2018.

The case referred to the deaths of eleven family members of the Bhatia family from Burari, India.

Police had ruled the deaths as part of a mass suicide pact that was believed to be instigated by shared psychosis.

The series has taken the third spot on Netflix India and Netflix Pakistan.

Directed by Leena Yadav, the show investigates themes such as mental health and trauma.

Leena, like netizens, was shocked by the Burari deaths case.

Leena said: “At that point, one wondered that will we ever get answers about the why and how of it all?

“That stayed with me for a while. I knew nothing about the case.

“I knew tidbits, some scraps of information that were blown out of proportion, but I didn’t know the real truth.

“That’s what intrigued me.”

House of Secrets: The Burari Deaths continues to evoke reactions from viewers.

It is predicted to overtake the popular Netflix show Squid Game on the trending chart.

One viewer said: “House of Secrets: The Burari Deaths on Netflix is the most insane, haunting and spine-chilling true-crime documentary that I’ve seen in a long, long time and definitely one of the best to have come out from India.”

Another viewer said: “Although this show may be triggering for some, it raises a very stigmatised and equally important issue, namely, mental health.”

“House of Secrets: The Burari Deaths is mind-blowing.

“Netflix delivers yet another true-crime documentary. A must watch!”

The series highlights the repressive nature of Indian families and director Leena agreed that whilst the case is shocking, it confirms the secrecy behind closed doors.

Leena said: “As a child, I thought I was the only one suffering, and everyone else had a happy family.

“The best part of me growing up was that I learnt that everyone had issues. We don’t talk.

“It blocks us from knowing so many truths and it builds in a particular kind of trauma in us, and we grow with it being internalised.”

All three episodes of House of Secrets: The Burari Deaths can be viewed exclusively on Netflix. 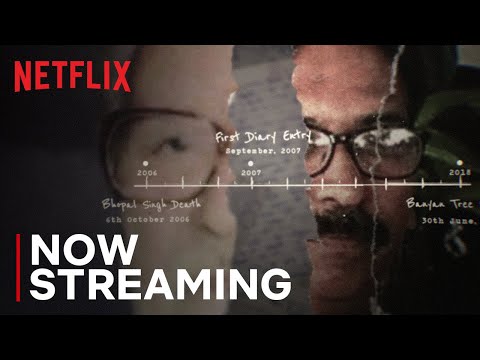