Former Newcastle United striker Michael Chopra has signed up for Sachin Tendulkar’s Kerala Blasters in the Indian Super League. Chopra who is willing to give up his British citizenship to play for India, will participate in the League from October 2014.

“My desire to play for India is well known and now I must do all I can to prove my ability."

Michael Chopra, who formerly played football in the Premier League for Newcastle and Sunderland, has said he will give up British citizenship to play for India.

The striker has announced that he will take part in the first ever Indian Super League. Chopra will play for Kerala Blasters, a team co-owned by legendary Indian cricketer, Sachin Tendulkar.

Up to now, Chopra has scored 114 goals in his career in England, and has played for Cardiff City, Nottingham Forest, Watford and Ipswich Town in addition to Newcastle United and Sunderland.

The thirty-year old footballer has over twelve years of playing experience behind him. He made his debut in the UEFA Champions League in December 2002 against Barcelona at the Camp Nou. 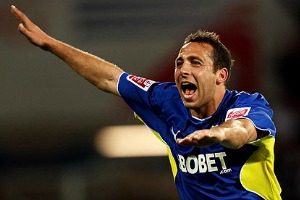 Later, in 2006, he broke a footballing record when he scored what was at the time the fastest goal ever by a substitute in the Premier League. He managed to hit the back of the net after only being on the field for fifteen seconds.

Interestingly, Chopra was also the first player of Indian descent to play and score in the English Premier League.

He acquired his football training through the Newcastle United youth programme, and even played for the England national team at Under-16, 17, 19, 20 and 21 level.

Chopra also represented England at the FIFA World Youth Championship 2003. This was one of the pinnacle moments of Chopra’s career.

Chopra who first expressed a desire to play for India in 2010, has now signed a contract with Sachin Tendulkar’s Kerala Blasters in the new Indian Super League. The League will provide him with an excellent chance to demonstrate his prowess in India for the first time. 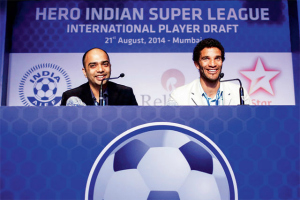 As Chopra finished a contract at Blackpool this summer, the time seemed right for the player to make his debut in India.

An excited Chopra, speaking about this new phase of his career said:

“It’s an amazing feeling and I am very excited and privileged to be a part of this fantastic opportunity to develop football in India.”

“My desire to play for India is well known and now I must do all I can to prove my ability and show fans that I’m worthy.”

“I’d have to give my British passport up to do so but I want to fulfil my career and in years to come I want to tell me son that I was a part of all this.”

Hoping to emulate the success of Sachin Tendulkar in India, Chopra said:

“I want to be part of the legend of Sachin Tendulkar. Everyone knows him because of how well he’s done in cricket and hopefully I can follow in his footsteps in football.”

Chopra took part in the Indian Super League draft, on Thursday 21st August 2014, for the 8 team inter-city League that has been created by the All Indian Football Federation and they’re marketing partner IMG. 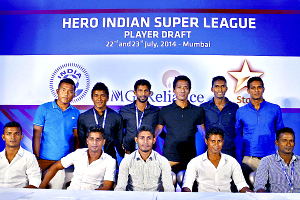 The vice-president of business development at IMG Football said of Chopra:

“We’re thrilled that he’s signed to participate in the Hero Indian Super League, and look forward to seeing him in action for the very first time on Indian soil.”

“This opportunity realises Michael’s goal to progress his football career and to reunite him with his Indian heritage which has been a desire of his for a few years.”

Chopra also hopes that he can help to develop football in India, and as the sport is going from strength to strength in the country this is the perfect time for him to do so.

He has expressed ambitions both to represent India nationally, and also to later establish football academies in the country for youngsters interested in playing.

The Indian Super League begins on October 12th 2014 and will see World Cup winners and European champions Robert Pires and David Trezeguet also take to the field in what is set to be India’s most exciting football development yet.

Eleanor is an English undergraduate, who enjoys reading, writing and anything media related. Aside from journalism, she is also passionate about music and believes in the motto: “When you love what you do, you’ll never work another day in your life.”
Sim Bhullar first NBA Player of Indian Origin
Indian Super League Football Season 2014