After her arrest, it is rumoured that Bharti Singh has been dropped from ‘The Kapil Sharma Show’. Her co-star Krushna Abhishek has responded.

"She has my unconditional support.”

The Kapil Sharma Show star Krushna Abhishek has responded to rumours that his co-star Bharti Singh has been dropped from the show.

This comes after she and her husband Haarsh Limbachiyaa were arrested by the NCB after officers discovered a small quantity of cannabis at their home.

The couple later admitted to consuming cannabis in the past. They have since been released on bail.

It has now been heavily speculated that Bharti has been dropped from the comedy show. Her colleague Krushna Abhishek has responded to the claims.

Not only did Krushna say the rumours were false but he also stated that he and Kapil Sharma fully support Bharti.

He said: “Not at all. I haven’t heard of any such discussion or development from the channel’s end. No such decision has been taken by the channel.

“Even if something like this happens, I will support Bharti. She should get back to work.

“Whatever has happened, has happened. We stand by Bharti and both Kapil (Sharma) and I are with her. She has my unconditional support.”

A shoot for the show had taken place on November 27, 2020, and Bharti was absent. When asked about it, Krushna replied:

“I think Bharti was unwell. She herself didn’t want to shoot or else she would have come. We are like family.”

Krushna revealed that he was among the first to meet her and Haarsh soon after their release. 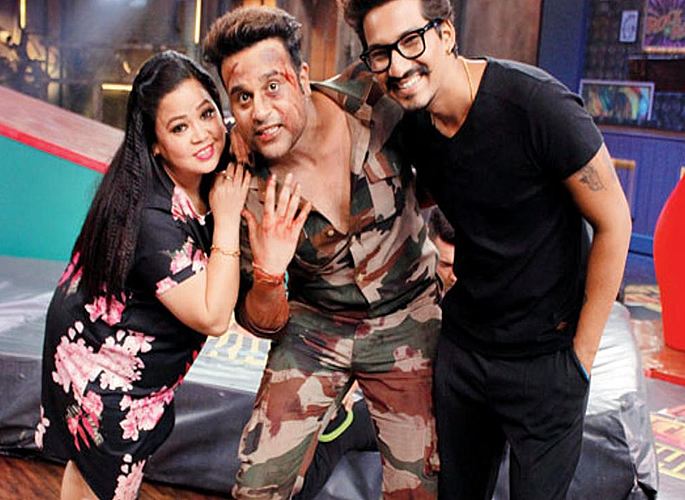 He recalled: “I met them soon after their release. We go back a long way. Our equation goes beyond our profession. I have seen Haarsh from his days of struggle.

“He joined Comedy Circus as a writer at the age of 20. I have witnessed their friendship blossom into love and I even hosted their wedding.

“Bharti is the only one I proudly call my sister apart from my real sibling, Arti.”

Krushna added: “Bharti has stood beside me through thick and thin. She was the first person to meet me when my father was unwell and also when he passed away.

“She was the first person to call me when I had my twin boys. I fell sick while hosting an award function with Maniesh Paul, but Bharti filled in for me without batting an eyelid.

“That’s the bond we share. So, I had to meet her at any cost after she was released. I don’t know about the world and others, but I am standing by Bharti.”

Krushna stated that everyone deserves a second chance but explained that he was not happy about fellow comedian Raju Srivastava’s comments on Bharti.

Soon after Bharti’s arrest, Raju expressed his shock and anger towards her.

He went on to say that he did not think taking any form of drugs helped improve one’s “creativity”, “energy” or “concentration”.

Krushna said that Raju’s comments were “shocking” and that team The Kapil Sharma Show is very upset with him.

Dhiren is a journalism graduate with a passion for gaming, watching films and sports. He also enjoys cooking from time to time. His motto is to “Live life one day at a time.”
‘Shameless’ is India’s Entry in Oscar’s Short Film Category
Bhumi Pednekar reveals difficulty of acting in Horror Films