Krushna Abhishek opens up on Past Rivalry with Kapil Sharma

Krushna Abhishek reportedly used to have a huge rivalry with Kapil Sharma. He opened up about the subject and what changed.

"we have known each other for so long."

Krushna Abhishek and Kapil Sharma were reportedly rivals in the past and would not see eye to eye with each other.

Having worked together on The Kapil Sharma Show, Krushna opened up about the past rivalry.

In an interview, Krushna recalled being in competition with Kapil but since working together, their bond has grown stronger.

He said: “Kapil and my bond has grown stronger. We were once touted as rivals by the media.

“But whenever you ask Kapil about me he will only say good things. He will say Krushna is a wonderful person. And we have known each other for so long.

“It’s just that there was a gap in between and we were not working with each other and then the stories about rivalry started coming out.

“Kapil and my bond has only grown with time.

“He has always supported me.

“I have come to my own show as a guest four times to promote my films.

“A great artist is always good by heart and that quality Kapil Sharma has. He has a good heart and a wonderful, hard-working person.”

“When the lockdown was lifted, we all were thinking how will we manage without the audience but he hats off to Kapil, he pulled it off so well.

“Kapil is par excellence, and I am saying all this because I see him live every time we shoot.

“What Kapil can do, no one else can and that’s why he is Kapil Sharma.

“The energy and positivity he brings to the set is unmatchable.” 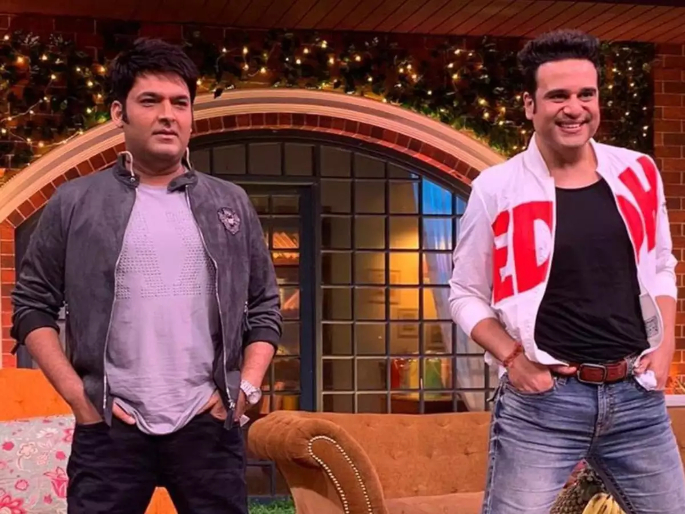 Krushna Abhishek went on to say that they inspire each other to be better, whether it is personally or professionally.

“Kapil has got a lovely wife who has handled him so well. He has two lovely kids, and his family is now complete.

“I was so happy when his baby boy was born. We talk over the phone and messages.

“Whenever he sees my picture or posts on social media he messages me that compliments me.

“He even says I am inspiring him. We inspire each other for fitness.”

He explained that The Kapil Sharma Show was a turning point for his career.

“Yes, The Kapil Sharma Show has been the turning point of my career.

“It is a successful and a big show which is watched by people around the world.

“Having said that the team was not new. We all have worked together in the past. Be it Kapil, Bharti, or me.

“Even the creatives have worked with us in Comedy Circus and this time we all came together once again.

“We were initially nervous whether people would like it or not, but the audience loved it. We all worked hard, and all the positive people came together.”

The Kapil Sharma Show has been on hold since Kapil Sharma and his wife Ginni Chatrath welcomed their second child on February 1, 2021.

Dhiren is a journalism graduate with a passion for gaming, watching films and sports. He also enjoys cooking from time to time. His motto is to “Live life one day at a time.”
Emraan Hashmi reveals how Amitabh Bachchan inspires him
Babil Khan reacts to Accusations of being ‘high’ at Award Show