Indian Mother of Two caught in Relationship with Minor

A married Indian woman and mother of two children has been caught having a relationship with a minor-aged boy she met on Facebook.

The boy claims he loves the woman and she loves him

An Indian mother of two children was caught by her husband after she was discovered to be having a relationship with a 15-year-old boy.

The minor from the town of Jehanabad in Bihar, India, started the relationship on Facebook with the woman, who is aged 35, from the Bihari town of Jamui. They had only met a few days ago.

After initial conversations on Facebook, the pair exchanged mobile numbers on Messenger. They apparently talked day and night and developed feelings for each other.

The boy claims he loves the woman and she loves him.

She wanted to meet him in person, so the minor decided to travel by train on Sunday, July 10, 2022, to see her. He travelled 150 km to Harla village in the Jamui district.

The wife of 10 years received him into her home and told her in-laws that the minor was a relative of a maternal uncle. Initially, her husband accepted this and allowed him to stay with them.

However, on Monday, the next day, in the morning, the husband found his wife and the minor-aged boy in a compromising position in the bathroom.

This led to fury on the husband’s part and he reacted fiercely by beating the boy and his wife.

The woman then started to protect the minor as her love interest and retaliated against her husband. She beat and hit him back.

The commotion and noise from their home in the village attracted interest from the local villagers. They gathered outside the home.

The husband, after meeting the villagers, tied both his wife and the boy together and beat them. 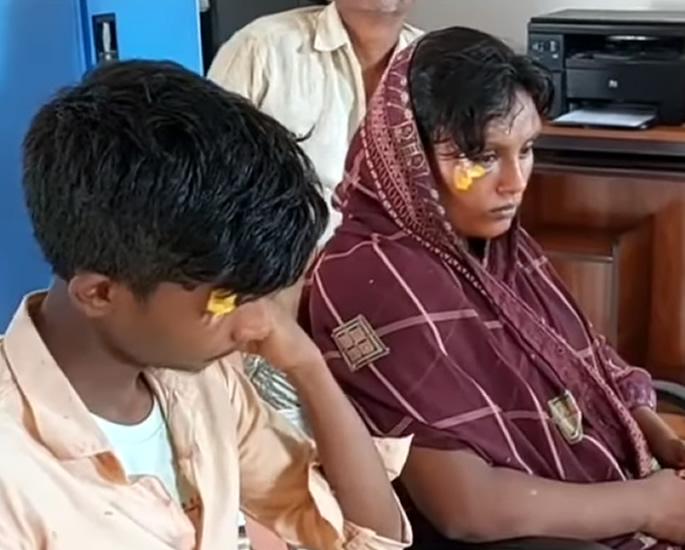 A video of the incident has surfaced online.

The head of the village council, the panchayat was notified of the incident, he engaged in the situation and separated the two sides.

The woman and boy embraced each other outside of the house while the husband stood watching in disbelief.

The relatives of the minor-aged boy have been informed about what has taken place between him and the married woman.

No kind of police investigation into the event seems to have taken place, as Chandan Singh, a spokesman for the local police station said that there is no information about this incident.

Amit enjoys creative challenges and uses writing as a tool for revelation. He has major interest in news, current affairs, trends and cinema. He likes the quote: "Nothing in fine print is ever good news."
Real Work Experiences of British Asian Student Nurses
Sunak, Zahawi and Braverman still in Race for PM