The first song from Mahira Khan’s ‘Quaid-e-Azam Zindabad’ has been released however, it didn’t receive a standing ovation from everyone.

The first song from Mahira Khan and Fahad Mustafa’s upcoming film Quaid-e-Azam Zindabad has been released.

‘Loota Rey’ is an upbeat number that promises to be the soundtrack for weddings.

On June 25, 2022, the first song of the film was shared on multiple social media platforms.

In a Bollywood manner, Mahira Khan and Fahad Mustafa are seen dancing to the vocals of Asrar Shah and Aima Baig.

The actors both described the song as “loud and peppy” on Instagram.

Alongside the video, Fahad wrote: “Prep your loudspeakers and get ready to dance with Mahira Khan & Fahad Mustafa to the beat of Loota Rey!

Many netizens credited the actors for putting a lot of effort into the song in terms of their performance.

One Twitter user was simply in awe of Mahira Khan’s “aura” and screen presence throughout the music video:

“Credit to Mahira and Fahad for Loota Rey, they actually seem like they’re enjoying and putting the effort into the music video.

But the song didn’t receive a standing ovation from everyone online.

For one user, the song itself is catchy but they expected more from Mahira Khan and Fahad Mustafa:

“The choreography is lazy and the set looks repetitive, been-there-done-that. Both Mahira and Fahad look great, but this is underwhelming.”

Another user compared it to the song ‘Ek Chumma’ from the Bollywood film Housefull 4.

A second user added: “They’ve copied an Indian song. They’re not even trying to hide it.”

Quaid-e-Azam Zindabad sees Fahad Mustafa as a cop who may take bribes but also fights the bad guys. Mahira Khan is his love interest in the film.

The film has been directed by Nabeel Qureshi and produced by him and Fizza Ali Meerza.

The film is an action-comedy and the duo’s second appearance together after Mahira Khan’s cameo in Actor-In-Law.

Quaid-e-Azam Zindabad will be released on Eid nationwide in cinemas. However, it will be competing with other Eid releases such as London Nahi Jaunga, Lafangey and Shot Cut. 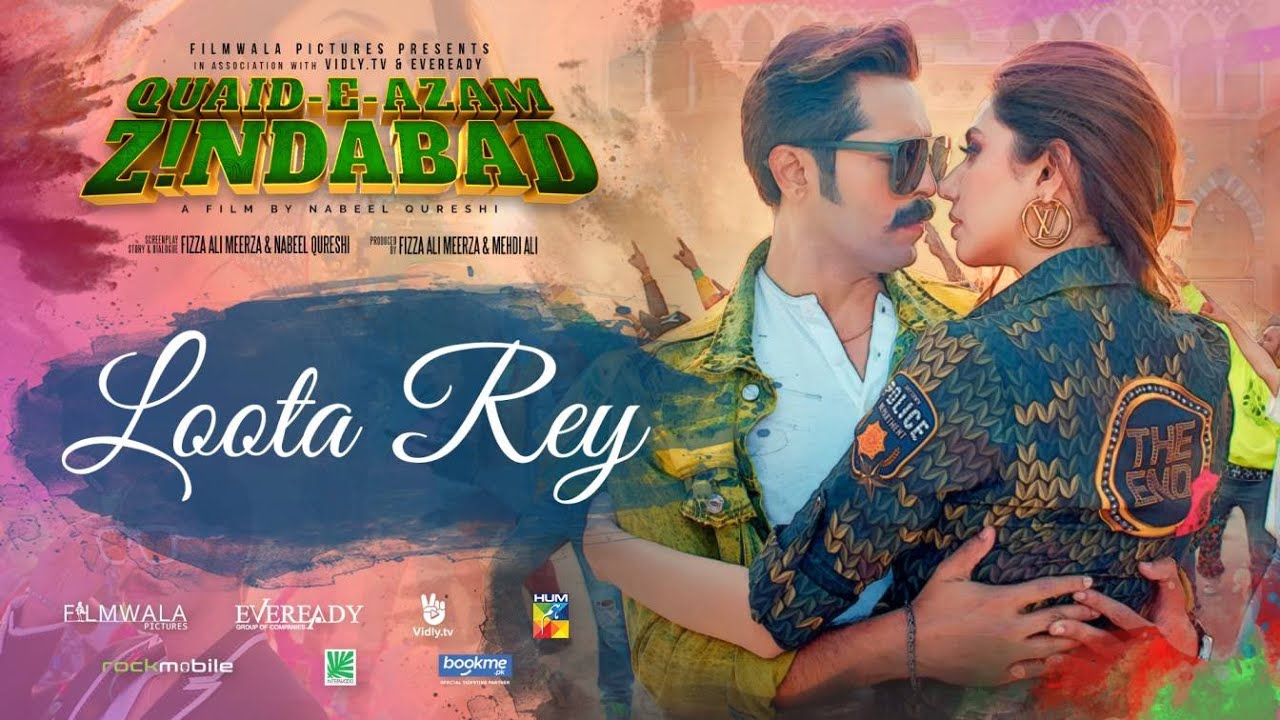 Ravinder is a Journalism BA graduate. She has a strong passion for all things fashion, beauty, and lifestyle. She also likes to watch films, read books and travel.
Kapil Sharma honours Sidhu Moose Wala during Vancouver Show
Do British South Asians still Listen to Bhangra Music?