An Indian woman underwent a hand transplant following an accident. Now, her transplanted hands match the colour of her skin.

"Usually you have to wait a long time."

Shreya Siddanagowda was just 18 when she was involved in a bus accident that crushed both her arms.

A delay in getting first aid meant that both her arms had to be amputated below the elbow.

The procedure took place at the Amrita Institute of Medical Science in Kerala and it was the first upper double-arm transplant in all of Asia.

However, the main problem was finding a donor. For cultural reasons, Indian families are often reluctant for the hands of their loved ones to be available after their death.

Dr Subramania Iyer was one of the doctors who operated on Shreya. He said:

“Usually you have to wait a long time.”

As a result, those seeking a transplant “are so desperate that they don’t mind if the hands are from a different gender”.

Eventually, the hospital obtained a pair of hands from a man in August 2017. Even though they were big, dark and hairy, Shreya accepted.

The donor was a man named Sachin, a Bachelor of Commerce student who died in a motorcycle accident.

Following the surgery, doctors expected her to regain 85% of her hands’ functioning with an 18-month period.

Shreya said: “Hopefully, in the next couple of years, I will be able to lead a near normal and happy life.

“I want to continue my studies and fulfil all my dreams that I had before the accident. I thank the donor Sachin’s family and doctors at Amrita Hospital for giving my life back.”

Since the first in the United States in 1999, only 200 successful hand transplants have taken place worldwide, including nine in India.

The transplanted hands were first attached by the bones before the tendons, blood vessels and skin were stitched together.

Following the transplant, the Indian woman underwent more than a year of physiotherapy for her body and brain to get used to the hands and obtain mobility. 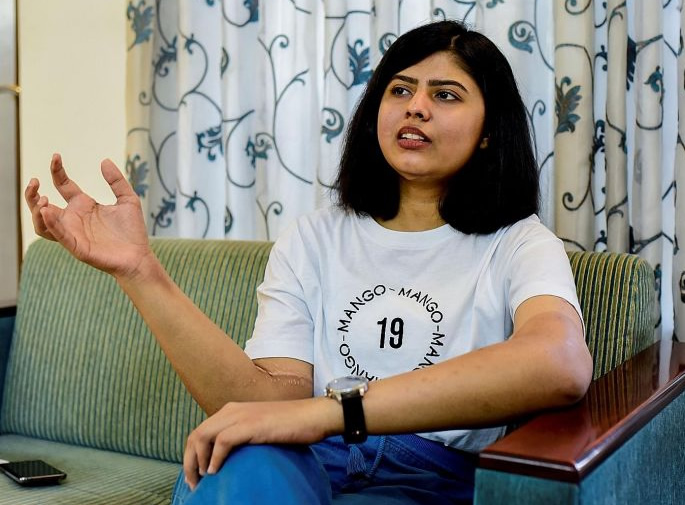 Dr Iyer revealed that the colour of Shreya’s hands quickly began to show “a lot of change”.

“It could be because of MSH, a brain-controlled hormone that stimulates melanin production. We are wondering if MSH levels can really influence the skin colour.”

Dr Shehla Agarwal is a dermatologist in New Delhi. She said that the absence of testosterone was the reason for the hands becoming less hairy.

She agreed that other hormonal changes may have been a factor but she cited other possibilities.

“The donor male may have been exposed to more sunlight and physical activity compared with the woman.”

Shreya loves the change and so do her doctors.

“Now nobody can make out that they are a man’s hands. She has even started wearing jewellery and nail varnish.”

Dr Iyer said: “The best moment was when she sent me a handwritten note on my birthday. I could not have asked for a better birthday gift.”

Dhiren is a journalism graduate with a passion for gaming, watching films and sports. He also enjoys cooking from time to time. His motto is to “Live life one day at a time.”
UK COVID-19 Patient shares his ‘Scary’ ICU Experience
How COVID-19 is Impacting UK’s Housing Market