A man from Bradford contracted Coronavirus and was admitted to hospital. The 24-year-old has spoken about his ICU experience, calling it “scary”.

"they said that it's potentially my arteries collapsing."

Although he has recovered, Faiz thought he might die and said that his family were not allowed to see him.

He explained that prior to his admission to hospital, he was struggling to breathe.

Faiz said: “Before I went into hospital, one of my symptoms that I started to display was me struggling to breathe.”

He told the BBC about the treatment he received.

When he was admitted to hospital, Faiz recalled:

“They were trying to attach all these wires and stuff on my arms and they were really struggling to find some of my arteries and one of the doctors, after about four different doctors attempted to find my arteries, they said that it’s potentially my arteries collapsing.”

After hearing the scary news, Faiz was then transported to ICU where he received treatment.

Faiz revealed that he was conscious at the time.

“They put onto one of these machines that was pushing air down into my throat. I was conscious during that time.”

He went on to say that it was a “scary ordeal”.

Faiz then went into more detail about the machine he was put on and what it did.

“A mask was put on my face and for about 12 hours I think it was, it would push oxygen down into my throat and it was really tiresome because each time I tried to breathe out, this machine is pushing air back down into my throat.” 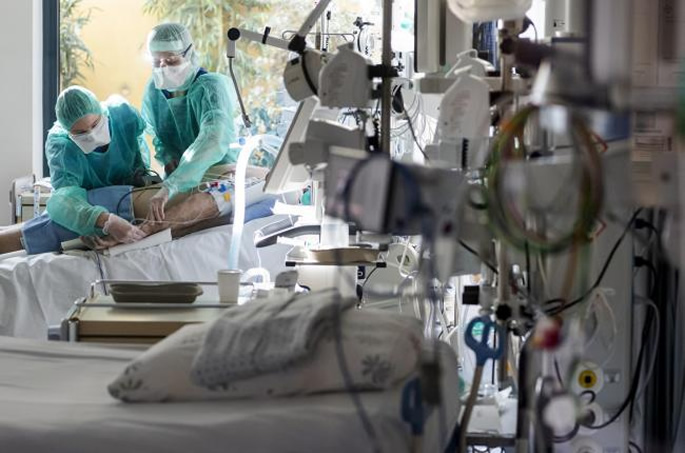 Faiz described his ICU experience as “scary”, not only because of what he was going through but also because he was completely alone throughout the experience.

He said that it was just him and the medics as his family were not allowed to be with him due to the risk that they would also become infected.

“It was really scary because I was conscious during that time as well.”

“Just at the point as well, when I went into ICU, no family members were allowed within the hospital I was in.

“Really, the only comfort I had was the NHS nurses and doctors that were in the room with me and they were looking after me.”

Although Faiz managed to recover from the potentially life-threatening illness, the number of fatalities in the UK continues to increase.

There are over 55,000 positive Coronavirus cases and more than 6,000 people have died.